Into the moral wilderness. 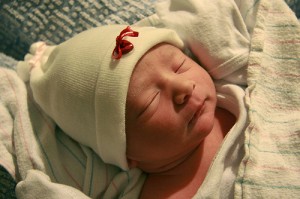 This week’s most terrifying public policy story comes from the United Kingdom, as an already disastrous health care system somehow gets worse. The Blaze has the scoop on “death pathways” (and no, that’s not a Sarah Palin label):

The Liverpool Care Pathway (LCP), an organization that facilitates end-of-life treatment, is behind the inhumane program. The Daily Mail has learned the process of “withdrawing food and fluid by tube is being used on young patients as well as severely disabled newborn babies.” In other words, patients — young and old — are slowly starved and dehydrated to death.

One doctor, acting as a whistle blower, admitted to starving and dehydrating ten babies to death in the neonatal unit of one hospital in a leading medical journal. The doctor describes it as a 10-day process, during which the baby becomes “smaller and shrunken.”

Roughly 130,000 elderly and terminally ill patients reportedly die on the Liverpool Care Pathway, or “death pathways.” LCP is now being independently investigated at the orders of ministers in England.

The Department of Health insists that children’s end-of-life care “must meet the highest professional and clinical standards,” and patients’ families are involved “in all aspects of decision making,” but investigators intend to determine whether money is influencing doctors’ decisions to starve children to death.

The parents want ‘nothing done’ because they feel that these anomalies are not consistent with a basic human experience. I know that once decisions are made, life support will be withdrawn. Assuming this baby survives, we will be unable to give feed, and the parents will not want us to use artificial means to do so. […]

Like other parents in this predicament, they are now plagued with a terrible type of wishful thinking that they could never have imagined. They wish for their child to die quickly once the feeding and fluids are stopped. They wish for pneumonia. They wish for no suffering. They wish for no visible changes to their precious baby. Their wishes, however, are not consistent with my experience. Survival is often much longer than most physicians think; reflecting on my previous patients, the median time from withdrawal of hydration to death was ten days.

It remains to be seen just how big a role the unsustainable costs of centralized health care played here, but it’s clear that abortionism’s logic set the stage. Rather than either prolonging the child’s life or making an unavoidable end as comfortable as possible, these doctors and parents are taking it upon themselves to decide when the end might as well be gotten over with. And as compassionate and heart-wrenched as these parents are, the result certainly isn’t merciful.

Once upon a time, we knew that life was so precious, and the power to end it was so momentous, that such power had to be subjected to the most stringent of moral boundaries and circumstantial burdens. The civilized world’s conclusion was basically that killing could be done only to prevent other killing; to do so for less was assuming a dominion that simply isn’t ours.

But abortion opens the floodgates. With the power to kill an innocent person within the womb for any selfish reason codified as a “right,” it’s only natural that killing for more ostensibly selfless and altruistic reasons would become easier to rationalize, especially when the victims fall in the age range that abortion has already devalued so comprehensively.

It can never be reiterated enough: the battle over abortion concerns more than just the fate of the unborn. It’s a referendum on the very nature of justice and humanity, the results of which will be felt far beyond the womb. The question is how much more we need to see before we draw the line.