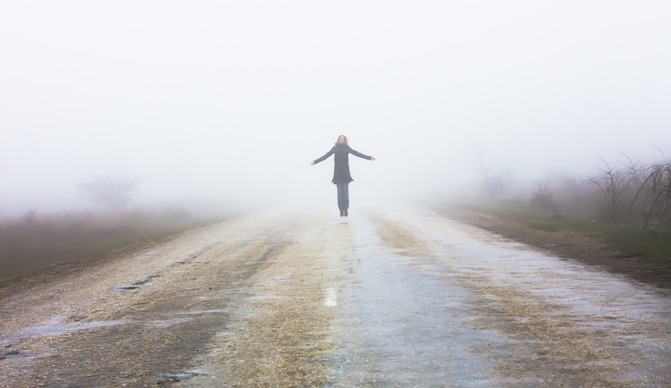 Looking back, Laura believes she’s always known that something was wrong in her family. She felt what she later described as “survivor’s guilt.” When she discovered that her mother had aborted two of her siblings, she realized that her intuitions had been correct. In this interview, she answers a few questions about being the sister of aborted babies.

What were your feelings on abortion before you found out about losing a sibling?

I was pro-life. I hadn’t participated in anything like 40 Days for Life, but I absolutely believed that life begins at conception, and that abortion is murder.

How did you find out about the abortion?

By accident. Our mother passed away a couple years ago after suffering from a neurodegenerative illness. She had been looking into donating her brain for research. One of her sisters had helped her fill out a medical history report and somehow or another since I was running errands, they gave it to me to mail. Knowing how important it was to have all the details and signatures in order, and also assuming I knew everything about my mom’s medical history since she was a pretty open person, I flipped through the packet of papers. I also wanted to see my and my sisters’ names on the page about pregnancies and reproductive health – we’re part of her history!

I was puzzled, as I didn’t think she had had any miscarriages – I thought I would have known. So a couple weeks later when I was visiting the aunt who had helped her write it, I asked. She knew what I was going to ask even before I finished the question! “She had two abortions”.

How has being the sibling of an aborted baby or babies affected you?

This is a difficult question to answer! It’s changed my whole view of my mother, my own origins… there was a sense of “well that explains a lot”, when I found out. For example, our mother was very overprotective and rarely let us fall and learn from our mistakes. I had read somewhere that that is often how postabortive mothers react. Learning I have aborted siblings has also helped me understand why I’ve suffered from survivor guilt my whole life. The abortions happened before she met my father, so there was no chance I had been at risk of being aborted like my half-siblings… but that feeling of, “I don’t deserve to exist” was always present.

I never did tell my mom that I knew. I was afraid she would worry that I was judging her, even though I wasn’t.

From time to time during the first year, and occasionally this year, too, I’d suddenly find myself thinking, “I can’t believe she did that!”, and feel nauseous. “She killed two people!” But on the other hand, this has also challenged me to be more merciful and understanding towards her. It did help to know that she deeply regretted the abortions. I’m actually not sure I could have forgiven her as soon as I did, if that hadn’t been the case.

I don’t know if my sisters know. I’d like to tell them, or at least, touch base with them about this, but I’m quite scared and not sure I can handle it. One of them is pro-abortion; I don’t know about the other one.

I’ve only met them online, not in person, but it’s definitely been nice. Sometimes I have to take a break from the online group I’m part of, because I need a break emotionally. As nice as it is to be able to connect with people who understand that abortion effects surviving siblings, I can’t handle being reminded of it all the time.

One thing I do appreciate about the group, though, is that we all have different backgrounds. I think most of us are motivated by our religious beliefs to be pro-life, but not everyone is. And it’s nice to be reminded that anyone can be pro-life. I’ve really enjoyed readings posts by one of the members who does not identify with a Christian faith tradition (and maybe none at all; it’s not something she’s really discussed), because it broadens and develops my own reasons for being pro-life. It’s nice to have common ground and to discuss all our reasons for being pro-life. It also reminds me that being pro-life is the logical, reasonable position to take, no matter what your spiritual beliefs, or lack thereof. We’re all people and we all deserve to live!

What has brought you healing?

Several things – time, talking with my aunt that initial time, and being part of the secret group on Facebook. [Editor’s note: For other siblings reading this, you can write to Susi O Fanabba who runs this group and ask permission to join] But probably the most healing has been discussing this with my spiritual director. It’s not something I’ve brought up often. But one time I was meditating on a passage from Isaiah:

Remember not the events of the past, the things of long ago consider not. See, I am doing something new! Now it springs forth, do you not perceive it? (Is. 43:18-19)

I had been feeling I had hit rock-bottom in my life, for various reasons. This passage gave me hope that all was not lost. And then the second time I was meditating on it, I remembered a story my mom had told me about when she discovered she was expecting me. I will share the story, but in a nutshell, it occurred to me that I was the “something new”’ in her life:

My parents were married in August of 1982 and while on their honeymoon, our mother’s father died.  In December, she discovered she was pregnant with me – a surprise, as my parents weren’t planning to have children right away. My mom told me that a couple days before finding out, she had a dream that she and her siblings and mother were sitting in their living room, and then her dad walked in and handed her a white (cloth) bundle, telling her to take good care of it. She was very happy to see him, but he couldn’t stay. Then she found out I was on the way. She always told me, “Grandpa gave you to me!”  I used to think maybe he watched over me, since our mom was often emotionally abusive.

But, knowing about the abortions now, it seems like a dream of forgiveness and being given another chance.  My mom told me one time, when talking about her reaction when her father died, was that she was aware that he would “know about bad things I’ve done.” I asked her, “What bad things? I thought you said you never got into bad things”. I don’t remember her response exactly, except that it was evasive. So I imagine that dream was healing for her.

And it is healing for me, too, as reflecting on it helps me deal with survivor’s guilt.

As someone who loves a postabortion family member, how should the pro-life movement reach out to postabortion women?

With mercy. When I found out about the abortions, I remembered the following event with my mom, which had struck me at the time. It’s a long answer, but I want to illustrate how extending compassion, mercy and hope really CAN make a difference.

I had been part of a Catholic weight loss group called The Light Weigh, and the woman who created it had made a series of CDs with encouraging talks, discussions, that sort of thing. My mom and I were driving to a relative’s out of state and for whatever reason, my mom wanted to listen to this CD. Her faith traditions at this time were no longer Catholic, so I was very surprised. But I went along with it. One of the tracks talked about some reasons women have a hard time losing weight. One reason cited was having had a miscarriage, or wanting more children, and then subconsciously being at a pregnancy weight. Then at one point the speaker said something like, “And you have to wonder about abortion. I just want to say to any women out there who have had an abortion, no sin is greater than God’s mercy.” She then went on to suggest starting a prayer relationship with your baby, letting yourself feel your baby’s love and forgiveness… so that when you die and meet each other in heaven, it will be a reunion.

I had already listened to this CD so I figured, well, we don’t need to continue with this particular track, how could it possibly apply to us, it’s rather uncomfortable to think about abortion. I went to fast forward it and my mom said, “No, I want to hear this.” So we did, and she was silent throughout the whole thing. With the other tracks, we had frequently stopped them to discuss a topic. A couple weeks later, I was complaining about some minor mistake I had made but couldn’t let go of, and my mom blurted out, “If God can forgive a woman who’s had an abortion, I think He can forgive you.”

Specific programs and retreats and whatnot are helpful, I’m sure, but more important might be to just have a merciful, respectful attitude in general, like the speaker in that talk. A lot of people do assume the pro-life community is judgemental, and that assumption can hinder a postabortive woman’s search for healing.

I can’t really articulate what I’m trying to say, so I’ll use an analogy of a garden. The gardener can create spaces for plants to grow, he can put the plants in the space to grow… but at the end of the day, the best thing he can do is just nurture the plants, make sure they have good soil and enough water and sunshine, and then just let them grow according to their own schedules. The speaker on that CD mentioned Project Rachel and Rachel’s Vineyard, but I’m sure the initially important thing was that her overall attitude was merciful, encouraging, hopeful… who wants to attend a retreat if you’re not sure you won’t be shamed?

Can you give any advice to mothers who may want to tell their surviving children that they aborted their sibling?

Definitely tell them! I don’t have any advice for “how”, but I would strongly encourage postabortive mothers to tell their surviving children. Chances are, they already sense that something is off. Many members of the online group have said they always felt someone was missing. It was painful to find out, but I’m grateful. My life makes more sense now.

If you are the surviving sister or brother of aborted babies, you can find help and be introduced to a community of fellow survivors here at Surviving Sibling.  Everyone is welcome whatever their political beliefs or religion.  Two facebook pages, Abortion Hurts Siblings and Others and Siblings Against Abortion in addition to the secret group exist. Again, all siblings are welcome to come and get support whether they identify as pro-life or not.