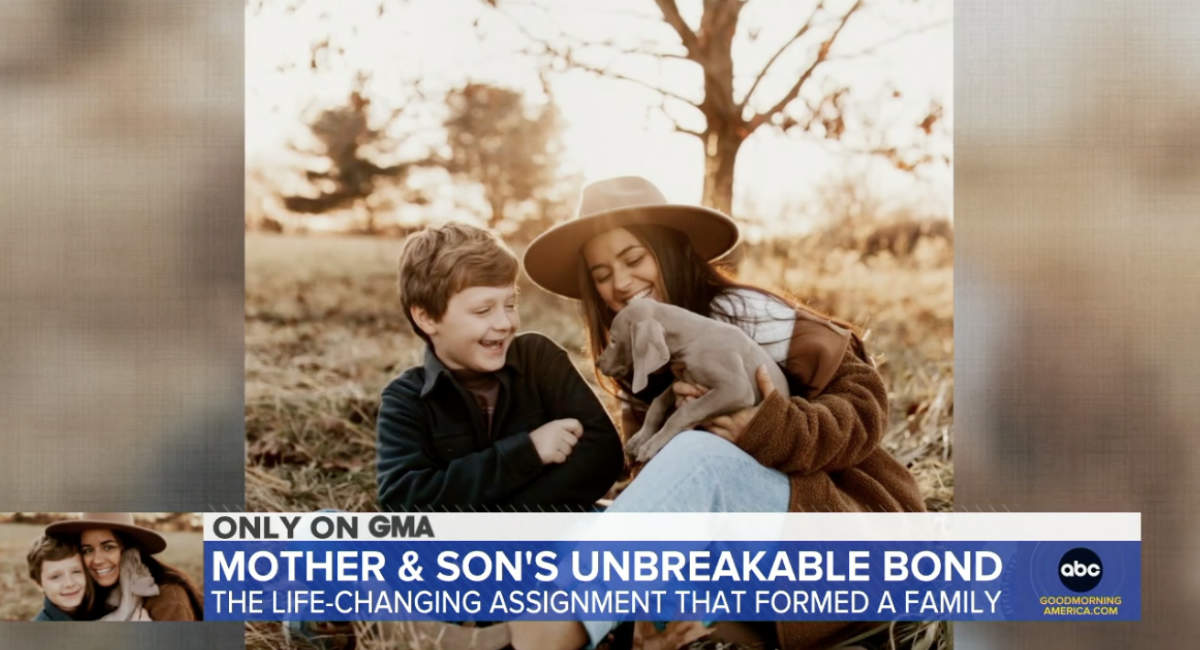 The special bond formed between a woman and one of her students led to a forever family. Seven-year-old William had cycled through six families in foster care when he met Paige Bramlett, who had been hired as a behavioral specialist. She began working with William, who was in kindergarten, and their connection was immediate.

Bramlett was scheduled for three hours of one-on-one time with William each day, due to his struggles from being in foster care.

“He was very isolated because he didn’t know coping skills, and he really struggled,” she told Good Morning America. “Since I was one-on-one with him, a lot of our time was spent working on coping skills, behavioral skills, talking about how we behave in school, those types of things. It was a challenging time for him, but we became best friends very quickly.”

Other adults might write off a student with behavioral difficulties, but Bramlett saw through that.

“I saw a lot of the potential in him. He’s very artistic and creative, and his imagination is insane,” she said. “No one took the time to get to know him or to see him for the child that he was. I would get down on his level and make eye contact, and I don’t know how many people had done that before. When I would say goodbye, I would tell him that I would see him tomorrow. He struggled with sleeping and nightmares, so I would tell him sweet dreams, and we worked on skills that would go beyond the classroom.”

One day, William didn’t show up at school, worrying Bramlett; she found out trouble at his foster home had led to a disruption, with him being put in an emergency placement. It wasn’t clear what happened, but she noticed one thing when William came back to school: he was scared. So she began riding the bus with him to offer support. “That was really the start of it, on the bus rides home,” she explained. “[B]ecause I thought, who is he going to be with? Where is he going to go? What can I do to help?”

Bramlett soon became licensed as a foster parent, and began having regular meetings with William outside of school; before long, she was his full-time foster mom. Bramlett, at just 24 years old and single, didn’t shy away from the responsibility at all.

“William had his struggles, but Paige was the first home that William was in where there was constant structure and a sense of ‘I’m not going to give up on you,'” Julie Hirtzel, William’s court-appointed special advocate, said. “She’s done a super job of making sure that William gets what he needs. She does what every parent would do for their child.”

Many children in foster care are available for adoption, but are often overlooked for younger children, who are perceived to have less trauma and baggage by would-be adoptive parents. Yet children who age out of foster care without being adopted are at extremely high risk for homelessness, unplanned pregnancy, substance abuse, unemployment, higher chances of criminal activity, and more. Adoption, for these children, isn’t just a roof over their heads; it’s a lifeline that can change their entire world.

In October, after a year of fostering, Bramlett was able to officially adopt William, making them a family forever. “Those two are special,” Hirtzel said. “This is probably one of the happier cases that I’ve had a chance to work on. It’s pretty amazing.”