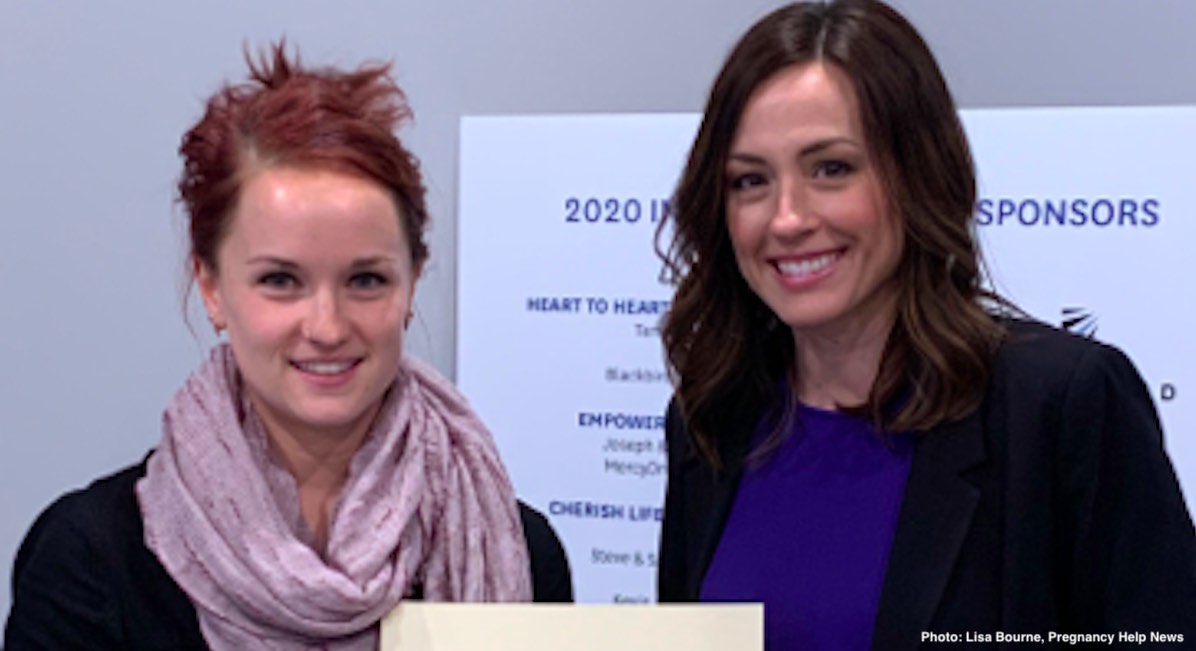 (Pregnancy Help News) Another mom who’s prevailed after facing unplanned pregnancy is benefitting from the scholarship inspired by a movie bearing a powerful pro-life message.

Sarah recently finished school for massage therapy and took out student loans for the program and licensing. The Unplanned Movie Scholarship will now help cover her costs related to school.

Sarah, a single mom of four, is the second recipient of the scholarship, a collaborative project with actress Ashley Bratcher and Heartbeat International, benefitting moms facing unplanned pregnancy who choose life and wish to pursue their education. The first award of the life-affirming scholarship took place earlier this year when a young mom named Brittni received support to continue her education.

Bratcher, who played the lead in Unplanned, based on the memoir of pro-life activist Abby Johnson, was moved to create the Unplanned Movie Scholarship after women approached her with their stories of feeling they had to make the heartbreaking choice between continuing their education and life for their unborn child. This hit home for her, and she shared her story publicly about having become pregnant as a young single woman.

The actress presented the scholarship to Sarah in a surprise reveal event held Monday at InnerVisions Healthcare, a pregnancy help medical clinic with locations in Des Moines and West Des Moines, IA.

”It makes my heart so happy to be able to turn around, after having my own experience as a young, single, working mom, to be able to reward someone else who has chosen life for her kids,” Bratcher said, “and Sarah is so beautiful and vibrant, she has four little ones, she just finished school – super excited for her.”

InnerVisions staff had assisted Sarah in completing the scholarship application some time ago, and the prospect of it being awarded became back-burner over time.

Sarah, who gives back and does what she can to support the center, came to InnerVisions Monday with the understanding she had an appointment there, with no idea that Bratcher, who traveled from her home near Atlanta, would be waiting to present her with the scholarship.

“She has turned around and is serving others which is exactly the kind of woman that we want to honor,” Bratcher said of Sarah. “Because she is a great example of what it looks like to be a powerful, strong woman and mother.”

Sarah broke down when she saw Bratcher. She said when she walked into the pregnancy medical clinic and recognized Bratcher standing there, she knew what that meant.

“I am surprised, my mind is blown,” Sarah said. “I just feel a lot of support and love right now.”

Once Sarah collected herself, Bratcher made the presentation.

“I was once in your place,” Bratcher told Sarah. “I had an unexpected pregnancy when I was 22. I was not married, I had to be on WIC and Medicaid, and I could hardly afford anything.”

She continued, telling the young mom that after making the Unplanned movie it’s important to her to make sure gives back to other people. Bratcher said she was happy for Sarah and hoped the scholarship would help take care of her expenses so she would not have to worry. Sarah will receive $11,700 to help cover education expenses.

“You’re exactly the kind of woman that we want to honor,” Bratcher stated. “Thank you for choosing life for your little ones, because now they get to grow up and be the amazing people that you’re going to watch grow.”

“Thank you so much,” Sarah said. “I appreciate it.” 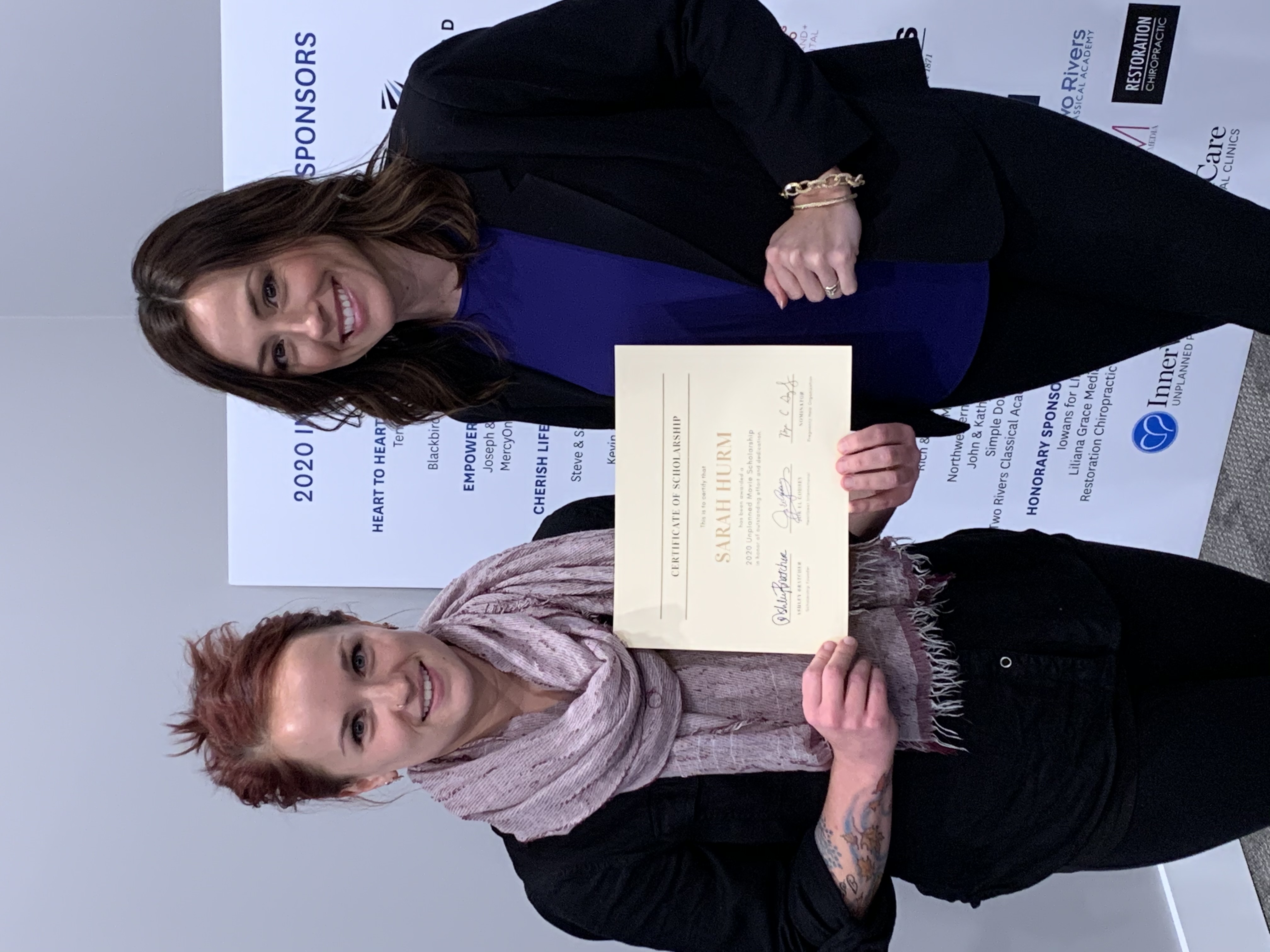 Explaining how she’d just graduated with her massage certificate, earned her license and found employment, Sarah said, “and so now I am making money doing something I love and helping people feel better.”

Bratcher thanked those who have supported the Unplanned Movie Scholarship.

“You are making dreams a reality,” she said. “You are taking away the financial burden that keeps a lot of young mothers from pursuing their dreams and getting their education.”

It’s personal, something she thinks about every single day, Bratcher told Pregnancy Help News, “Because I have an amazing 10-year-old little boy and I’m so glad that I get to see him grow, that I don’t have to wonder what could have been.”

It makes her heart happy to do this for other women, Bratcher said, “because as hard as it was for me and as scary as it was, it has been so worth it.”

“It’s the most wonderful thing I’ve ever done in my life,” she said, “being a mother. And to help someone else and encourage someone else who has made that decision makes me really happy.” 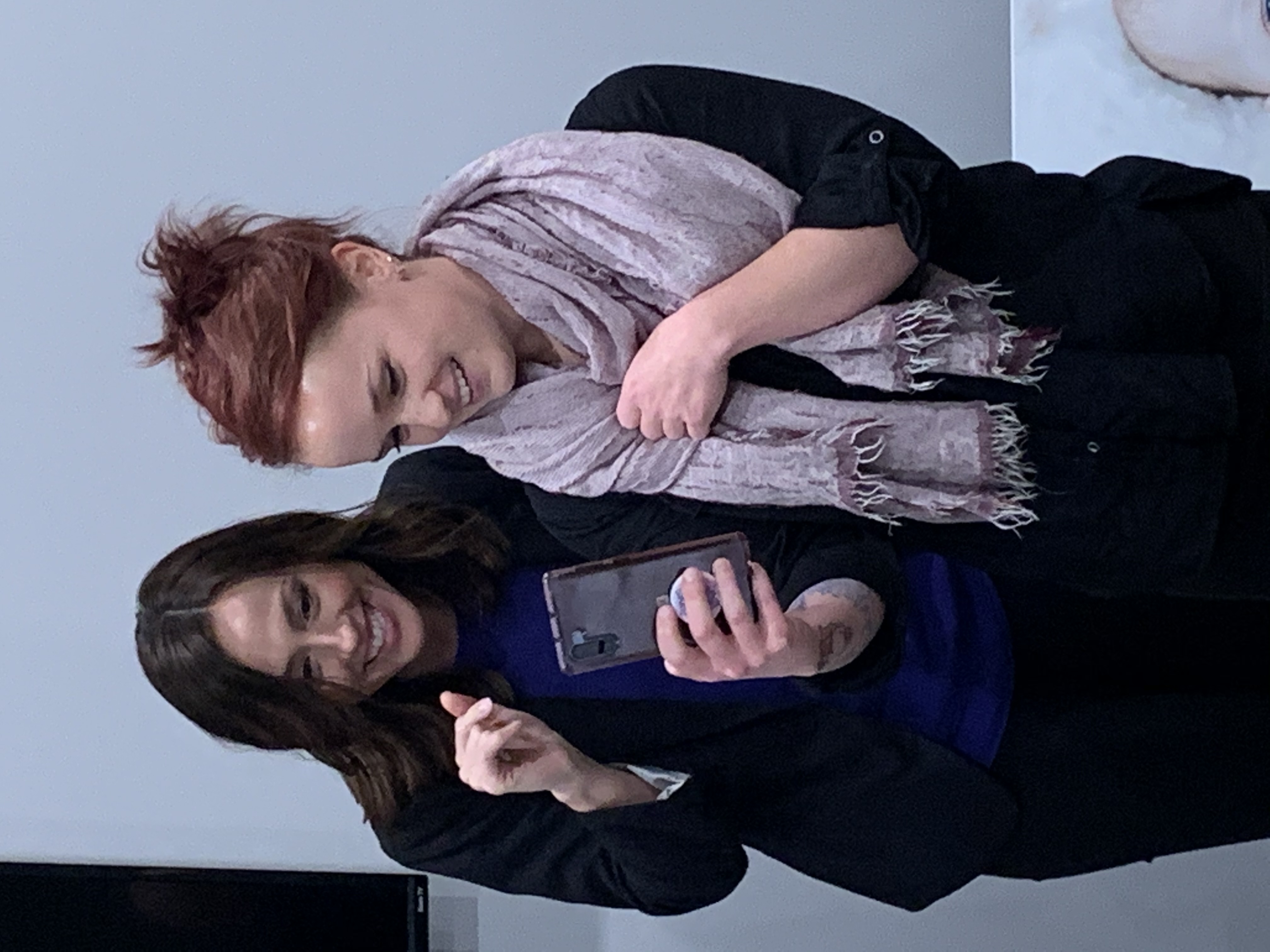 The scholarship would not be possible without Heartbeat International, Bratcher said, and one of the reasons she partnered with Heartbeat is the pregnancy help network’s longevity and the prevalence of so many centers across the country.

Additionally, she said, “I know that when woman steps foot in a Heartbeat-affiliated center that she is met with love and kindness, she’s never judged, and they’re full of people are going to walk alongside of her.”

Bratcher spoke further about the partnership and voiced her desire to make a real difference in upholding the sanctity of life and helping women.

“I would love to be able to change the narrative that says that abortion empowers women,” she said. “Abortion does not empower women. What empowers women is when they choose life for their children and they can still pursue their dreams. Because they can, sometimes it just takes a little help.”

“I want to be a part of a group of people who are champions for mothers who want to pursue their dreams and prove that successful women can be mothers,” she added.

Sarah is also a courageous mom who chose life after having started the chemical abortion process, experienced regret, then sought and received help through Heartbeat’s Abortion Pill Rescue® Network for a successful abortion pill reversal.

She offered practical encouragement for moms facing unplanned pregnancy who feel they may have no choice about their future if they choose life.

“It’ll be a struggle,” she told Pregnancy Help News, “but it will never be the wrong decision to give that baby life. Because through giving that baby life, you’re giving yourself another life.” 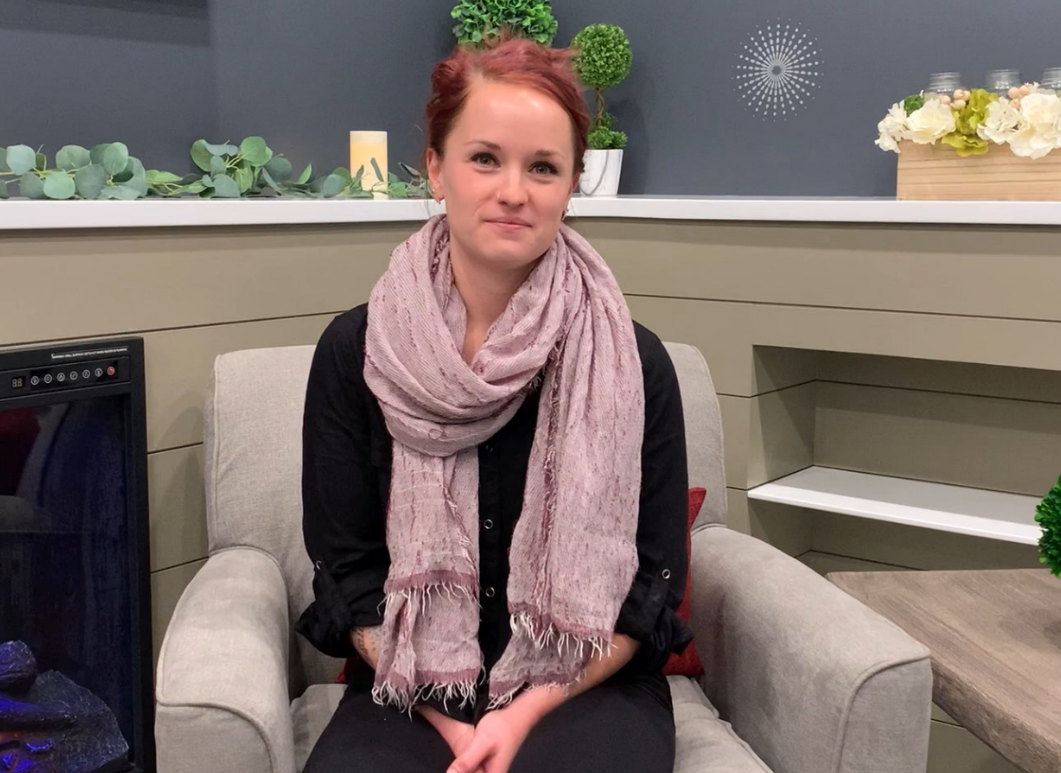 She reflected on having thought at one point that she could not face life as a single mom, now compared to having received so much love and support from pro-life medical providers and pregnancy help personnel, encouraging moms to not despair and to seek assistance.

“So, just reach out for support from a local pregnancy center because they really are there to help you if you don’t have a good support system,” Sarah said. “And they’ll pray for you, support you and help you. They’ll bend over backwards for you. They will really help you out.”

“As a single mom of four kids, no matter what you’re facing, there’s always someone out there who is willing to help,” she said, “who’s willing to pray for you, and who wants to see both you and your baby thrive and survive.”