“The balance of harm tips in their favor.” 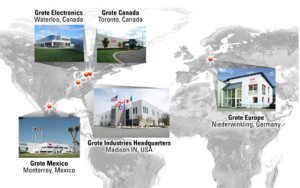 The Seventh Circuit Court of Appeals, in determining last week whether a private company had the right to an injunction to stay the HHS Mandate while the case is heard on its merits, granted an injunction.

In reviewing the Grote Family’s situation, the court noted:

The members of the Grote Family are Catholic and operate their business in accordance with the precepts of their faith, including the Catholic Church’s teachings regarding the moral wrongfulness of abortifacient drugs, contraception, and sterilization. Consistent with the Grote Family’s religious commitments, before January 1, 2013, the Grote Industries health-insurance plan did not cover abortifacient drugs, contraception, or sterilization.

If Grote Industries was required to provide these “services” as part of its insurance package to its employees but decided not to offer them, the business would be charged a per-day penalty of $100 per employee and an extra annual tax of $2,000 per employee!

This case came shortly after the Seventh Circuit heard Kortes, a case with similar facts wherein the court granted the requested injunction.  The Court found that since the Grote Industries plan was self-insured and had never covered contraception in the past, an even stronger case was presented:

In all important respects, this case is identical to Korte; our analysis there applies with equal force here. If anything, the Grote Family and Grote Industries have a more compelling case for an injunction pending appeal. Unlike the health-insurance plan at issue in Korte, the Grote Industries health plan is self-insured and has never provided contraception coverage.

Absent an injunction, the Grote Family and Grote Industries must now cover abortifacient drugs, contraception, and sterilization through the company’s self-insured health plan. Thus, the only factual distinctions between the two cases actually strengthen the equities in favor of granting an injunction pending appeal.

The Grote family argues that the Mandate violates the FRFA, which requires the government to show that there is a compelling state’s interest, and this is the least restrictive means to further that interest if the government imposes a “substantial burden” on the right of a person to exercise his or her religion. The Court found that the government “has not demonstrated that requiring religious objectors to provide cost‐free contraception coverage is the least restrictive means of increasing access to contraception.”

On the flip-side, the Grote family are required to decide between their faith and the contraception mandate:

They maintain that the legal duties imposed on them by the contraception mandate conflict with the religious duties required by their faith, and they cannot comply with both. The mandate, they contend, compels them to materially cooperate in a grave moral wrong contrary to the teachings of their church and levies severe financial penalties if they do not comply. In this way, they argue, the mandate substantially burdens their free-exercise rights, triggering the strict-scrutiny test codified in RFRA.

Thus, the majority determined that the Grote Family and Grote Industries “will suffer irreparable harm absent an injunction pending appeal, and the balance of harms tips in their favor. “