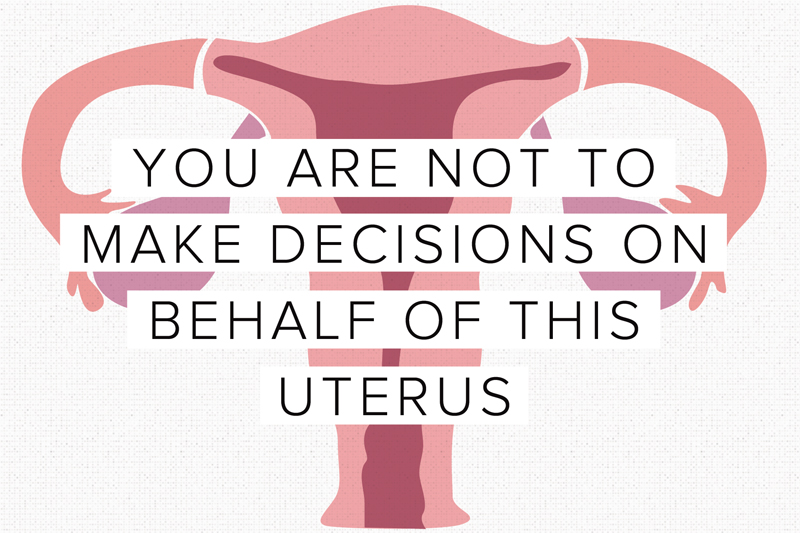 Most abortion advocates lose their reasoning when it comes to fighting for abortion. They consider it “controlling their uterus” if anyone opposes killing a new, unique life inside the uterus. Now two women have found a way to make a statement – and probably a bit of profit – off the accusation.

Frustrated with politicians who are voting to restrict abortion access, startup colleagues Alexa Natanson and Chelsea Kent launched Send Congress Your Uterus last week. For $3.50, the online service will send one of three postcards to a congressperson who has voted against abortion access. The postcards all say:

“Dear Congress member, You’re receiving this because your voting patterns have demonstrated to the women of these United States, that you believe you have a right to regulate our bodies. Enjoy the sentiment of this postcard.”​

People who buy the postcards are not able to select which member of Congress to send their postcard to, but “the website identifies 305 members of Congress who have voted against reproductive rights, for example by supporting measures that mandate waiting periods or require that abortions must take place in ambulatory surgical centers. ” The postcards will be sent to any one of these 305 pro-lifers – who have actually, by their votes, taken action to ensure the safety of women.

The tone of the whole campaign is a sarcastic and defensive one. The site says:

Frustrated with the government’s attempts to control the female body? Members of Congress are chipping away at women’s reproductive rights. So, we’re sending them love letters. For $3.50 we’ll send the postcard of your choice to one of the 305 Congress members who have voted against your uterus.

Of course, no member of Congress is sitting there voting against a woman’s uterus. Unlike these defensive drones, the 305 members of Congress are voting in light of what science proves – that there is a new human life inside the uterus, and the Constitution of the United States guarantees that person a right to life, too. The idea that an educated man or woman actually sits around pondering how to block a woman’s uterus from having rights is so outlandish that it would be humorous, if it weren’t so sad. A unique human person who has rights. See more amazing photos and videos at www.ehd.org.

The only people thinking day and night about a uterus are the ones who take time and money to create a website to send illustrated uterus postcards to people who will probably never see them or be influenced by them anyway.

Even if the postcards reflect what the website creators believe, there are more effective ways to influence political decisions than sarcasm and profanity. But logic and reason aren’t nearly as easy to elicit publicity.

Pictures of a uterus might be headline grabbing – but much in the same way a middle schooler uses a sexual term for shock value. People react, but no one can really take it seriously.