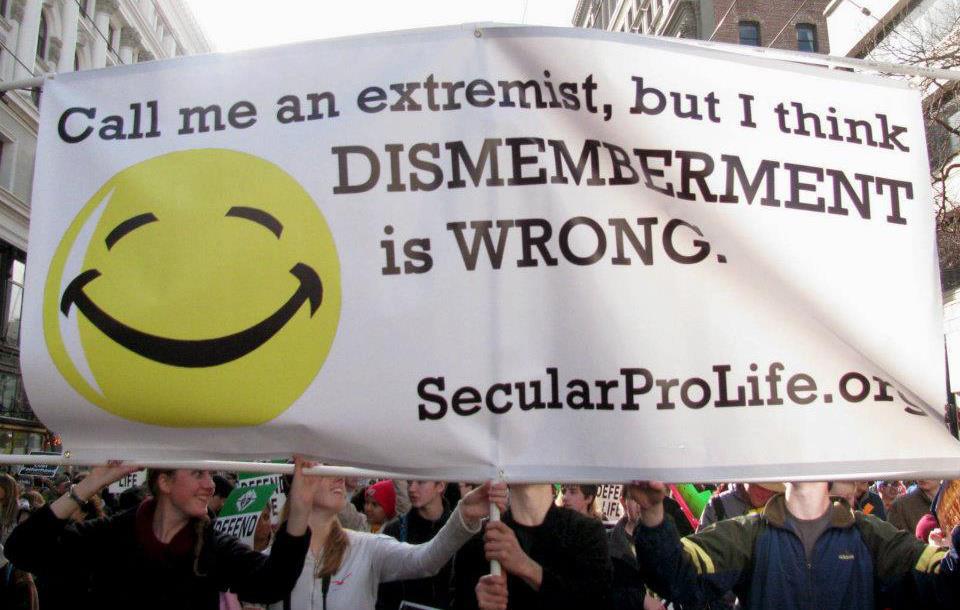 One group – Secular Pro-Life – is working to change that notion by drawing attention to the fact that there are over six million pro-life adults in the United States who, as non-religious individuals, do not fit the stereotype. In a recent blog post, Secular Pro-Life described the initiative – the Six Million Project – to raise awareness about pro-life adults who are non-religious:

The campaign features photographs of pro-life atheists, agnostics, and “nones” from across the nation.

“Every week, we get an email from someone to the effect of ‘I thought I was the only pro-life atheist!'” said Kelsey Hazzard, the president of Secular Pro-Life. “It gets lonely out there. Non-religious pro-lifers are not often acknowledged in the mainstream media. This creates a vicious cycle; people think they’re alone, which makes them less likely to speak out for life, which makes others more likely to think they’re alone.”

To break this cycle, Secular Pro-Life is running Facebook advertisements targeted to non-religious audiences, directing them to the Six Million Project website. The site encourages visitors to share their own photographs and to connect with like-minded people through Secular Pro-Life’s Facebook page.

“We want to organize as much of this six-million-member community as possible,” Hazzard added. “To be an effective pro-life advocate, you need a strong support system.”

According to the Guttmacher Institute, 27.5% of American abortion patients have no religion. “The best possible source of support for these women, the best chance they have to find an alternative to abortion, is a pro-life friend who shares their secular values,” said Hazzard. “This is a project that will save lives in the long term.”

If you’re a secular pro-lifer who would like to add your voice to the six million, visit Secular Pro-Life‘s Six Million project, and submit your one-in-6,000,000 photo to [email protected]