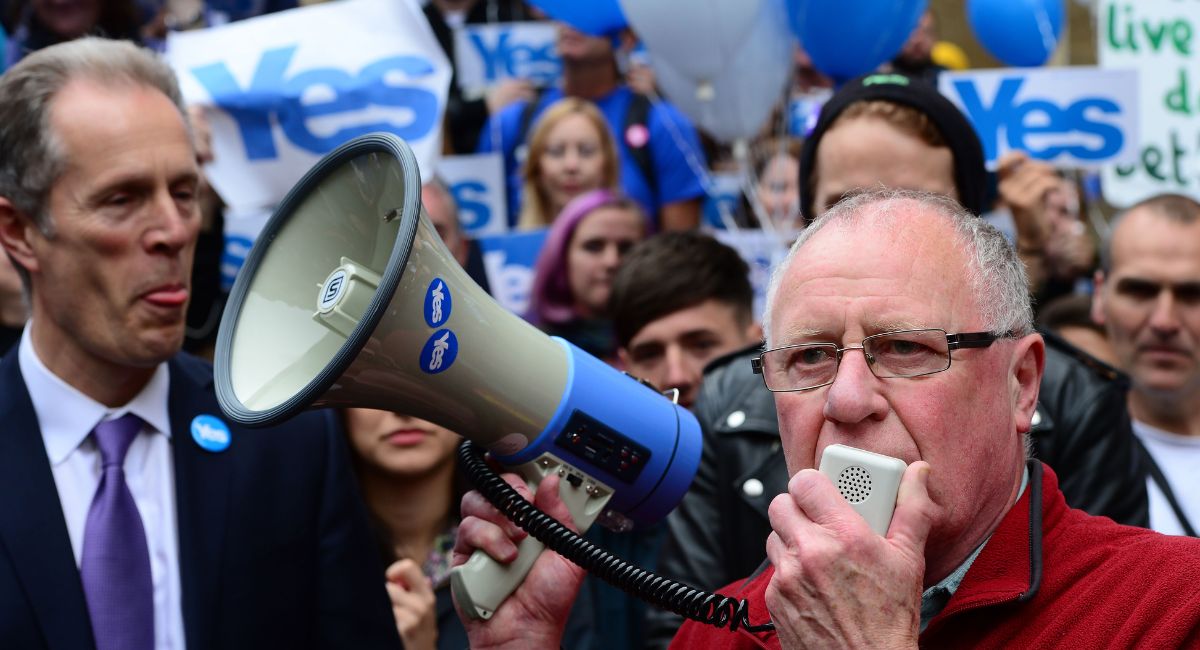 Tragically, Canavan lost three children to terminal illness. His son Mark died in 2007 at age 41 from a motor neuron disease. His son Dennis died in 2006 at age 35 from a brain tumor, and his son Paul died in 1989 at age 16 from skin cancer. He also lost his only daughter Ruth in 2017. He has one surviving son, Adam. Canavan said each of his deceased children died with dignity — without assisted suicide.

“My children undoubtedly underwent some pain, but it was minimized by caring health professionals,” he said. “As a result, my children died in dignity, and I do not accept the option of assisted suicide is necessary to ensure dignity in death.”

In Scotland, assisted suicide is currently illegal. However, lawmakers are pushing to change that. Proponents of assisted suicide often argue that it provides a “dignified death.” But, often, it is anything but dignified.

Live Action News has reported that a review of Medical Assistance in Dying cases in the Netherlands between 2013-2015 revealed that some patients who undergo assisted suicide experienced retching, survived more than 60 minutes after administration of the drugs, and some even fell asleep before being able to complete the medication. In addition, an Oregon state report showed cases of regaining consciousness after taking the lethal drugs, reports of ‘difficulty ingesting’ and ‘regurgitating’ the drugs, seizures, and other unspecified complications.

One expert, Dr. Joel Zivot, an associate professor of anesthesiology and surgery at the Emory School of Medicine, explained that just because you can’t see their pain, doesn’t mean that people being killed by assisted suicide are not actually in pain. Some, he said, are drowning.

The reality is that many people who choose assisted suicide are not seeking a “dignified death;” rather, they are depressed and lonely, often afraid of being a burden on their loved ones. In fact, studies show that many people who express a desire to die are suffering from depression. When feelings of depression and loneliness subside thanks to proper treatment, they typically no longer wanted to die.

Care Not Killing (CNK), an anti-assisted suicide group that held an event for Scottish lawmakers on Wednesday at which Canavan spoke, is warning against the long-term impact of legalizing assisted suicide in Scotland including that the vulnerable, disabled, and elderly may feel pressured to end their lives. The group also notes that terminally ill and even disabled children who cannot give consent may become eligible for assisted suicide. This is not an unprecedented claim. Under the 2004 Groningen Protocol, Dutch law permits babies with disabilities like spina bifida to be euthanized with parental consent.

“Assisted suicide is a counsel of despair for those suffering serious illness or who are disabled. Instead of investing in life enhancing treatments and services, the focus of policy makers becomes on how to help people commit suicide,” said CNK chief executive Dr. Gordon Macdonald.

Canavan is right to point out that assisted suicide should not be synonymous with a dignified death. Instead, we need to improve access to compassionate palliative care that respects human dignity enough to offer real care—not death.