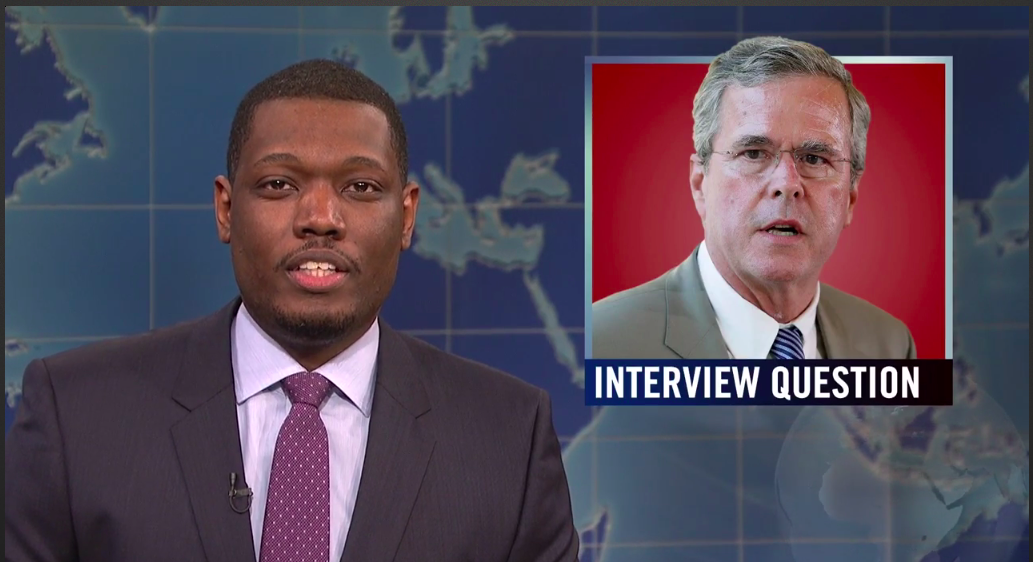 A question posed by New York Times Magazine, which asked readers if baby Hitler should be killed, is an unnecessary and ridiculous distraction. GOP presidential candidates, Jeb Bush and Ben Carson, however, weighed in on the issue. And of course, the media loved covering it.

Saturday Night Live also jumped in on the discussion during their November 14 episode. They, too, highlighted how odd it is to have such a focus on the election, while making some unexpected statements.

Co-host Michael Che referred to Hitler as a “baby” and mentioned a “baby murderer.”

In a separate interview, Ben Carson said he would not abort baby Hitler if he had the chance.

So basically now this election is down to which candidate would make the best time traveling baby murderer?

Hitler was an evil man—there’s no doubt about that. And for candidates who may not be so sure of their pro-life convictions, this understandably may not be an easy question to answer. This is even more so the case, since it’s a question that should not have been asked.

We don’t have time travel. We can’t go back and abort baby Hitler, even if we wanted to.

Killing Hitler as a baby is not the answer, because preborn children are innocent.

While it’s refreshing that Saturday Night Live appears to admit abortion for what it is, it’s a shame SNL uses such a ridiculous question for them to tackle the subject.