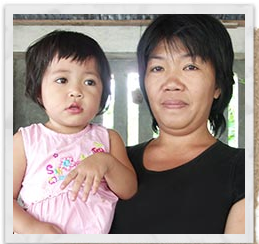 On May 28, the Center for Reproductive Rights pushed a video called, “Global leaders call for safe legal abortions.” In it, leaders from various nations discussed why they believe abortion must be safe and legal for women. 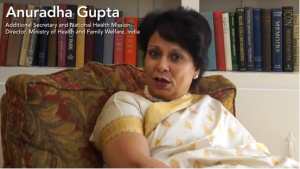 India’s Anuradha Gupta, from the Ministry of Health and Family Welfare, stated that the problem stems from the “low status of women” and “a really callous attitude towards health of women.”

Nepal’s Arzu Rana Deuba, a Member of Parliament, said about women: “Most of the parts of the world, we are not counted for. We are invisible.”

Musimbi Kanyoro, President and CEO of the Global Fund for Women, Kenya, claimed that, unless men and women are treated as equals, “we will always deal with issues that put women down.”

Luisa Cabal, Vice President of Programs for the Center for Reproductive Rights, called on governments to “commit to a vision of women’s equality, women’s empowerment, women’s autonomy.”

So far, all of these leaders’ statements seem accurate. Throughout much of the world, women are downtrodden, abused, and unheard. Their rights are not even considered – much less celebrated.

And yet, the answer to this very valid problem is not to marginalize and abuse yet another group of human beings – the unborn. We do not bring equality to women by encouraging them to torture and abuse their children. So why are world leaders encouraging women’s equality by supporting the killing of innocent children, through means that are often tortured and abusive?

If we were talking about any other people group, leaders would never say that, in order to become equal and empowered, a group should unite to persecute and kill a different helpless minority. (In fact, this is called genocide.) And yet, this is exactly what this call for abortion worldwide is.

Nana Oye Lither, Minister of Gender, Children, and Social Protection in Ghana stated: “I do not want to see any African woman – or any other woman across the globe – dying because she did not receive abortion care…Let us save the lives of women.” But what about the lives of the children that Ms. Lither is supposed to be protecting? What about the social equality involved in never taking the life of an innocent human being? What about preventing the deaths of the millions of children dying every year through abortion?

Is it both true and tragic that women are marginalized, given a low status – or no status at all, and abused in many countries worldwide? Absolutely. Should we push a solution forward that saves the lives of women who are in danger? Absolutely. But should we do this through marginalizing yet another group of human beings and giving them no status whatsoever? Absolutely not. The answer to death is not more death. We do not save lives through killing more lives.

A woman and child helped by Compassion’s Child Survival Program

To bring equality and empowerment to women, we work to provide real healthcare in their nations. Compassion International’s Child Survival Program is a stellar example; the results speak for themselves. Groups like Partners International work around the globe to provide necessary medical attention to women and their children. These are the kind of answers we need.

We fight the cultural norms that take away women’s voices, their property, and their status as autonomous human beings. But we never do this by taking away another human’s voice, status, and life. If we do that, what have we truly accomplished?

As a pastor from Zambia said, “It is time to say, we have lost enough lives, and we should not wait until another life is lost.”

This goes for women and their children.