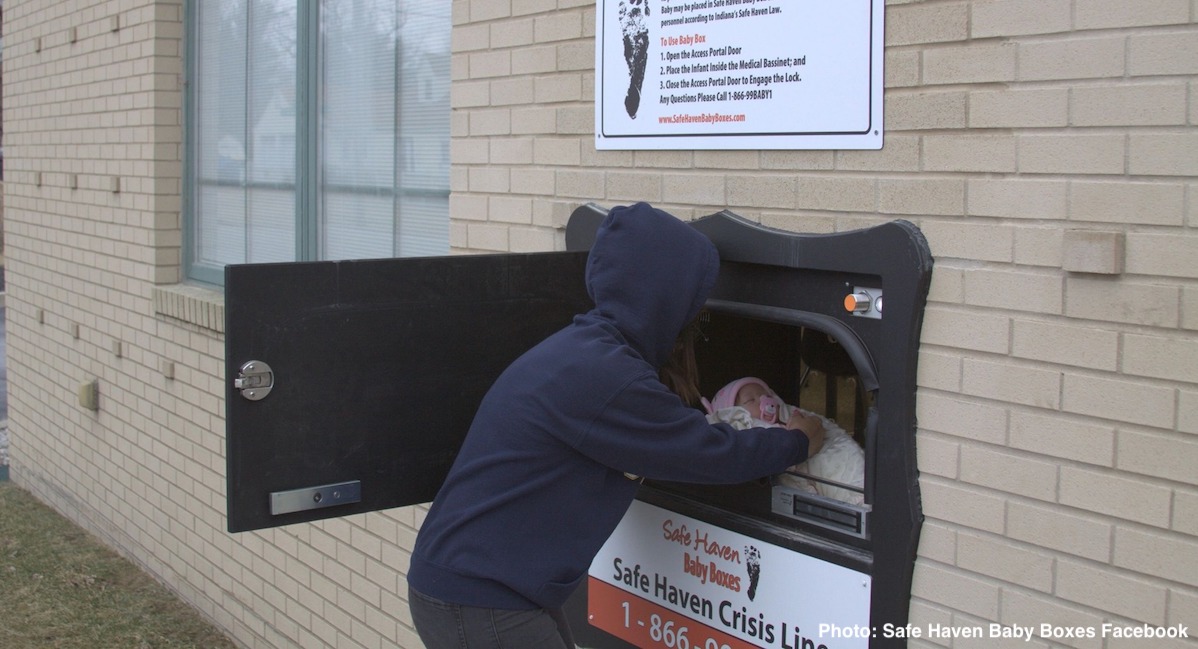 Parents in Indiana now have two more options should they choose to safely surrender their newborn infants. According to WHAS11, Safe Haven Baby Boxes were installed this week in Floyds Knobs and Jeffersonville, Indiana, making a total of 77 of these boxes available nationwide.

Safe Haven Baby Box is an organization that provides temperature-controlled boxes so that parents can safely and anonymously surrender newborns. The boxes are installed in locations that are fully staffed with emergency personnel, like firehouses and hospitals. Each box is fitted with an alarm, so an infant never spends more than a few moments inside and alone before help arrives. While each state has its own safe haven law which does allow a mother to surrender her child after birth, the boxes are an additional way to make the process easy — and anonymous — for parents.

According to the Safe Haven Baby Box organization, 12 babies have been surrendered in the boxes since the first one was installed in 2016. The non-profit also staffs a nationwide 24/7 hotline, which has seen 100 surrenders resulting from calls coming in.

Both towns had unveiling ceremonies for their new boxes. “I want any young female out there who’s dealing with all kinds of life struggles, I want to make sure she knows this is here,” Jeffersonville Mayor Mike Moore said, according to WAVE3 news. “And you know, if there’s a 14, 15, 16-year-old child out there who’s going through something most of us will never experience, I want them to know there’s a place they can go.”

Safe Haven Baby Box founder Monica Kelsey was on-hand for the unveiling at Floyds Knobs. “Safe Haven Baby Boxes works hard to ensure that every parent knows that this last resort option is available to them. We will not stop until every parent knows all their options including a Safe Haven surrender,” she said. “We are proud to partner with the Community of Floyds Knobs, which has also joined 75 other baby box locations. There is no doubt that Floyds Knobs is taking a proactive approach to infant abandonment in our country.”