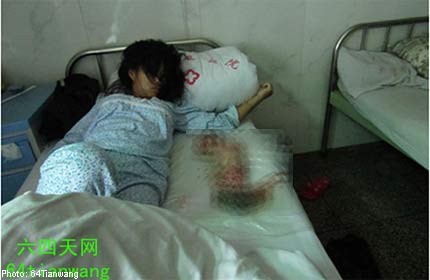 Going past politics and straight to human decency. 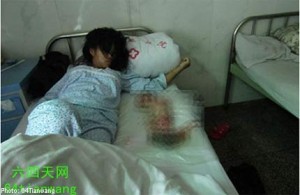 “Fully understandable,” according to our vice president.

Debates are at their best when the clash of personalities and talking points puncture a candidate’s carefully maintained public image and reveal the true caliber of the man beneath. The most illuminating such moment of last night’s vice presidential debate came during the abortion exchange, when Rep. Paul Ryan worked in a reference to Vice President Joe Biden’s expressed support for China’s one-child policy:

The vice president himself went to China and said that he sympathized and wouldn’t second guess their one child policy of forced abortions and sterilizations. That to me is pretty extreme.

Biden responded to the rest of Ryan’s objections. But China? Complete silence, because he knew Ryan had him dead-to-rights, and no amount of spin would make his words sound less awful.

What we ended up doing is setting up a system whereby we did cut by $1.2 trillion upfront, the deficit over the next 10 years.  And we set up a group of senators that have to come up with another $1.2 to $1.7 trillion in savings or automatically there will be cuts that go into effect in January to get those savings.  So the savings will be accomplished.  But as I was talking to some of your leaders, you share a similar concern here in China.  You have no safety net.  Your policy has been one which I fully understand — I’m not second-guessing — of one child per family.  The result being that you’re in a position where one wage earner will be taking care of four retired people.  Not sustainable.

So hopefully we can act in a way on a problem that’s much less severe than yours, and maybe we can learn together from how we can do that.

Let’s be perfectly clear: the policy America’s vice president “fully understands” is forced abortion and sterilization. You want to see a real assault on reproductive freedom and bodily autonomy? Here you go. In June, our own Kristen Walker gave a harrowing example of what passes Mr. Biden’s conscience test:

Feng Jianmei and her family were told by “local birth control authorities” that, since they already had a five-year-old child, in order to proceed with the second pregnancy, they would need to pay a fine of about $6,300. Because her mother-in-law was undergoing extensive cancer treatment, Feng Jianmei couldn’t afford the fine. So about 20 people from the “family planning department” showed up, arrested her, put her in a van, drove her to a hospital, beat her, would not let her family see her, made her sign a document while blindfolded, restrained her, and injected her with the chemicals that made her give birth to her dead daughter 36 hours later. She was seven months pregnant.

(Feng is pictured above.)

But hey, China’s a crowded place, and big families are expensive, so who are we to “second-guess” it?

Yes, Biden brought up one-child for the purposes of criticizing its economic effect. And an argument could at least be made that condemning it wouldn’t have been the diplomatic thing to do (though I believe that letting its evil go unmentioned is morally cowardly and politically useless no matter what).

But Biden going out of his way to let the audience know he sympathized and wasn’t judging the state subjugation of China’s families? What good could that possibly serve? The only possible explanations are either that Biden really does sympathize with another country’s decision to control how many children its people have, or spinelessness compelled him to suck up to tyranny.

When America’s leaders grovel before power rather than speak truth to it, they betray the United States’ most basic principles of individual liberty and her very identity as an example of justice to the world. It’s shameful that the same media which incessantly harangued Ryan’s pro-life record and other controversial statements by Mitt Romney aren’t likely to press Biden on this any more than they did when he originally said it, because this is a question not of politics, but of basic decency.