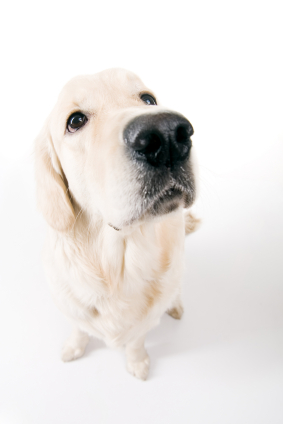 I was talking with a Life Report fan recently about one of her family members who claims to be pro-life, but doesn’t care very much about abortion. I suspect this is a relatively common thing and can be very confusing for pro-life people who believe that the unborn child is fully human and worthy of legal protection. I offered her four possible explanations why somebody who claims to be “pro-life” may not care about abortion very much. I suspect that you know at least one person that would fall under each of these categories, and I want you to have some tools for engaging each of them. I’ll cover the third reason in today’s post.

3. She only thinks the unborn are semi-valuable, like a golden retriever.

When I was living in Georgia with my wife, we found a dog in our apartment complex. I think she was part golden retriever, part mutt. She was very friendly and had a license on her. We knew we couldn’t keep the dog, but wanted to return her to her owner. We called the number on the license tag, but nobody called back. A few days later I called an animal shelter who said they would try to find the owner for us, and to bring the dog to them. On my way to the shelter the dog’s previous owner finally called me! The dog is literally lying on the other seat next to me in the car, and I excitedly answer the phone only to have a confusing and frustrating conversation. It turns out the owner had purposefully let the dog run away and didn’t want her anymore. He refused to take her back. Not knowing what else to do, I finished my trip to the animal shelter only to find out they were going to euthanize her unless I kept her. We just couldn’t keep her at that time. We were living in a tiny apartment complex with a policy against pets. So I drove away, knowing that the dog wouldn’t survive the night. I actually wept as I drove home, even though this was just a dog. A dog I had only known for three days.

This would make sense of some people’s view that abortion is sad, but it shouldn’t be illegal. If you actually believe that the unborn are somewhat valuable, that would make abortion a sad thing, just like a stray dog being euthanized is a sad thing. But even most animal rights activists agree that sometimes it is necessary to euthanize animals. Few think that animal euthanasia should be illegal.

I’m sometimes privileged to have very logical conversations about abortion with bright pro-choice people who don’t want to bring a lot of emotion into the debate, but primarily want to discuss the philosophical arguments. I LOVE talking with these people, and many of them are still friends. When I begin these conversations, I like to order our conversation this way:

I’ve had a few experiences where my new pro-choice friend begins by saying she already thinks the unborn is a living, human organism, so we don’t need to debate that. Then we’ll get into the personhood question and my friend will immediately say that she thinks the unborn are persons, and she thinks pro-choice anti-personhood arguments are weak. Before getting to bodily rights, I’m going to ask a few clarification questions to make sure we’re on the same page. The last time this happened to me, the exchange went something like this:

Her: I think the unborn are persons. I can’t believe some pro-choice don’t understand that.

Her: Yes, I think there is no morally relevant difference between an unborn baby and a toddler.

Me: Let me challenge you on that one more time. What about very early embryos, like this embryo at 3- days since fertilization. Do you think this entity is just as valuable as a toddler, even though they don’t look alike?

Her: Yes, I absolutely think that both are equally valuable persons.

If my friend had responded that the 3-day embryo is NOT a full person, we would have discussed that before getting into bodily rights. Pro-choice people don’t NEED bodily rights arguments if the unborn isn’t a full human being.

There are different directions that a conversation about the personhood of 3-day embryos can go, because there are lot of different reasons that some pro-choice people don’t think a 3-day embryo is a person. You want to respond to their argument, so ask some questions and listen to them before offering a question that challenges their view. Joseph Merrick, who was called “The Elephant Man.”

For example, if the person thinks 3-day embryos aren’t valuable because they look so weird, I’m going to ask whether there are other really weird looking persons. (Notice I’m not debating whether or not the 3-day embryo looks weird. I know all human beings look like that at 3-days, but most people see that picture and only see a cluster of stem cells instead of a cute baby.) My go-to illustration is Joseph Merrick, who was called “The Elephant Man.” He looked weird, but he was absolutely a human being. If you haven’t seen the movie based on his story, watch this famous scene where he’s chased by an angry mob and finally cries out, “I AM NOT AN ANIMAL! I AM A HUMAN BEING!”

Whether or not I talk to my pro-choice friend about how appearances should not determine value, I will ultimately want to make the equal human rights argument that I summarized here.

Question: Do you have a friend who believes that unborn fetuses are semi-valuable like golden retrievers? How have you responded to him or her? What are some other arguments that might convince him or her that the unborn are as valuable as newborn children? Leave your response or story in the comments below!