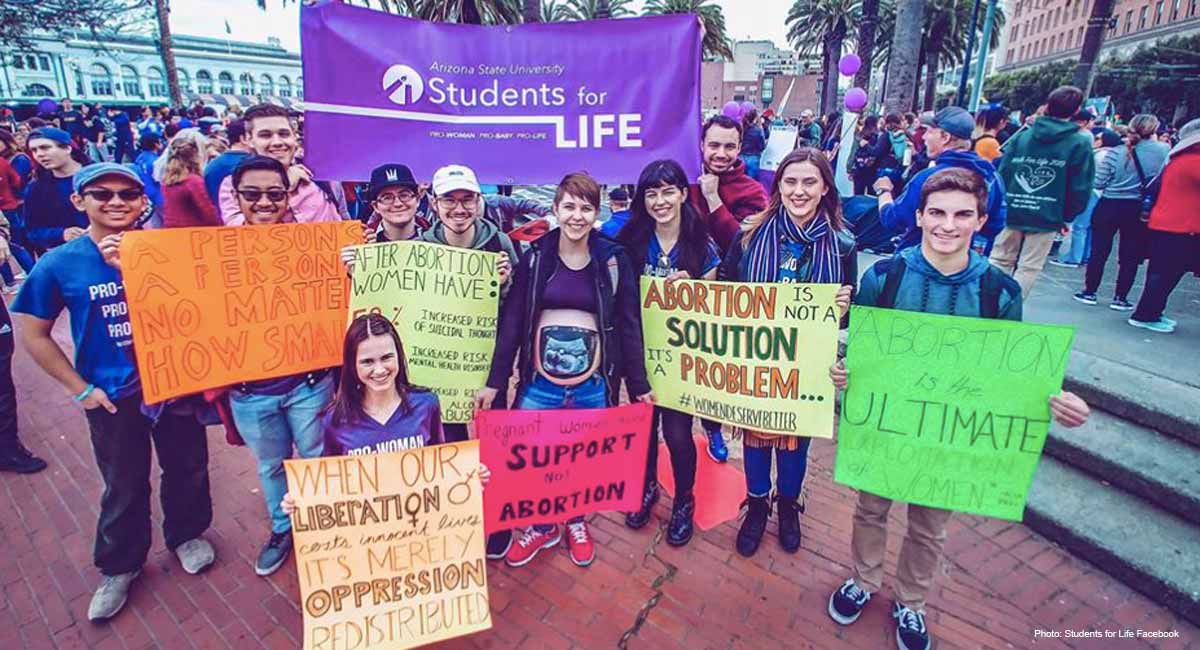 Students for Life of America (SFLA) has scheduled several rallies to protest U.S. Senators who recently voted against the “born alive” bill, which would have protected babies born after failed abortion attempts. Hundreds of pro-lifers have expressed interest in the events on Facebook.

SFLA issued a statement on March 1 to make the rallies known to the public. “Students for Life of America announced today a series of rallies outside the offices of Democratic Presidential candidates who voted against protecting babies who are born alive during an abortion by refusing medical care,” the statement read. “[A] new poll finds that 80% of Americans want limits on abortion. Furthermore, only 7% of Millennials, the supposed base of the Democratic Party, agree with their platform on abortion. That is why the Pro-Life Generation will be rallying and holding Senators accountable for their vote.”

Matt Lamb, SFLA’s Director of Communications, told Live Action News the organization is “dedicated to holding politicians accountable for their voting record. Many of the Senators we are rallying against want to be President… and we believe that our country should be led by people who respect human life. Their position on infanticide should give all voters pause.”

The series of rallies, called the “Resist Infanticide Rallies,” has been scheduled for March 5 and will occur nationwide at the offices of pro-choice senators including Elizabeth Warren, Kamala Harris, and Cory Booker. The rallies are organized by Students for Life of America’s new sister organization, Students for Life Action, which was created in response to the radical pro-choice legislation proposed by New York and Virginia. SFLA says the new organization will “energize pro-life voters nationwide” and help the pro-life movement “get ready for the day after Roe.”

Students for Life Action experienced immediate success at its first rally. In January, the group protested a radical Virginia abortion bill sponsored by Delegate Kathy Tran, who was featured in a widely-circulated video conceding that her bill would have allowed abortion moments before birth. The protest was held outside of a town hall meeting led by Del. Tran, and the meeting was canceled as a result.

“The fact that she is in the hopes of running for president…is appalling,” Cisneros told Live Action News. “The President of the United States should protect all citizens, especially the most vulnerable. If a child has survived an abortion, it should not be left to suffer and die.”

Kristan Hawkins, the president of Students for Life of America, has expressed great excitement for the upcoming rallies and stated the pro-life generation is prepared to combat abortion extremism. “… Students for Life Action is ready to take this debate to the grassroots where we have more than 1,200 groups on college and university chapters in all 50 states,” Hawkins said. “Too many important votes are forgotten, but this one won’t be.”

Ryan Everson is an intern for the Equal Rights Institute and the secretary of Students for Life of America at Arizona State University. He is also an editor for Lone Conservative and a contributor to The College Fix, The Catholic Sun, Washington Examiner, and Secular Pro-Life.