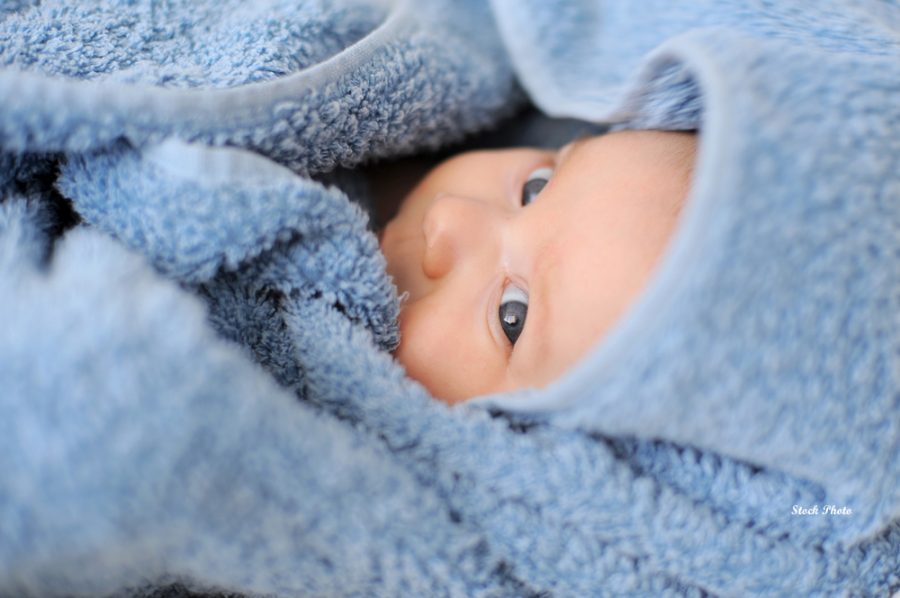 (Pregnancy Help News) — A child born Monday morning in a Miami hospital was given the perfect name by her mother: Destiny.

After all, it wasn’t just the baby girl’s lot to enter the world on an early March day, she’s already brought her family together in ways she won’t realize for years to come.

It was mid-October, 2016, when Destiny’s mother, Melissa, was told the news that her baby had been diagnosed with Noonan syndrome, a disorder that, according to Genome.gov, “involves unusual facial characteristics, short stature, heart defects present at birth, bleeding problems, developmental delays, and malformations of the bones of the rib cage.”

Already 21 weeks pregnant and with a husband and two children, Melissa was gripped with a fear she hadn’t felt when she was pregnant with her first two daughters. To make matters worse, her mother immediately laid the pressure on her to abort her baby rather than put herself and her young family through the struggle of welcoming a child with a disability.

Melissa may well have succumbed to the pressure and aborted Destiny, but her sister, Joanna—a longtime partner of Heartbeat of Miami, a pro-life organization with four medical clinics in Miami—stepped forward and became a champion for her preborn niece.

Meeting her mother and sister at Heartbeat’s Hialeah location—where Jeanne Pernia, the clinic’s director of client services, once ran an abortion clinic—Joanna met Destiny for the first time via 3-D ultrasound.

“We all cried, we all laughed, we prayed and I really saw how God moved there and gave us that hope that she was going to continue with that pregnancy,” Joanna said, noting that newborn Destiny’s heart is in good condition and she is stable overall. “It’s just such a blessing to have come as far as last night, to see her full-term. To see her deliver today is just amazing.”

Martha Avila, Heartbeat of Miami’s executive director, said the family and staff were all shocked at how much Destiny looked like her mother, even at 21 weeks on an ultrasound monitor, and was also quick to point out another development at the ultrasound appointment.

Not only did Melissa choose life, but her mother prayed on the spot to receive forgiveness and become a Christian.

“This baby is part of such a perfect plan and purpose in this world,” Avila said. “Even if it was just so that Melissa’s mom could receive Jesus—even just for that—praise be to God. This baby is going to live through to acknowledge this, to glorify the Lord and dance before him. We just know it, and we believed it from the very minute when her little face popped up on the ultrasound.”

Throughout the pregnancy, Joanna and her family kept Avila updated on the latest developments, while Avila and her staff kept the family in prayer. Melissa’s situation was similar to the mother of twins born last week, whose mother, like Melissa, was a married woman facing a negative fetal diagnosis.

The twins’ mother, Adriana, was a former Flamenco ballerina whose first pregnancy in her mid-30s ended with a devastating miscarriage at 27 weeks last February. When she was told she was expecting identical twins, Adriana and her husband, Vincent, were afraid they would face the specter of another miscarriage and were on the verge of aborting at least one of the babies.

“The doctors wanted her to abort her first baby and she didn’t abort—and yet, she was considering aborting the second pregnancy because of fear,” Avila said. “Of course, if she would have walked into an abortion business, they would have told her, ‘You’re right, you’re already 38 years old, why put yourself through it again?’”

At an ultrasound at Heartbeat of Miami last August, Adriana told the ultrasound tech, Leslie, about her concerns and fears, helping her work through her emotions and extending the hope of the Gospel message. Not only did God care deeply for the family’s previous loss, he had done a work through his Son to bring them to himself, and he was not about to abandon them now.

Adriana’s sons, Tomas and Tadeo, were born Feb. 26—exactly one year to the date Adriana and Vincent lost their first child in a miscarriage. Tomas is already home with his family, but Tadeo is staying at the hospital until he gains enough weight to go home.

“These family members keep you in the loop because you’re now part of their family,” Avila said. “They don’t feel that they’re all alone. This is the whole awesome thing about the work we do. It’s amazing that God would allow us to experience this.”

The Decade of Life

Ten years into Heartbeat of Miami’s history, Avila has seen upwards of 30,000 women who were vulnerable for abortion instead choose life for their babies. Along the way, she’s overseen the organization’s expansion to four locations—two of which were abortion businesses when Heartbeat served its first woman in 2007.

In fact, Avila and Heartbeat served their very first client in February of 2007, when a 35-year-old woman named Mapi found help at the upstart clinic that was, at the time, the only pro-life option among 37 abortion businesses in Miami-Dade County.

Mapi’s daughter, Marella, will turn 10 this year, while Heartbeat of Miami will celebrate with its annual gala, “The Decade of Life,” where they’ll welcome back Rev. John Ensor, who founded the organization while he was with Heartbeat International and now oversees Passion Life Ministries—an international ministry establishing pregnancy centers in nations long-plagued by state-sponsored abortion programs.

Mapi, who had recently immigrated to the U.S., was afraid she would be abandoned by Marella’s father when she told him she was pregnant and a 90 percent risk to give birth to a child with Down syndrome, though it turned out that Marella was not affected by the condition and Marella’s father stepped up to support his daughter.

After thousands of conversations with women and families at risk for abortion, however, the thrill of meeting the children born because of Heartbeat’s work hasn’t worn off for Avila—whose organization was a 2015 finalist for WORLD Magazine’s Hope Award for Effective Compassion.

“We never get over this. I’ve been doing this for 10 years, but I continue to cry each time,” Avila said Monday, choking back tears. “I just continue to glorify the Lord in a greater and stronger way. It never ceases to amaze us, how God just does these things. We’re talking over 30,000 babies, but still, every story is an awesome story.”