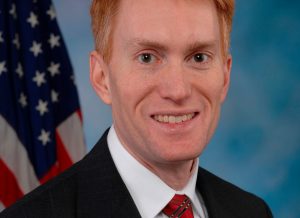 Pro-life legislation has historically faced an uphill battle in Congress, even with Republican majorities in both the House and Senate, due to the fact that some Republican legislators vote in favor of ‘abortion rights.’ Now, the Democrats control the House by a significant margin, and currently, House Speaker Nancy Pelosi is refusing to allow other pro-life legislation — the Born-Alive Abortion Survivors Protection Act, which would require medical care be provided to any infant who survives an abortion procedures — to even be brought to the floor for a vote. Bearing this fact in mind — that not even anti-infanticide legislation will be heard in the House — it seems very unlikely that the Dismemberment Abortion Ban Act of 2019 will pass.

However, in his press release, Sen. Lankford appealed to the possibility of finding common ground between the two major parties, based on the science of fetal development, saying, “Despite our differences on the issue of life, because of technological advancements, we clearly know now that pre-born children feel pain. Surely we can all agree that dismantling a child in the womb during a late-term abortion is inhumane and is not reflective of American values….”

Sen. Rounds added that “[d]ismemberment abortions are among the most brutal methods of abortion, and they account for roughly 90 percent of second trimester abortions,” said Rounds. “Unborn children can feel pain during this stage of the pregnancy, starting at 20 weeks….” The press release describes the brutal D&E (dilation and evacuation) abortion as “dismember[ing] and extract[ing], one piece at a time,” a preborn child between 13 and 28 weeks of pregnancy. “The child can also remain intact until he or she is crushed through the use of clamps, grasping forceps, tongs, scissors or other similar instruments,” the release notes. See the D&E abortion in the medical animation video below, narrated by former abortionist, Dr. Anthony Levatino:

The press release notes that the Act has at least a dozen other cosponsors in the Senate: