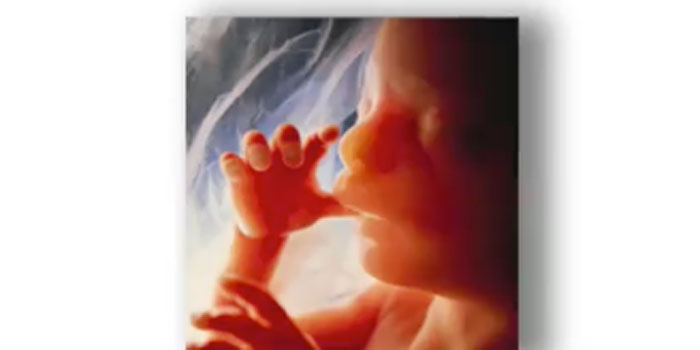 Rep. Trent Franks (R-Ariz), sponsor of a bill banning most abortions after 20 weeks gestation (which passed the House and now waits in the Senate), has been vocal about the need to pass protections for preborn children. Earlier this month, he stated that “if we cannot find the political will… to protect these, the most helpless of all human beings, the in the final analysis I don’t think we’ll find the will and the courage to protect any kind of liberty for anyone, and we do not deserve to govern.”

This is not the first time Franks has spoken up to defend the lives of children in the womb. Two years ago, mere months after the Center for Medical Progress released videos showing high-ranking Planned Parenthood employees discussing harvesting fetal body parts and haggling over prices, Franks implored Congress, “I beg you to open your own hearts and ask yourselves, ‘What is so liberating about brutally and painfully dismembering living, helpless, little human babies?’” He added that he believes abortion is “the worst human rights atrocity in history of the United States of America.”

So Franks’ latest pro-life stand should come as no surprise. On Twitter this week, CNN released a short video in an attempt to save its own journalistic reputation as part of a #FactsFirst campaign, which Townhall.com describes as “an odd video starring apples and bananas in which the network pledged to report the truth.” Here is that video:

“Some people might try to tell you that it’s a banana.” #FactsFirst pic.twitter.com/LbmRKiGJe9

Franks responded with a tweet of his own, drawing attention to the biased and misleading language used by abortion advocates like Planned Parenthood and its friends in the media:

In a past Live Action undercover investigation, Planned Parenthood was caught lying to women about the fetal development of their babies in the womb. In the video below, a Planned Parenthood worker in Milwaukee, Wisconsin, tells a woman who is six to eight weeks pregnant that her baby has no “identifiable parts,” such as “no arms, no legs, no heart, no head, no brain,” and is mere “fetal matter.” According to Live Action, “the staffer emphasizes the difficulties of adoption, urges the woman to obtain an abortion as soon as possible, and claims that abortion images are fabricated”:

While publicly, Planned Parenthood and its media allies may claim that children in the womb aren’t “babies,” behind the scenes, even abortionists know what they’re doing. In one Center for Medical Progress video filmed at Planned Parenthood of the Rocky Mountains, abortionist Savita Ginde admits on tape, “It’s a baby,” while sifting through the fetal remains of a child she has just aborted.