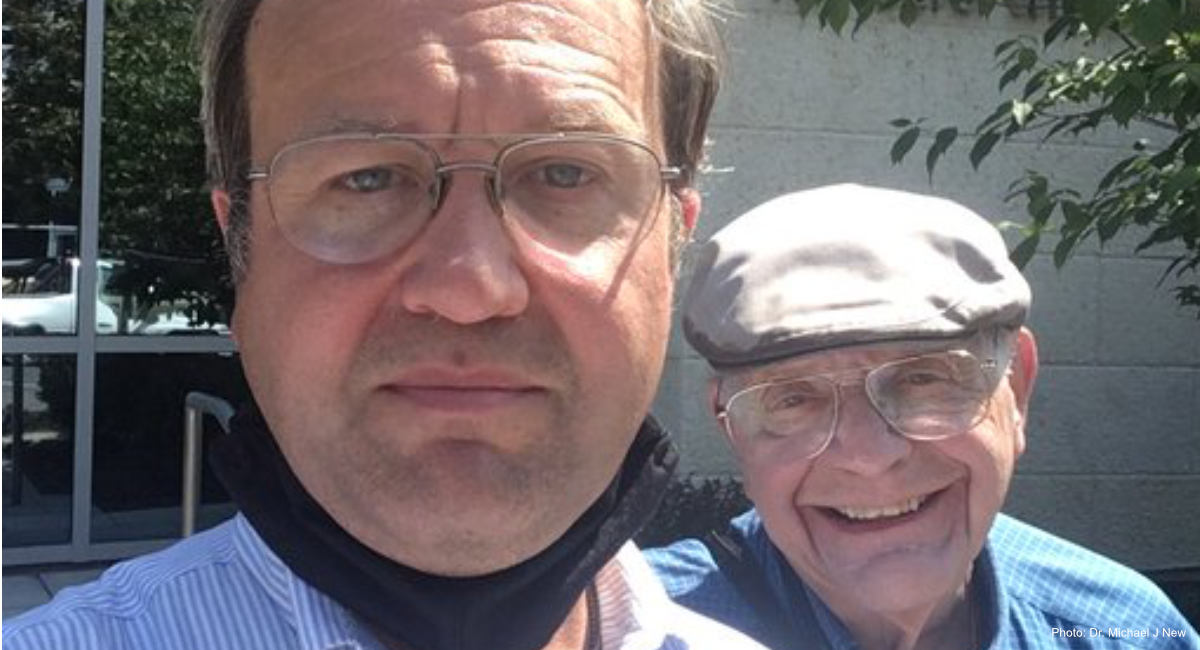 On Christmas Day, longtime Washington, D.C.-area sidewalk counselor and pro-life activist Dick Retta passed away. He was 90 years old and is survived by his seven children. Because of Dick’s tireless efforts, I can honestly say that hundreds, if not thousands, of innocent unborn children were spared from abortion.

I moved to the Washington, D.C., area in 2018. However, prior to that time, I spent many summers in there, where I would often do pro-life work. During my time in D.C., I have watched sidewalk counselors come and go. I have watched clinic escorts come and go. I even saw the D.C. Planned Parenthood move from its old location near the corner of 16th and L St. NW to its new location on 1225 4th St. NE. However, throughout all this time, there was one constant: Dick Retta.

In addition to this, Dick ran first-rate sidewalk counseling training seminars. They were packed with useful information about how best to approach abortion-minded women and their partners. I had the privilege to attend these seminars on multiple occasions and encouraged others to attend as well. Every time I had the chance to join Dick on the sidewalk and watch him in action, I felt like I learned something. Overall, those of us who are involved with D.C.-area sidewalk counseling all greatly benefited from Dick’s experience, his presence, and his example.

In 2011, Dick was unjustly prosecuted by the Obama administration Department of Justice for allegedly violating the FACE Act. His prosecution received national media coverage. Dick was also part of the ND88 group that was arrested for protesting President Obama’s commencement address at Notre Dame in 2009. Dick also served as president of Nuestra Madre por la Vida Inc., an organization which helps abortion-vulnerable women with emergency needs up to six months after the baby is born.

Interestingly, it was not until his retirement from the U.S. Department of the Navy that Dick took an interest in sidewalk counseling. About 20 years ago, Dick joined a group that prayed outside of area abortion facilities. However, after seeing a need for sidewalk counselors he took a course and started sidewalk counseling. He was nervous at first, but soon discovered he had a talent for approaching abortion-minded women and soon became a regular. Dick’s life experience was a powerful witness. It nicely shows that no matter how old you are or where you are located, you can always take powerful steps to build a culture of life.

Dick Retta was a devout Catholic. He was also a devoted husband, father, and grandfather. During the past 20 years, Dick was a model sidewalk counselor. His prayerful, helpful, life-affirming presence outside D.C.-area abortion facilities will certainly be missed. Rest In Peace.

Michael J. New is a Research Associate at The Catholic University of America and an Associate Scholar at the Charlotte Lozier Institute. He helps coordinate sidewalk counseling efforts outside the Washington, D.C. Planned Parenthood. Follow him on Twitter @Michael_J_New