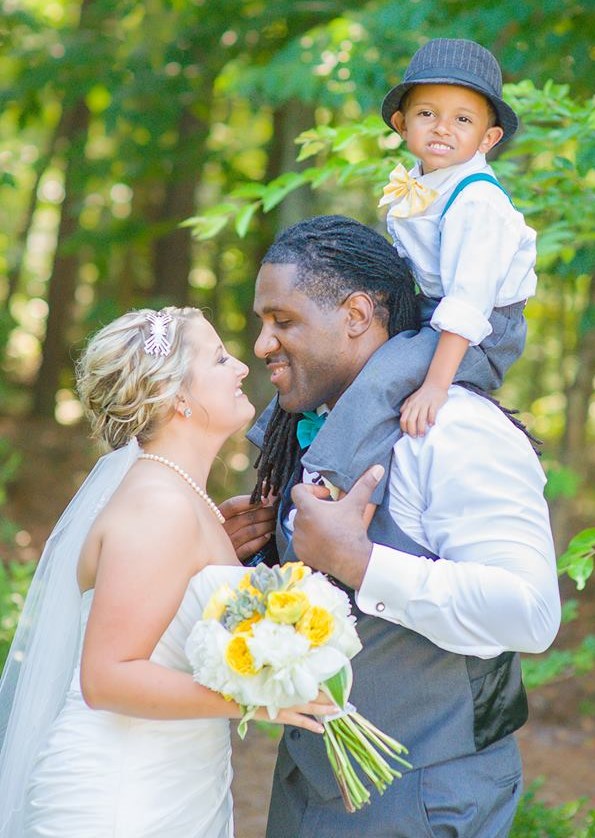 Rachel Tipton Boyd, or Tippy, as friends like to call her, is a living example of God’s grace. She was born into a loving Christian family and grew up as a pastor’s daughter. During her adolescent years, Rachel developed strong faith and a heart to serve. As a 20-year-old she traveled to Japan on a mission trip. In 2007 she returned for a summer internship, and at 21, she decided to move to Japan as a full-time missionary with “Youth With a Mission.” Before the dream of her heart became a reality, Rachel went through a major identity crisis. For two months she lost direction and was caught up in a life of drinking, partying, and rebellion.

At the time, Rachel justified her behavior as being a needed “last hurrah” before starting a new life in a foreign land. But deep in her heart, she knew that her actions were wrong. After her time of negative indulgences ended, she moved with her family in Georgia, where her father was taking a pastoral position. Rachel hoped to go forward in continuing to raise funds for her trip to Japan. Yet in the midst of planning, she knew something wasn’t right.

Just two weeks into life at her dad’s new church, Rachel realized she was pregnant. Terror flooded her heart. She would have to answer to her family, her church, and all the people who were supporting her move to Japan. A two-month season of frivolity had permanently changed her life. To make matters worse, Rachel wasn’t sure who the father of her child was. She had always professed to be pro-life, but in that moment, abortion seemed like an option.

Rachel feared that her dreams for ministry were over. She needed to speak with someone to share her concerns. She went to the Pregnancy Resource Center in Carrollton, GA. There she met a counselor with a similar story to hers. The counselor encouraged Rachel, letting her know that pregnancy was not an end to her life. She made it clear that being pregnant didn’t disqualify her from being used by God. She even let her know that God could bring good things out of the difficult circumstances in her life.

Rachel’s church was also supportive during her time of crisis. An elder at the church reassured her father, saying, “I’ve been there with my daughter.” Rachel says her mother went above and beyond everyone else, becoming her biggest rock.

Rachel got a job at Hobby Lobby and faithfully worked there until she went into labor. In 2009, Rachel gave birth to a boy she named Nolan. Nolan looked like an Eskimo when he was born. As he grew, his skin became noticeably darker, and the curls on his head grew into cute kinks. This was an obvious sign that Nolan was half-black.

Rachel had previously guessed the identity of Nolan’s biological father. She asked the man to take a DNA test, but he was unwilling. Eventually Nolan’s father had a change of heart, and a DNA test confirmed what Rachel knew. Although Rachel is the primary caretaker of Nolan, his father is making an effort to be a part of his son’s life. 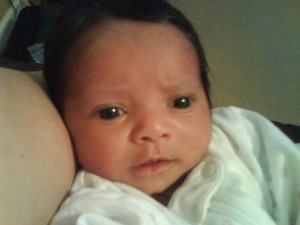 After Nolan was born, Rachel began volunteering at a Crisis Pregnancy Center. It was a perfect place to reach out to women who were in challenging situations. Although her plans for Japan had faded, overseas missions were still on her heart. She returned to YWAM with Nolan in 2010, and they spent his first birthday in China. The weather was frigid, and Rachel and Nolan spent many days huddled inside. A local Buddhist man became intrigued by Nolan, who he believed was “Micheal Jackson reincarnated.” He became close to Rachel and Nolan, visiting them often with food. When he heard of Rachel’s story, he offered to be a father figure to Nolan. He also told Rachel that he found abortion despicable. He said, “Why would anyone want to do that?” We are forced to do that here, but why would someone chose to?” 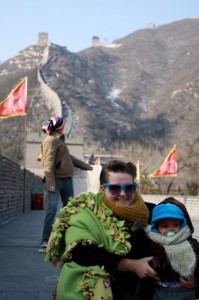 Rachel and Nolan in China serving as missionaries.

After returning from China, Rachel began volunteering at the CareNet Pregnancy Resource Center in Atlanta. The volunteer work eventually led to a job. Later a position opened up at the Pregnancy Resource Center of Carrolton in GA. This was the same center Rachel went to for help when she was pregnant. Rachel interviewed and was hired to be the executive assistant at the center. Her new boss was a woman who was there when Rachel had her ultrasound. Rachel remembers walking in as a client, scared and uncertain. Now she comes in as a confidant mother who’s grown through trying times. She considers it her dream job come true.

When it comes to dreams, Rachel had another one in her heart. Raising a young boy alone is no easy task. Rachel desired companionship. She wanted a good man who would love her and care for her son as his own. That dream came true when she meet Torrie Boyd. Rachel describes Torrie in her personal blog: “I met my husband online last summer. We have both had multiple dead end relationships over the years, He is in his mid 30’s and I’m in my late 20’s so lots of ‘what we don ‘t want in a relationship’ experiences. I was upfront about my son and my past (which I’ve learned a lot from), and this man still saw a future with me. He was able to go through my whole ‘what’s wrong with him’ questioning phase and passed with flying colors. I always found things wrong with past guys, but regardless of his imperfections I saw right past them and knew I could live with them. That was when I decided he is it!” 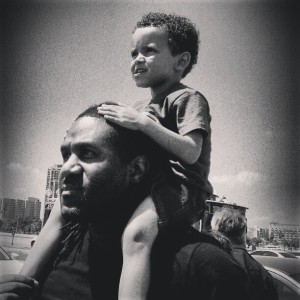 Rachel and Torrie got married this past June in a Georgia wedding. She was a radiant bride, full of joy and beauty. Torrie was ecstatic to marry his best friend, life partner, and gift from God.

Rachel believes that being in an interracial relationship is significant. She told me, “Our hope and prayer is to allow God to use our relationship to bridge the gap between cultures. For it not only to speak to the different cultures here in America but internationally, letting them know we all have the same value to God. By bringing all our spiritual gifts to the table, we can go farther then one culture can do alone. God is using us to breakdown false taboos that interracial relationships can’t work. He’s restoring what’s been broken and removing the lies we’ve been feed over generations. Only through God can relationships succeed, regardless of the race.”

Rachel loves being married. Life with a husband is a whole new world. Waking up to someone who can help her make breakfast and get Nolan ready is a blessing beyond words. Although she’s happy in her new life, Rachel never wants to forget where she came from. Enduring the struggles of single parenting has given her a unique appreciation for having a husband. She’s grateful to be at this point in her journey of life. As a counselor told her years ago, “God works all circumstances together to bring forth good.” Rachel, Torrie, and Nolan know that this is true.