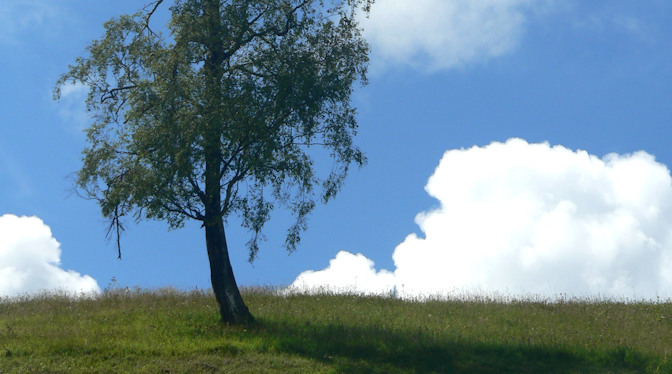 I was reading through my Facebook newsfeed last night when I saw a stomach turning post. A few pro-life friends shared a picture from a page titled, ‘Gaia’s Dancing Indigo Children‘.

The picture is of a woman in a field holding an urn with the large words ‘From Fetus to Forest’ on the top and ‘Watch your Child Grow as they transform into a beautiful tree’ on the bottom.

Along with the picture are these words made to sound like an advertisement. Note that woman spelled with a x. This is done by some feminists who feel that “having the word ‘man’ in the word ‘woman’ makes women a subset of men.”

Even though they know they have made the correct choice, many womxn will feel a sense of loss after terminating a pregnancy. Luckily, there is now a way to watch that fetus grow, while also having a positive impact on the environment. Over 33% of American womxn will have an abortion before the age of 45, and over 1 million abortions are performed each year; imagine the the effect on our carbon footprint if that resulted in 1 million new trees being planted each year! So, unless you have already earmarked your aborted fetus to be harvested for scientific research, consider making the right choice for yourself and the environment, and plant a tree today.

The last time I checked the post had been shared over 800 times with many  people expressing their disgust. I researched the idea, looked through their Facebook page and judging from the other content this picture is only just that. It’s not a real service they are advertising. Even though it’s not real judging by some comments on the post there could be a market for it. Some supported the idea, commenting:

“I did not feel crappy when I had an abortion. It’s the best thing I could have done at the time. If I had the option of planting a beautiful tree and helping the environment it would have been completely fulfilling.

“When I have my next planned termination I will give it a name and celebrate the day it is terminated, in its honor, every year. It will serve as a reminder to all children that my uterus is my own and no one else’s.”

I hate to give this sick post attention but I think it’s worth pondering for a few reasons. This strange idea of recycling fetuses is in a way more compassionate than the methods used to currently dispose of  aborted children. Let that sink in. As infuriating as this post is, the way the abortion industry trashes tiny human beings is even more dishonoring.

Late-term abortionist George Tiller used to hold funeral services for the children he aborted, complete with little urns. Most preborn babies don’t get such ‘special’ treatment. The majority of the ones aborted are off to the incinerator. Or in some cases like with former abortion doctor Kermit Gosnell, they are stuffed in fridges, cat food containers and down toilets. It’s safe to say if we’re disgusted, it should be over way more than a fake post.

At it’s simplest the Facebook post supports using fetal remains  to benefit someone or in this case something else. Isn’t that exactly what some in our nation are applauding Cecile Richards President of Planned Parenthood for doing? If we approve of using baby parts in research, why not use them as plant food? If a biologist figured out something in the preborn babies remains benefited plants, would people justify sticking dead babies into the ground like seeds?

The things that shock us today are normal tomorrow.  Margaret Sanger, founder of Planned Parenthood rarely spoke about abortion in the 1930’s and 40’s because she knew American’s weren’t ready for it. In a time when birth control was illegal who could imagine we’d have the ‘right’ to take the lives of our own preborn children for any reason, at any point?

When we don’t value human life we become monsters capable of anything our sick imaginations dictate to us. We lose sense of reason and do whatever is necessary to advance our desires. This is where we are at right now. We live in a world where our children are torn apart, discarded and given less honor than a deceased family pet. Let’s turn anger over a Facebook post into action and work to change that.