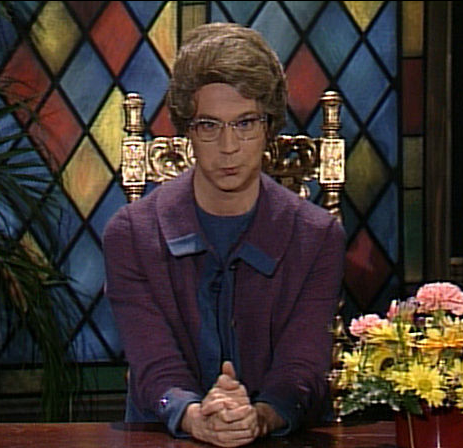 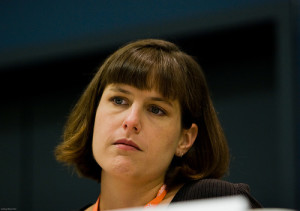 Meanwhile, in the continuing adventures of Amanda Marcotte and her never-ending war against “hard-line right wingers and religious fundamentalists,” our intrepid hero has taken to Slate to warn us about the “costs of growing up in a virginity-obsessed culture.” Spoiler alert: it’s even more insipid than you’re expecting:

While plenty of kids born into this situation carry on their parents’ ideals exactly as instructed, many get screwed up by the inherent conflict between being a young person trying to figure your life out and claiming on the other side that God and Ayn Rand have given you all the answers.

That would be pretty confusing, considering conservative Christianity and Randian Objectivism are separate and contradictory worldviews, with the latter expressly hostile to the former. (Ironically, Rand’s answers on abortion would sound pretty much like Marcotte’s.) If Marcotte insists on stereotyping her enemies, could she at least pick one and stick with it?

Anyway, her first piece of evidence is a review of Preachers’ Daughters, a Lifetime TV reality series following three (you guessed it) preachers’ daughters battling the tension between their religious upbringing and the temptations and expectations of contemporary teen life. Marcotte concludes:

The parents on this show treat their daughters less like full human beings to be loved and cherished and more like walking libidos that have to be suppressed at any cost. Unsurprisingly, the girls chafe under this dehumanizing treatment. They swing wildly back and forth between wanting to make their parents happy and being overcome with anger.

Before today, I’d never heard of Preachers’ Daughters. Maybe it’s everything she says and worse, maybe not, but I highly doubt anything in the show is crazier than Marcotte’s contention that families picked by Lifetime for a reality show constitute anything resembling a representative sample of faithful Christian culture in America. Does she also believe every container on Storage Wars just happens to contain screen-worthy valuables? That every blow-up on Hardcore Pawn is on the level? Even if we discount the possibility of entirely fabricated dysfunction (though at least one reviewer calls it “an obviously scripted, producer-and-marionette show”), surely Marcotte isn’t entirely oblivious to the entertainment industry’s incentives to find and emphasize the outrageous…right?

For Exhibit B, Marcotte presents Jonathan Krohn, an, 18-year-old liberal journalist who had a brief stint as a would-be conservative child prodigy a few years back. She cites a New York Times profile on him as evidence that Krohn “seems haunted by the conservative values he now rejects, particularly on the subject of sex”:

“In the midst of all the upheaval in his life, the one thing that has remained constant (‘unfortunately,’ he said) is his virginity. Interests like comic books and Star Trek aren’t exactly chick magnets (he recently tweeted about the ‘pre-anniversary of the Vulcans making first contact with Humans in 2063!’). Nor does it help that Mr. Krohn himself has written about his sexual status more than once.”

For a fuller picture, here are the paragraphs immediately following the one Marcotte quotes:

Like so many other nerdy young men who arrive in New York from a place where people don’t get them, he hasn’t yet realized that his type plays well here. He’s starting to see it, but he’s not there yet. “I’m not very good with women,” he said recently, although “I try. I try very hard.”

“I think I’m a pretty lonely person, come to think of it,” he continued. “I don’t have a lot of friends. I’ve never been the person that people called to hang out with. I’m not that guy. Like in high school, I especially felt that I wasn’t wanted. I got bullied.”

It’s sad to see anyone grapple with loneliness. But what he describes isn’t some unique side-effect of Christo-cooties; it’s part of something called “growing up.” The full range of social roles and experiences—loner, ladies’ man, class clown, life of the party, prom queen, wall flower, you name it—are obviously common among every religious or political affiliation. And while it can be difficult to miss out on meaningful romantic relationships, going without sex honestly isn’t the end of the world.

Indeed, Marcotte herself admits as much—“NYU’s campus is positively thick with virgins of all political stripes. You’re only 18. There’s no reason to feel like an outsider”—without seeming to realize that it kneecaps her thesis.

Further, though his parents understandably disliked his rejection of their values, the Times quotes his father as being proud of his son’s current work, and nowhere is there any indication that his parents’ religion or politics inflicted social maladjustment upon him. If Krohn himself doesn’t blame his family’s values for his unsatisfying social life, then Marcotte’s bigotry certainly isn’t adequate evidence.

Poor Amanda. So desperate to expose “the suffering inflicted on the children of a right-wing culture so intent on policing sex” that she’ll settle for “evidence” that doesn’t even rise to the level of her own past ravings on the subject, it seems her analytical skills are deteriorating before our very eyes.