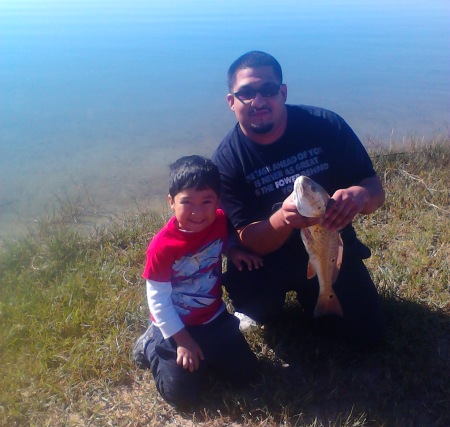 “The blessing of a child will make you, not break you.” 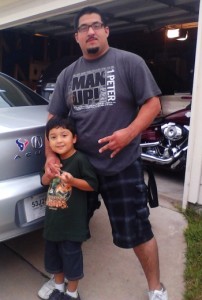 I met Andrew Lozano a few months ago when I was asked to fill in for a sidewalk counselor at Planned Parenthood. My job was easy that day because Andrew has enough vivacity to count for three counselors on his own.

Towards closing time, the pace of business started slowing down, and Andrew and I had the chance to introduce ourselves and talk. Someone there prompted Andrew to share his story with me, and I was intrigued. What followed was inspiring. Andrew has a lot to say about real manhood, faith, and men’s role in the abortion issue.

Growing up in Houston’s gang scene, Andrew didn’t have good influences in his life as a young man. By the age of 18, he had been in and out of jail, lost many friends to gang violence, and gotten two girls pregnant. “There are a lot of guys who joke about doing harm to their girlfriends if they ever get pregnant,” Andrew says. “It’s heartbreaking…I know people who have paid for three or four abortions already. Guys don’t know how to be responsible men.”

Andrew turned his life around when, at the age of 20, he found God in his life. Since then, he has committed his time to helping men who were raised in the same atmosphere that he came out of. “I heard this great saying,” he says, “that it’s not darkness that’s the problem; it’s the lack of light. Why aren’t we going into the neighborhoods and teaching people out here?” Well, that’s exactly what Andrew is doing.

He believes that men have a special role in turning the culture of death into a culture of life: “As men, we were created to be leaders. We need somebody to show us by example. These men out here, I don’t blame them for being how they are. It’s the lack of light that’s in these neighborhoods. We have to equip these men with more knowledge.” 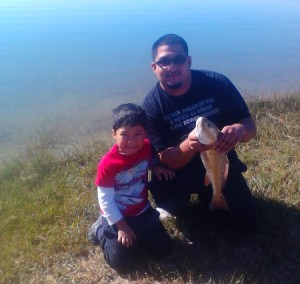 When asked how to reach the men at abortion facilities, Andrew didn’t miss a beat: “There’s a saying in the hoods: real recognize real. The men can see that I’m not a fake, I’m not a phony. They know I’m out there because I have a heart.” He continued, “You don’t want to holler at them, but you want to speak to them with authority. I speak to them like I know them, like we’re friends. I’m not going to bombard them. I’m going to come at them and say I want to bless them, so I know that once I do that the Lord will start speaking to them.”

As a father himself, Andrew knows the struggles and joys of parenthood: “I want to bless them and introduce them to a new way of life. I was there… They can’t say that I don’t understand. Ads and articles on the news make you feel like children will ruin your life. No, homey, a baby will make your life start! The blessing of a child will make you, not break you.”