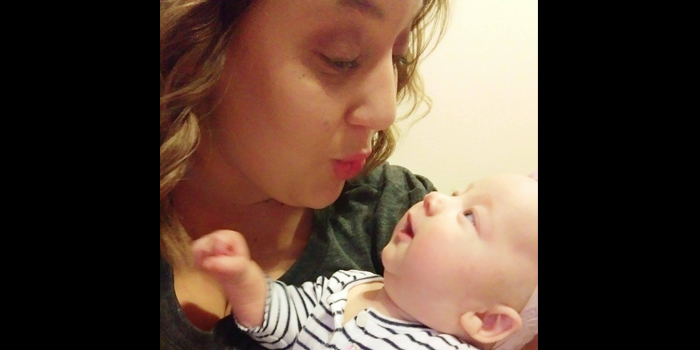 (Lib, Laugh, Learn) In the wake of this landmark decision by the Supreme Court in favor of “women’s rights” I’ve decided to “come out” so to speak, so that maybe those who are convinced that this decision is a huge victory for our country and women in this country will finally see abortion how I see it. From the eyes of a victim of rape, and a mother to a “product” of rape.

Other than myself, my attacker, and 2 very close friends no one knows this secret I’ve been hiding for over a year. Not my parents, not my siblings, and I will probably never tell my beautiful, and perfect 9 month old “product”. I decided to stay silent for fear of this man coming back to try and hurt me again in vengeance of me seeking justice. Although, I would not call him a “man”, he was a coward.

It was just a normal night out with friends, 2 beers with the girls and 1 shot bought by some random guys at the bar. But then it wasn’t so normal.

Now being a not-so-Kardashian-sized individual (I’ve got curves y’all), and being 1/2 German, that small amount of alcohol over the course of the 4.5 hours we were at the bar should not have affected me the way it did.

The rest was a blur.

When I finally “came to” I was in the back of some car, completely un-dresssed and there he was- a guy I had met in the bar, and the man I still fear to this day.

I drove home (somehow) and immediately got into the shower and noticed the bruises all over my body. From being held down and pushed around in order for this “man” to get what he wanted- against my will.

Two months later I discovered what I feared- I was pregnant with my attacker’s child. And from that moment on I created a string of lies so that if someone asked me who it was I’d have an answer, a made up answer, but an answer so that no one would ask any questions that would reveal the truth. But the truth has been eating at me since that night.

I was forced to make a decision- adoption or keep the baby.

You notice how abortion isn’t on that list? That is because it was never, and should NEVER be an option. This precious baby was the result of a horrible, and terrifying circumstance, but this baby was not to blame for that. I knew that regardless of my decision my life was going to change.

So before you preach to me about “well, what if…?” or “it is the Woman’s right to choose”, just don’t. Because here I am, the perfect answer to the example I’ve heard time and time again “well, what if the woman was raped? She should get to choose!”.

And you’re right, she should get to choose. But not whether or not that baby should live, whether or not she wants this tremendous blessing in her life, or if she’d like to bless another family with this precious gift.

So that brings me to today. This landmark decision by the Supreme Court striking down Texas’s HB2 which would cause 75% of abortion clinics here, in Texas, to close.

Obviously, I was hoping, and praying for this bill to be upheld so that the closing of these clinics would allow women to research other options than abortion but, we know how that ended.

So here I am, out loud and proud (how fitting following “Pride weekend”). I want people to know that this victim survivor is done being silent. I’m here telling those who have never gone through something like this that abortion is not a “woman’s right”, LIFE is every human’s right- including that unborn HUMAN, whether that human is male, female, straight, gay, black, white, etc. They deserve their chance to choose.

I’d be lying if I didn’t admit that I prayed every night that my child came out looking like me and not having any resemblance to this “man”. And I’d be lying that some days when I look at her I am reminded of that night, and I am reminded of how I tracked him down to tell him I was pregnant, and how he acted like he wanted to be a part of her life at first, and then the next day threw me against a wall and threatened to kill me and my child. I’d be lying if I didn’t say I’ve considered going “after him” for child support, or seeking other assistance from the government because being a single mom that is also a full-time college student isn’t easy, or very lucrative. But I didn’t. And I won’t. I CHOOSE to do it on my own and not be another streotype “living off of the government”.

I CHOSE life for my precious little “product”. Even though I had every grounds to terminate the pregnancy. Hell, I could have killed my baby, told my story and been deemed a hero.

But here I am, a year and a half later, stressed out of my mind, constantly tired, feeling like I’m always failing at life, or motherhood, but I will never regret my decision to CHOOSE to give this precious angel life. One little smile and I’m reminded that after every storm, comes the sun. And my little ray of sunshine is worth every sleepless night where I cry myself to sleep wondering if I’ll ever be able to give this little one the life and the “normal” family she deserves. I wonder if she’ll ever have an actual dad who loves her like his own. Because obviously, her real dad isn’t an option.

But regardless, I am speaking up so that those of you who think this decision was “brave” and “amazing” and was a “victory for women in Texas and across America” (quote from Hilary Clinton), and I’m telling you that it’s a very sad day in this country. Abortion is not about women’s rights, it takes away human rights from the innocent and defenseless.

So take a good look. Here’s the face of a survivor and a “product” of rape. Happy, healthy, and loved by each other. I’m happy to know that she and I both have the right to choose, but I’m glad that I CHOSE LIFE.

Editor’s note: This article originally appeared at Lib, Laugh, Learn, and is reprinted here with permission.