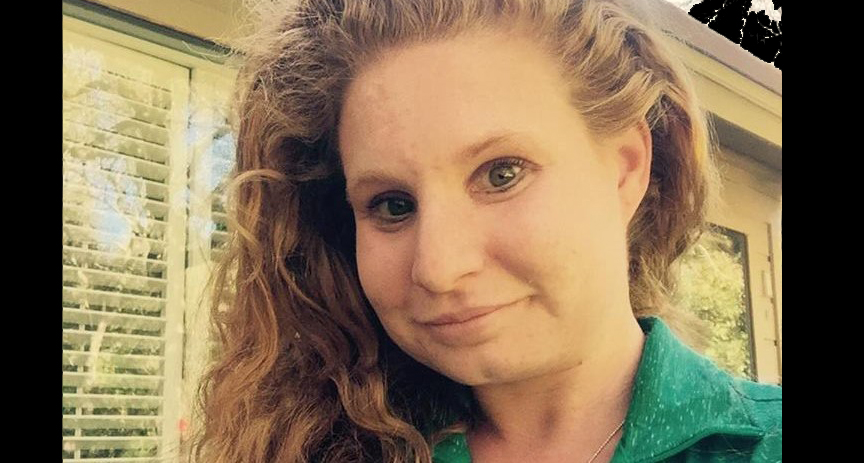 (Save the 1) At the age of 19, I was a very happy, vibrant young woman, excited about what the future had in store for me.  I was a freshman attending college in San Antonio, excited about meeting new people and swimming on the university’s swim team.  However, I had no idea that my freshman year was going to be the worst year of my life.

October 8th is a day I will never forget.  Someone who I thought was a really good friend at the time, came to visit me at college, with plans to hang out and go to dinner.  What was supposed to be a pleasant evening turned into a nightmare.  On this particular day, all of my friends who lived on the same dorm floor as me left to go to the college soccer game, including my RA – Resident Assistant.  When everybody left, it was just me and my friend.

As he locked the door to my room and turned on the music loudly, I knew something was seriously wrong.  At 6:15 pm, the man I thought I knew so well as a friend, revealed himself to be a monster.  He brutally raped me in my dorm room, punching me in the head, throwing me into the bed post, choking me, and ultimately raping me with a knife pointed at my ribs.  I screamed and screamed, but no one came, and he knew no one would be around.

He told me I was worthless, and threatened to kill me if I told anyone about his actions.  He also told me he would rape other women and I wouldn’t be able to stop him, then saying these rapes would be my fault.   On top of that, he told me that if I got pregnant, he would come and cut the baby out of me.  Terrified, I didn’t report the crime. I believed his threats and I was afraid he would come back and kill me, because I’d already heard that there’s very little justice for rape victims, and I felt hopeless.

Just a few weeks later, on October 27th, I found out I was pregnant from the rape, and of course, I didn’t want anyone to know, for fear that the rapist would find out, then come after me to kill the baby, just as he’d threatened to do.

When I went to the doctor, I told him what had happened and the first words out of his mouth were, “It’s still early in the pregnancy, so you still have options.”  Options?!!!

Having been adopted myself, I told the doctor I wanted to have the baby and place the baby for adoption.  I felt a very close connection with my birthmom, being the same exact age she was when she had me, and I wanted my child to have a family like I had.  The doctor didn’t even let me finish talking and said, “Who is going to want a rapist’s child?  The child will always remind you of what you have been through.  It’s still early enough to get an abortion.”   I couldn’t believe what I was hearing!  This is my child – a child of God.  Despite his horrible attempts at fear-mongering, I stormed out of the doctor’s office and didn’t look back.

The way the doctor reacted threw me into years and years of silence.  I thought, “What would people think if I told them I was raped and was going to give birth to this child?  Would they blame me for what happened?  Would they call my baby a ‘demon child’?”  I thought that the only way to protect myself and my child was to not talk about it and pretend it didn’t happen.  In fact, I never even disclosed the rape to the prospective adoptive parents, until just last year, out of fear that what the doctor said would be true – that they’d change their mind about wanting the baby.

I was very excited about this new life.  I knew I could turn this terrible situation into a positive one by giving my baby up for adoption.  I had already decided to ask one of my friend’s mom if she would be willing to adopt my baby because I was aware that she recently suffered a miscarriage.  Sure enough, this couple did want to adopt my baby!

I felt so blessed that God would give me this sweet angel growing inside of me to help me heal.  I have always considered my child to be my beauty from pain.  Even though what happened was horrible, a sweet little baby was conceived.

About a month after learning I was pregnant, I suddenly began experiencing sharp pains and bleeding.  Fear came over me that I might lose this baby – my light in the darkness.  One of my friends rushed me to Urgent Care, and they informed me that I was in the process of miscarrying.  This news was devastating and I was completely heart broken.

After that, I became more depressed and more distant from my friends.  I didn’t tell any of my friends about my pregnancy or the miscarriage until two or three years later.  Thoughts of hurting myself to end the pain engulfed me.   I even called the rapist to scream at him, telling him that I’d become pregnant from the rape, and that the miscarriage was his fault.  But all he did was blame me more, telling me I miscarried because I would be a bad mom.  I felt empowered by having called him, because my voice was heard.

A week later, God saved me yet again.  He sent me a message in a dream.  In my dream, the Virgin Mary came down from Heaven holding a red-haired, blue-eyed baby boy.  Mary said, “Katie, your child, Michael Jude is safe and loved.  He is in the hands of God.  He loves you dearly and so does God.  Please know that your child is always watching over you, now and forever.”  The dream gave me so much hope and I truly believe that my child has been with me this whole time.  Michael has been with me through my panic attacks, flashbacks, nightmares, and constant emotional abuse from my rapist who stalked me for years.

I have PTSD and depression — not just from the rape, but from the miscarriage.  I experienced two traumas that mashed together.  I constantly have nightmares and panic attacks because of both traumas.

Being adopted myself, I take abortion very seriously.  After going through this, I feel a very close connection to my birthmother.  She could have aborted me, but instead she gave me the most beautiful gift — my life!  I understand what it’s like to lose a child whether it’s through adoption or miscarriage.

I hate when people make the rape exception.  Women are stronger and more resilient than society gives us credit — we don’t need to kill our children to be emotionally healthy.  Just because I was raped doesn’t mean I can perpetrate violence upon another and take away a life.  My child is a blessing and I honor him every day by speaking up and telling women abortion is not okay.

Honestly, if I had had an abortion, my healing process would have been very slow and even more difficult.  Not only would I be having nightmares about the rape, but I would also be dealing with the guilt of the abortion.  To help you understand even more – I want you to know that I would endure the rape all over again if I could hold my child alive and see that sweet face.

Even still, Michael Jude has bought me such healing.  Last year was the first time I spoke up about the rape, pregnancy and miscarriage seven years ago.  I reported the crime to the police last year, and I believe all of that was possible to do because of God and my sweet Michael.

On October 8, 2008 – the day I was raped, God stayed with me in that room and told me to hold on.  He calmed me down and helped me survive.  He saved my life on that horrid day and gave me a beautiful gift — my beloved son.

I have decided that every year on October 27th – the date my baby left this Earth, I will send a balloon into heaven with a note to Michael Jude.  It warms my heart to know God is watching over my precious angel!  I know I have a long journey towards healing, but as long as I have God’s love and my child watching over me, I can do anything!

I began to discuss the loss of my child with my therapist, and my desire to somehow connect with other women who had conceived out of rape.  My therapist turned to her computer, searched the term, “conceived in rape,” and Rebecca Kiessling’s story popped up, with a link to Save the 1.  I watched the short Save The 1 promo video and was amazed to see all of these beautiful people who were conceived in this way, as well as the mothers like me, who became pregnant by rape and love their children.  I knew that this was a means for me to honor my son, by advocating for my son’s right to life, and others like him.  I’m grateful for what Save The 1 stands for and does for women who have experienced this trauma.  And now I’m bearing witness to the truth — a child conceived in rape is the mother’s beauty from her pain.

I love you Michael Jude.  I hope you know how much I value your life. I honor you!