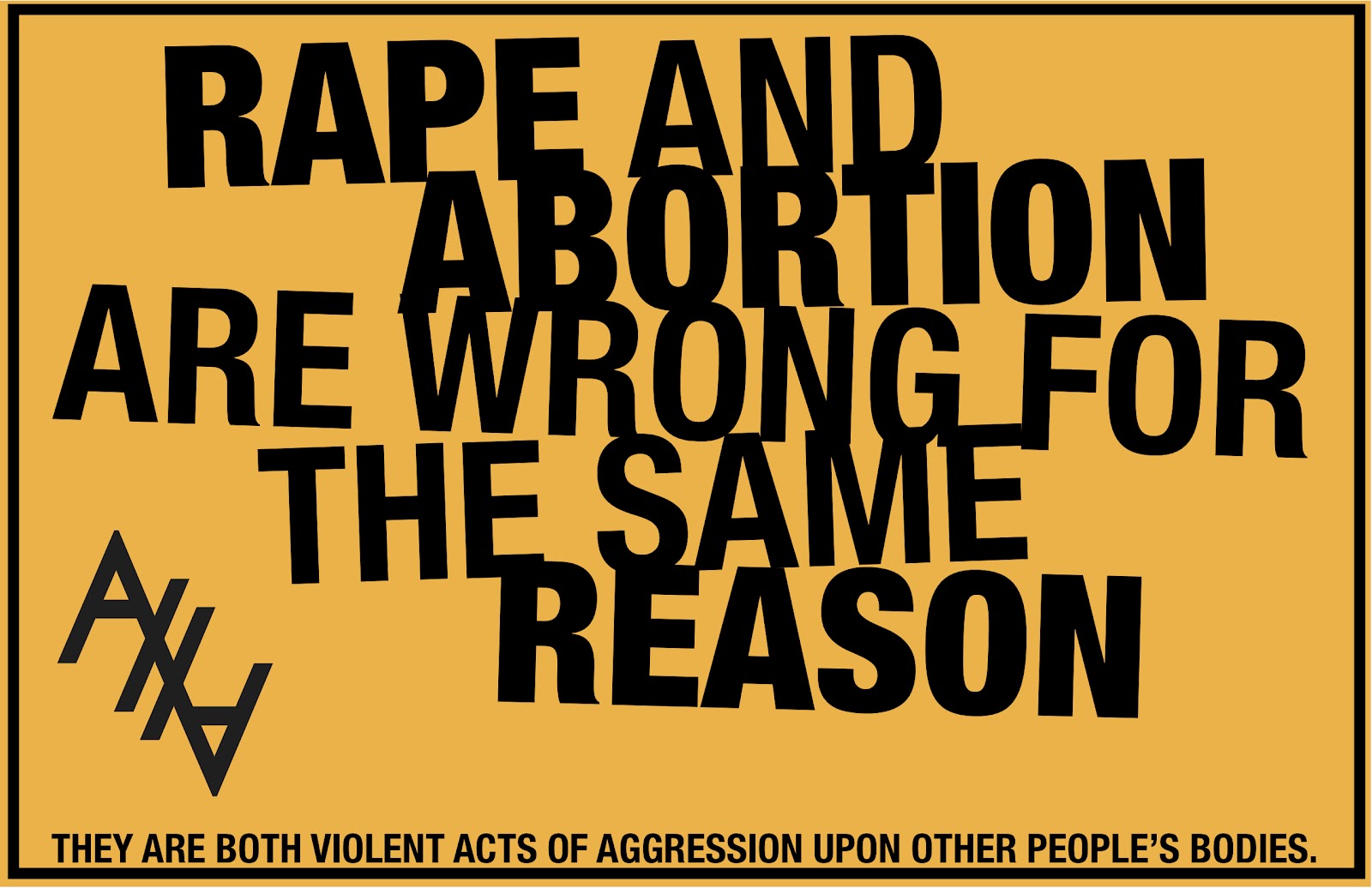 While rape is inexcusably wrong, abortion is, too.

While abortion and so-called “women’s rights” were being brought forth by the Obama campaign as part of the presidential elections this year, the question of how rape impacts abortion was never at the forefront – that is until Congressman Akin, running for U.S. Senate, made his “legitimate rape” comment earlier this week.

This comment was condemned (not surprisingly) by the Democrats. However, it was also condemned by the GOP – specifically by several lead players in the GOP, including presidential candidate Mitt Romney. Akin was told to withdraw or, in the alternative, not to expect any funding from the GOP. Romney said the congressman’s comment was “insulting, inexcusable, and, frankly, wrong.”

Two posters by Abolish Human Abortion, an abortion abolitionist group, help illustrate why rape should not be a reason for abortion. 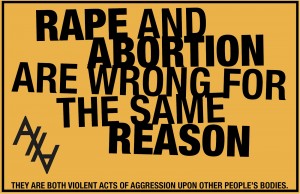 Rape and abortion are wrong for the same reason – they are both violent acts of aggression upon other people’s bodies.

Two wrongs cannot make something right. Yes, rape is a hideous crime. Yes, the perpetrator should be punished. But when a child is conceived as a result of rape, he or she is not the perpetrator. The child is an innocent victim, just like the mother. Just as there should have been someone there to protect the mother from the crime of rape, someone needs to be there to protect the child from the crime of abortion (i.e., murder). 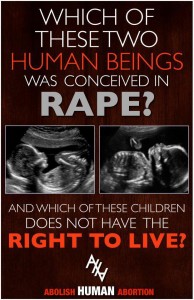 Which of these human beings was conceived in rape? And which of these children does not have the right to live?

It’s good that the question of rape in relation to abortion is being discussed, but it is disappointing that politicians are willing to accept rape as a valid reason for abortion. While rape is inexcusably wrong, abortion is, too.