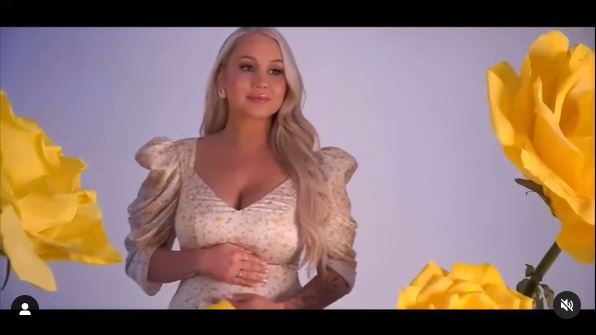 On May 4, country music star Raelynn Davis announced on Instagram that she and her husband Josh are expecting their first child. The 27-year-old singer, who also lives with Type 1 diabetes, captioned her announcement with, “HAPPY BIRTHDAY TO ME! I’m 27 years old and 21 weeks into carrying our BABY GIRL.”

A few days after her pregnancy announcement, the expectant mother posted to social media again, this time sharing a song she wrote in tribute to her growing preborn daughter. The song was co-written with songwriters Drew Kennedy and Ben Stennis. She captioned the post with lyrics from the song:

When I watched those to [sic] pink lines arrive that Wednesday afternoon. It went from me just being me to me being me and you and baby I just smile think bout your little eyes looking into mine it’s crazy how it’s like. Like I already met ya, already held ya, I knew that I loved you before I could tell ya. It was written in the stars it was tattooed on my heart you were always meant to be the one MADE FOR ME TO LOVE. 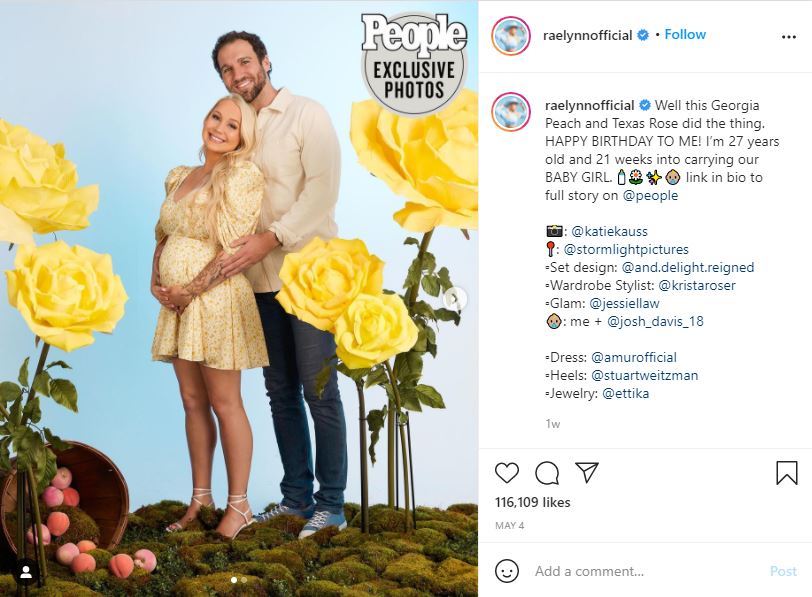 Underneath the song lyrics, Raelynn noted that she “wrote this when BB girl was 8 weeks in my belly,” adding, “Happy Mother’s Day to all the moms and expecting moms.” The Instagram post also included partial audio of the song, as well as footage of the pregnant star with her husband and pictures of their daughter’s sonogram imaging.

Raelynn said that she and her husband used the time together during COVID-19 to think “more about the important things in life,” which for them meant “growing our family.” In addition to weighing the stresses of pandemic life, this also meant considering Raelynn’s Type 1 diabetes, which thanks to “an amazing care team… has never been better,” according to the singer.

The Davises have decided on their daughter’s name, but are waiting to announce it when she is born. Raelynn said the name was an easy choice. “We agreed on it pretty quickly because it was just too perfect not to,” she said. Raelynn’s recent Instagram post explained that her daughter “is the size of a papaya” at 22 weeks. She added, “This week feeling her move while recording new music has been one of coolest feelings in the world. Carrying her and doing what I love mixed together is a sense of home I have never felt before.”

Raelynn’s baby’s heart has been beating since about 22 days post-fertilization, her brain first appeared at about two and a half weeks, and her brain waves were recordable at about six weeks. At 22 weeks, a baby is capable of surviving outside the womb if given proper medical care, though abortion still remains legal in the United States until birth.