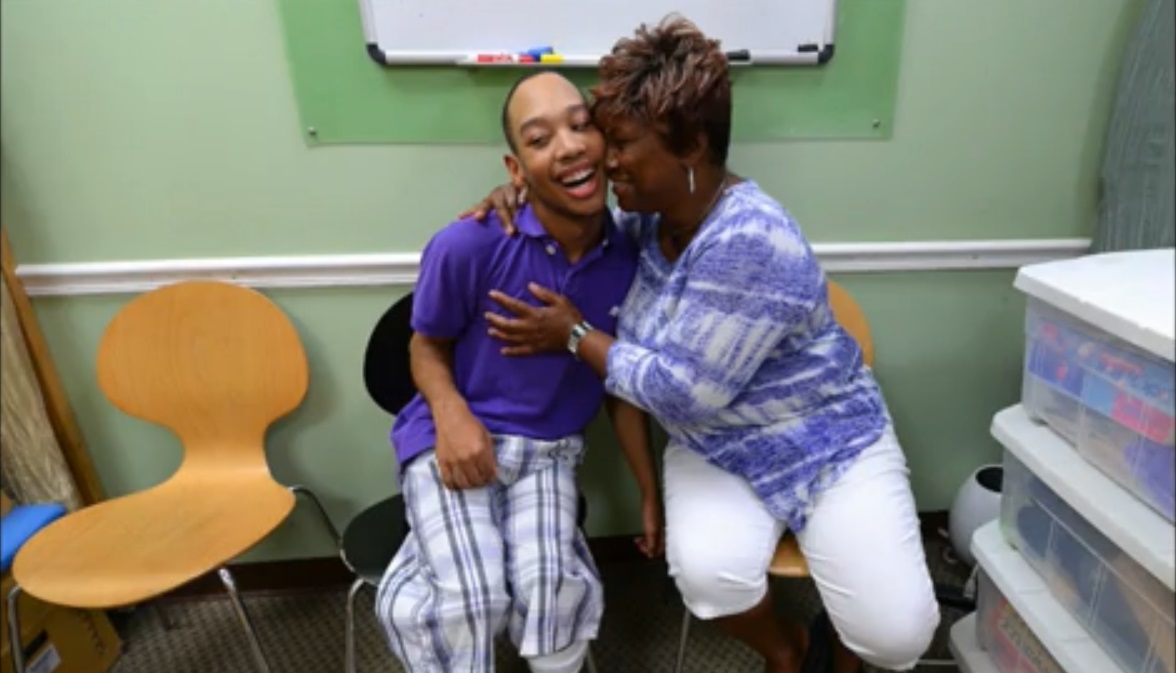 In 2001, former Carolina Panthers football player Rae Carruth was sentenced to 18 years and 11 months in prison for his part in the murder of his pregnant girlfriend in an attempt to kill her and their baby. Next year, when he is released, the son he tried to kill will be there to greet him.

Cherica Adams was eight months pregnant when she was killed execution-style on November 16, 1999. Doctors were able to perform an emergency C-section to save her son; however, Adams died about a month later. She had been shot four times. One bullet missed her baby by an inch.

The baby boy, named Chancellor, has been raised by his grandmother Saundra Adams.

While on trial for Adams’ death, prosecutors said Carruth had Adams killed because she was pregnant and refused to have an abortion. At the time, the Charlotte Observer reported that witnesses testified that Carruth decided to kill Adams after his attempt to beat her until she miscarried failed.

In one year, Carruth is expected to be released from prison and Chancellor, now age 16, plans to be there to meet him. He told WSB-TV that he and his grandmother will send a letter to Carruth in hopes of setting up a time to meet. However, even if Carruth doesn’t respond to their letter, they still plan to be at his release.

Chancellor, who has cerebral palsy as a result of oxygen deprivation when his mother was shot, is said to be an excellent student who is dedicated to his physical therapy. His grandmother hopes one day, she, Chancellor, and Carruth can all work together, speaking about the importance of forgiveness.