There have always been those who support abortion for racist reasons. Though the majority of pro-choice people do not fall into this category, arguments based on racism have been used to support the legalization of abortion from the very beginning. The argument that abortion cuts down the number of minority children is sometimes put forth.

The National Association for the Repeal of Abortion Laws (now called NARAL Pro-Choice America) is one of the oldest pro-choice organizations in the United States. It was founded in 1969. One of the founders was Lawrence Lader, a pro-choice activist who wrote a book called Breeding Ourselves to Death. In this book, Lader puts forth many arguments as to why anti-abortion laws should be done away with. On page 23 of the book, he makes the following statement:

Above all, society must grasp the grim relationship between unwanted children and the violent rebellion of minority groups.

In this argument, he advocates abortion to control what he saw as the “violent” non-white citizens. He is perpetuating the stereotype that minority children grow up to be violent adults and utilizing a racist stereotype to frighten white people into supporting his cause.

Aiming his rhetoric, perhaps, at white upper-class men and women in the 1960s, he used the fear of African-American violence to get them to support abortion. Perhaps people who felt threatened by the civil rights movement were his intended target for this rhetoric. 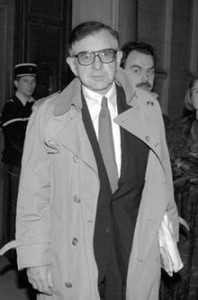 Dr. Bernard Nathanson, who worked with Lader, wrote the book Aborting America in 1979. Nathanson was involved in NARAL from the beginning. He would later become pro-life and record the famous video “The Silent Scream,” which showed an ultrasound of a baby being aborted.

In Aborting America, Nathanson described conversations with Lader about how best to promote the pro-choice cause. In the book, Nathanson recounts what Lader told him one day:

We’ve got to keep the women out in front…. And some blacks. Black women especially. Why are they so damn slow to see the importance of this whole movement to themselves? (1)

So here we see that Lader doesn’t hesitate to use African-American women to advance his cause, even as he uses racist rhetoric to frighten upper-class whites into supporting NARAL. His frustration that African-American women don’t seem to have the desire to abort their children frustrates him, perhaps because he views them as a demographic that should be having abortions.

In the book The Ambivalence of Abortion by Linda Bird Francke, there is a quote by pro-choice activist Michael Bracken:

It’s not that obvious to some black women that abortion is the right decision. It’s only later on that poor or black women realize they don’t want more children tying them down. They need more pressure to abort. (2)

Again, we see a white man frustrated that African-American women are not embracing abortion as much as he wants them to. It is difficult to interpret Bracken’s statement as anything other than a racist remark.

Feminists for Life documented another racist quote made by NARAL member Nancy White. She made the following statement during a speech advocating abortion rights:

The 54% of Black children born to unwed mothers are not productive members of society. Teenagers never make good mothers….single mothers have bad children. (3)

These are just a few quotes that show that there are racists among abortion advocates, or, at least, individuals who are willing to perpetuate racist stereotypes to promote legal abortion.