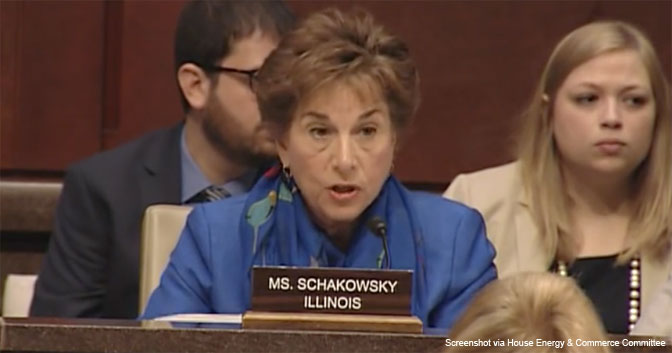 Now, it’s possible that [Rep. Jan] Schakowsky could take her responsibility to investigate the fetal organ trade seriously despite all these conflicts, but the record thus far dramatically suggests the opposite — a pattern of obstruction, rather obvious collusion with those under investigation, and grandstanding….

According to Open Secrets, Schakowsky has, in fact, received $13,365 from Planned Parenthood. EMILY’S List, a pro-abortion fundraising group that frequently gives out money in many contributions under the reporting threshold, has given Schakowsky $64,553 in reported contributions. The list goes on, including $9,500 from NARAL Pro-Choice America and $1,750 from National Organization for Women.

Schakowsky is just one of the handpicked Democratic members on the House panel who is supposed to investigate the legality of trafficking organs from aborted human babies. Her conflicts of interest include her family financially benefiting from messaging and campaign coordination projects for some of the groups under investigation, receiving copious campaign contributions from those same groups, and having a donor serve as a witness without disclosing their close relationship. If Schakowsky is somehow able to remain impartial while fulfilling her responsibilities, she may want to start demonstrating that.