So far, 44 states have confirmed participation, with a total of 211 protests planned. With just over 650 Planned Parenthood facilities nationwide, and more protest sites being added this week, pro-lifers are hopeful for a profound impact across the nation. Organizers write:

The time has come to defund America’s abortion giant! Planned Parenthood is the nation’s largest abortion chain, killing over 300,000 babies each year, and nearly half of their billion dollar budget comes from our tax dollars.

But now the new 115th Congress is moving to strip Planned Parenthood of that money! On February 11, pro-lifers like you will take to the streets to demand our government stops funding an organization that specializes in killing children.

While the mobilization is centralized, the protests have unique flavors. The site lists various suggestions for types of protests pro-lifers may want to hold in their region:

With each suggestion is an explanation, as well as tips on how to work with police and conduct the protest within the bounds of the law. The site also has PDFs of protest signs each group may want to use. 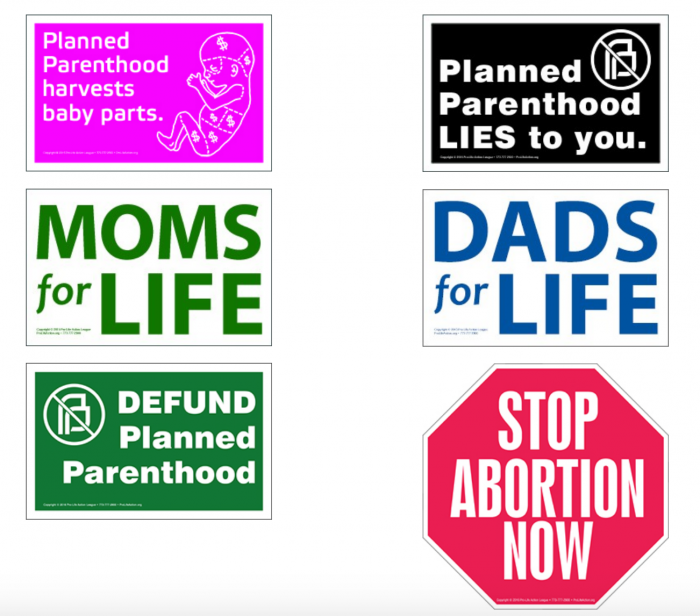 The organizers behind #ProtestPP are from various pro-life groups, working in unity to fight against taxpayer funding of the abortion corporation. These organizers came together after The Center for Medical Progress released its videos in the summer of 2015:

#ProtestPP is a coalition of state and national pro-life groups organized in response to the horrifying revelations in summer 2015 that Planned Parenthood has been involved in the illicit trafficking of aborted babies’ body parts.

The primary sponsors of #ProtestPP are Citizens for a Pro-Life Society, Created Equal and the Pro-Life Action League. These three national activist organizations are joined by over sixty state and national pro-life groups committed to exposing the truth about Planned Parenthood and mobilizing the response of pro-life Americans.

While #ProtestPP has many locations in place, it is still seeking to add more, and anyone who finds their region does not have a planned protest may visit the website and add their local Planned Parenthood to the list by leading a protest — which can simply be a prayer vigil.

The current lists of protest sites may be found here.

For more information, people may visit the #ProtestPP site, email info@protestpp.com, or call 773-777-2900.