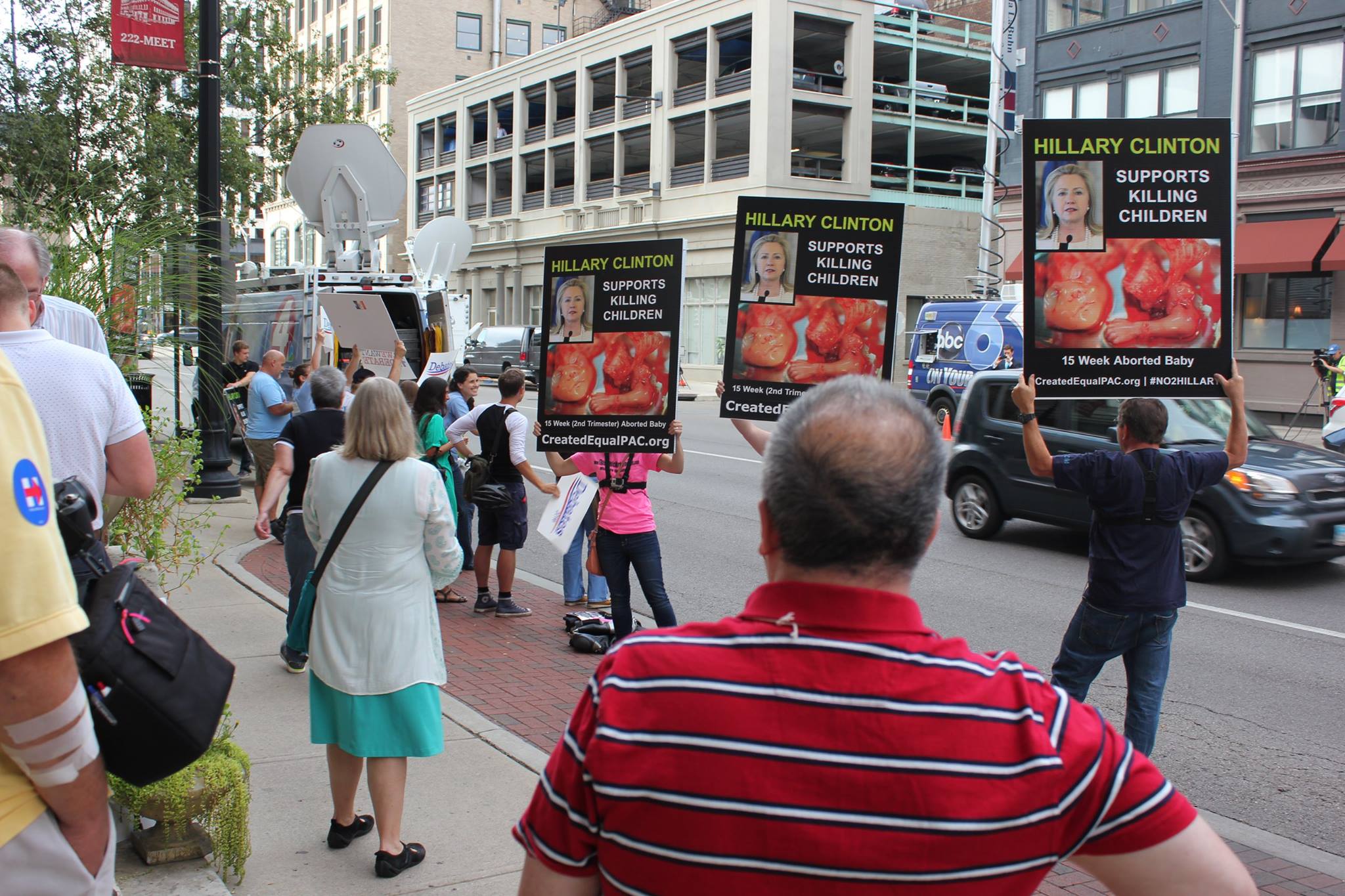 Pro-lifers exposed Hillary Clinton’s support for Planned Parenthood and for abortion outside an Ohio event where a relatively small crowd of Clinton supporters gathered.

The grassroots meeting Thursday in downtown Columbus, dubbed “Women for Hillary,” was an opportunity for Clinton to share her views on equal pay for women, paid leave, and abortion.

A press release for the event mentioned Hillary’s support of Planned Parenthood:

As President, Clinton will protect funding for Planned Parenthood, and will fight Republican efforts to take away women’s right to basic healthcare like affordable birth control.

FOX’s Ed Henry attended the Ohio rally and tweeted that Hillary’s turnout was poor, later adding in a FOX report, “Looks like Ohioan women might not be into Hillary.”

Very small crowd for @HillaryClinton event in Ohio — what you'll see on tv (left), what you won't see (right) pic.twitter.com/SY6nPGrWbu

Outside the Hillary event, pro-lifers said the Democrat presidential hopeful should not be nominated because she supports abortion. One woman attending the pro-life rally stated:

Hillary Clinton stayed about an hour, spoke to a group of supporters, got them all fired up to support her for President… and she exited and was all smiles… thinking we were FOR her… until she caught sight of the abortion victim images…. Mark Harrington, president of Created Equal PAC, included in a group of about twenty pro-life advocates, greeted Mrs. Clinton and  her smattering of supporters with a bullhorn and with signs that read, “Hillary Clinton supports killing children.” Harrington remarked at the event:

Hillary Clinton does not deserve to be the Democrat nominee nor be the President of the United States…. She’s disqualified because she supports the killing of preborn babies….

A vote for Hillary Clinton is a vote for killing children and harvesting their baby parts for profit….