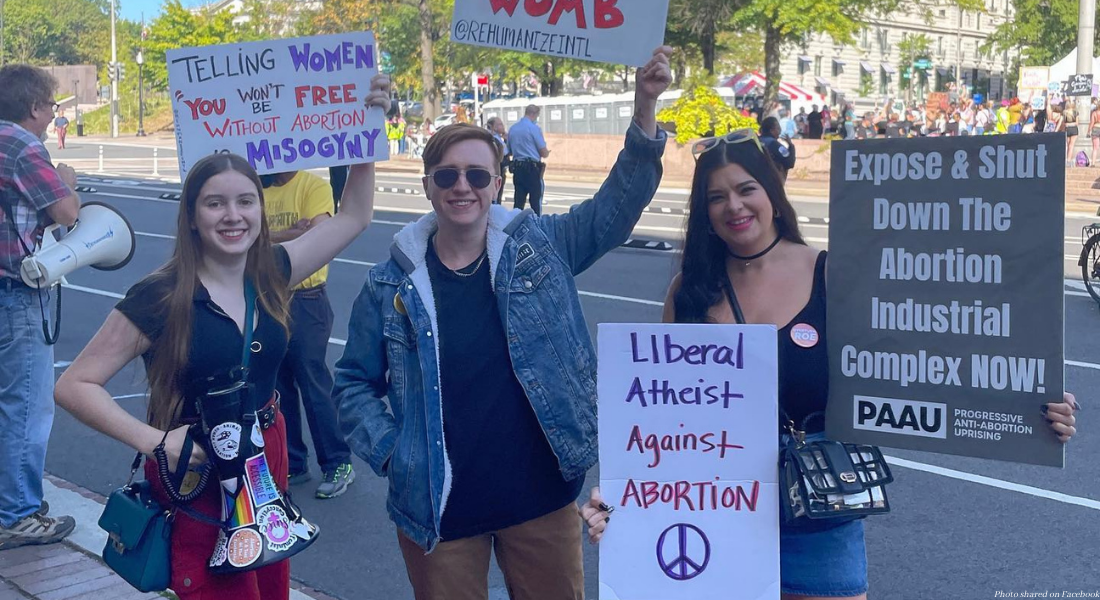 A new progressive group is changing expectations of what it means to be pro-life. The Progressive Anti-Abortion Uprising, or PAAU, was launched this month by Terrisa Bukovinac, the founder and president of Pro-Life San Francisco and former president of Democrats For Life.

Bukovinac announced the formation of a new progressive anti-abortion group just before the Women’s March last weekend — a distinction from the “pro-life” label that she told the Catholic News Agency is intentional. PAAU, she explained, is “an uprising of grassroots activists” who are “looking to organize blue cities across America” against abortion. “In more left-leaning circles, sometimes the phrase ‘pro-life’ has become a little meaningless,” she said. “They all consider themselves pro-life and pro-choice,” she said. “I wanted to state very clearly in the name that we are opposed to abortion. We are a single-issue organization.”

In another interview with Fox News, Bukovinac said that the Democratic National Committee has become “radically pro-abortion,” and does not represent what many Democrats believe. “The Democratic establishment is completely out of touch with their constituents on the issue of abortion,” she said, adding that the DNC is trying to silence and stigmatize pro-life liberals, in part by making the issue of abortion into a religious one. Bukonivac argued that secular Americans have always been part of the pro-life movement, and that defending life has nothing to do with religious belief.

“The unjust killing of the unborn is a violation of our progressive values of equality, nonviolence and nondiscrimination,’ she said. “The scientific position is that life begins at conception… [d]enying the humanity of the unborn is science denial, it is literally anti-progressive. The expansion of rights to those who are marginalized is what progress is all about.”

She further pointed out that the abortion industry has a long history of racism tied to it, but that the DNC denies it.

“On the left, we recognize that racism exists in every part of our society. Not only does it exist at Planned Parenthood, but it is the reason this industry exists at all,” Bukovinac said. “We cannot dismantle white supremacy without dismantling Planned Parenthood and the abortion industry.”

PAAU is different from other pro-life liberal groups because they will focus solely on abortion, as opposed to the full spectrum of pro-life issues. Further, Bukovinac wanted to give a place for people who aren’t just Democrats, but progressives, who want more government programs that can forward pro-life goals — and she believes they’re more likely to be successful. “The only groups that seem to make any difference to the DNC are progressive groups that operate outside of the establishment politics and force the Democratic Party to become more progressive,” she said, adding that otherwise, “the DNC is never going to abandon this horrific, unjust relationship that they keep with the abortion-industrial complex.”

PAAU had a presence at the Women’s March, sharply criticizing how progressives have linked themselves with abortion.

The group is dedicated to saving preborn lives, with Bukovinac saying, “We are willing to actually put our bodies in between the oppressor and the oppressed and that will be the nail in the coffin of the abortion industry.”