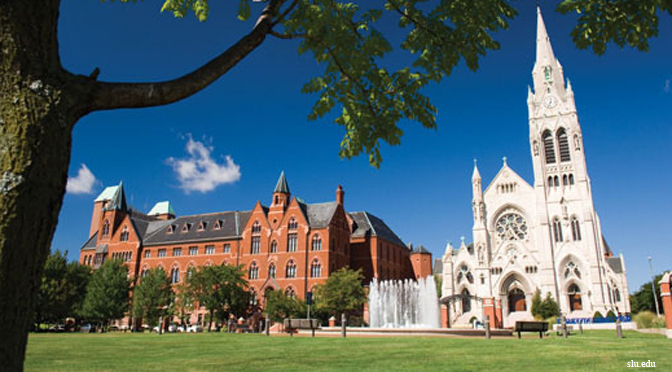 The pro-abortion group originally intended to have the abortion giant hold a forum entitled “Myths, Truths and Facts: Planned Parenthood” at the university, in which Planned Parenthood St. Louis Board of Trustees chair Linda Raclin was to speak on “the current controversy surrounding the videos, political attacks and physical challenges (threats, protesters, etc.) Planned Parenthood is facing.”

The event sparked controversy due to its inconsistency with the Catholic Church’s teachings that abortion is a “moral evil” and “grave offense.” Catholic pro-life leaders such as Cardinal Newman Society president Patrick Reilly said that “the Catholic faithful have a right to expect that those institutions which claim to teach and model Catholic values will not compromise in the defense of innocent human life.”

Following the uproar, Pestello met with the students in what was described as an amicable discussion which concluded with the students deciding to relocate the forum, though LSRJ president Keri Smith lamented that she believed “if we would’ve stood our ground the event would’ve been canceled.” The event will go on, but LSRJ will have to host it at a location off-campus.

Pestello has not commented publicly on the incident, but St. Louis University’s vice president for marketing and public relations Jeff Fowler said that “a number of concerns were raised,” among them that “we are a university, a place where different points of view are discussed, but we’re also a Catholic university.”