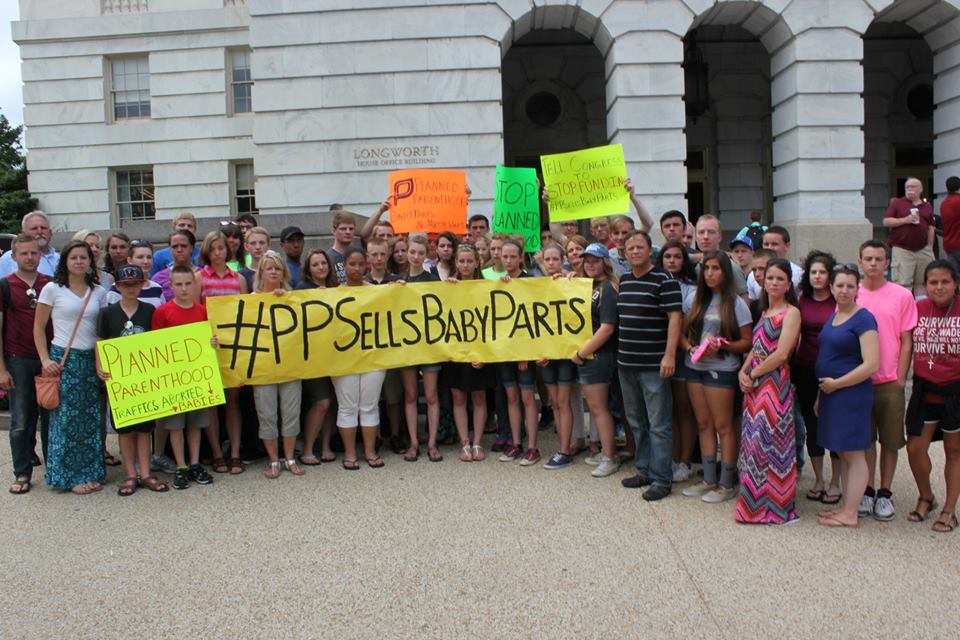 On Wednesday morning, the pro-life organizations Created Equal and Christian Defense Coalition joined forces to demonstrate outside the office of House Speaker John Boehner to renew calls to cut off taxpayer funds to Planned Parenthood, particularly in light of the organization’s latest scandal.

In videos released on the group’s Facebook page, dozens of pro-life men and women of all ages can be seen chanting to defund Planned Parenthood and singing as they march through the halls of the Longworth House Office Building. Created Equal also posted a video of the protestors’ elated reaction to Speaker Boehner’s announcement that Congress will investigate Planned Parenthood over the situation: “As this is happening and as we ultimately defund Planned Parenthood, you guys can say you played a huge part in it, so be very proud.” As Live Action News has reported, Live Action President Lila Rose and most Republican candidates for president have called for an end to the abortion giant’s taxpayer funding as well. The House of Representatives passed the No Taxpayer Funding for Abortion Act in January. It now awaits action in the Senate.