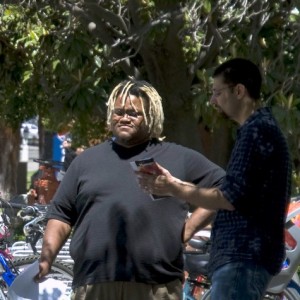 Don’t you hate it when pro-choice advocates refuse to defend their views past one or two levels of argument? This has happened to me many times, and it’s aggravating because the topic of abortion is so serious.

Don’t you hate it when pro-choice advocates refuse to defend their views past one or two levels of argument?  This has happened to me many times, and it’s aggravating because the topic of abortion is so serious.  Lives are literally on the line, yet some people are too intellectually lazy to spend more than two minutes attempting to ground their views in something deeper than bumper sticker slogans.

Yet for some reason, I’m more annoyed when pro-lifers do the same thing.

This happened to me recently in a debate that was bizarre on several levels, and there’s a few lessons I’d like to draw from it for the benefit of my friends and colleagues.  Even though this debate took place publicly on Facebook, I’m going to protect the person’s identity and just refer to her as “J.”  Her comments are only adjusted for spelling and grammatical accuracy. I’ll tell the story and end with a few lessons of application.

Some acquaintances of mine were encouraging pro-lifers to post pro-life fliers around their towns on January 1st, 2012.  Their hope was that a bunch of college students will see pro-life fliers appear on bulletin boards around campus and begin to rethink their position.  Whether or not they got enough people to participate, I applaud them for their passion and creativity.

“I will be putting pictures ON Planned Parenthoods. :)”

I responded that this would actually be illegal, and J countered:

“You are allowed to go to a Planned Parenthood public clinic.  Anyone is. I have put pro-life stickers that come off easily on their property before.  They called the cops, and the cops said I did NOT break the law. :)  The only way they can keep me off is a no trespassing order since they are a public clinic that is tax funded.  mwoahahhaha till then!”

I began a dialogue with her about the issue.  I won’t post the entire thread, (J ended up deleting the entire thing when she promptly ended all debate,) but I will sum up the main arguments J made for her position:

I responded that I’m not just worried about her getting in trouble but her harming other pro-life activities in her area.  “Bubble zone laws” have been passed in some cities without any pro-life infractions, as in the case of Walter Hoye.  Imagine how much easier it would be to pass a bubble zone law in a city where the abortion facility has video tape of a pro-lifer purposefully defacing the property!  J just repeated her “to each their own” mantra.

Imagine if someone told William Wilberforce, “Don’t like slavery, don’t own a slave.”  They would have been missing the abolitionists’ point.  They didn’t just not like slavery; they thought slavery was objectively wrong because it dehumanized a whole community of human beings.

I explained to J that my argument is: her action may (as a matter of objective fact) actually harm pro-life activities in her area.  Thus, her “don’t like it, don’t do it” argument is comparable to dismissing my objective claim with a statement similar to “don’t like abortion, don’t have one.”  Unfortunately, she just reacted by being upset that I was comparing what she said to “a pro-abort statement.”

At this point I attempted to simply clarify the facts of what her Dad/Police Chief told her, and asked if her father could call me and explain why J’s actions would be legal. Her response?

Instead of offering evidence, she simply ended the conversation. She added:

“I will also say if sidewalk counseling makes you uneasy then find something else that works for you.”

I respect your passion for pro-life. I’m just trying to learn why this action would be legal.

She responded that she’s done talking about it, so in a last ditch effort, I said:

I will respect your request to not continue debating it. Would you please ask your dad to contact me and inform me why my understanding of the law is inaccurate? He can email me at [email protected] or call my office at 559-229-BABY (2229)

She refused to ask her dad to contact me and she also refused to find one legal expert that would agree with her legal assessment.

She was later encouraged by an admin of that event to not do anything that would get her in trouble, yet she responded with her boldest statement yet:

“I have done this before, both my parents are cops, my best friend is a cop, I WORK with cops (fire dept) … I am not breaking the damned law.  [I’m] seriously not okay with people whining on this.”

End of story. Here’s the point: be willing to defend your views. Give a reason for the claim you are making or explain it in different terms so that you extend the conversation instead of simply shutting it down.  It’s what we want pro-choice people to do (or attempt to do) when we talk with them.

Why do we sometimes get this attitude like we’re above that?  Probably because we aren’t open-minded.  If you truly think that right now even one of the millions of beliefs you have is false and that you’re on a journey to learn more true things and fewer false ones, then you will embrace dialogues like this, to test your ideas as well as other peoples ideas.

Are there some dialogues that are not worth having?  Yes.  Here are a few examples where that is the case:

You’re talking to a bully.  If I was bullying J or showed that I didn’t really care to know why she believes what she believes and was just trying to vomit my opinion on her, I think it would be more defensible for J to politely bow out of the conversation after a while.  As Scott Klusendorf said on Life Report last year, “There are Learners and there are Crusaders.”  You should spend most of your time with the Learners. You should also make it your goal to be a Learner yourself.

You’ve already answered all the questions.  There are some issues where you can debate every layer of it and still disagree on much of it.  At some point, both people are going to be ready to call it a day, but that usually comes when both parties know they’ve run out of questions and challenges for the other, and can then resign themselves to the fact that they just disagree right now.  At least one of them is still wrong about the subject, but today’s debate was not enough to persuade either of them.  It happens.

There’s a time-sensitive issue at play. In the Spring of 2011 Justice For All came to Fresno State, and there was some down-time right after lunch where almost no one was hanging around to talk about abortion, except the guy in the picture on the right.  I continued to talk with him for 45 minutes because 1) he wanted to talk, and 2) even though he didn’t seem open-minded, I didn’t have others to talk to, so trusting God to work through this conversation He was making available, I continued.  However, when it was clear that there were others to talk to, I politely ended the conversation, trusting that God would use the time I had spent with this gentleman in whatever way He deemed appropriate.

The difficult thing about decisions like this is that it’s hard to know which conversations are actually productive.  I had a 75-minute conversationwith a pro-choice woman at Fresno State that same weekend that didn’t seem to be going anywhere until the last 5 minutes when she said, “I hadn’t thought of that before. I guess I won’t have an abortion if I get pregnant now.”

As Steve Wagner, the Director of Training at Justice For All, says,

“Because we don’t know what’s actually going on in the mind of the person we’re talking with, we should prayerfully make decisions on which conversations seem to be most productive.  Here are some of the factors I consider in making those decisions:  Is the person I’m talking to open to rethinking?  Is she open to discarding false views, working through her questions, or considering the arguments I’m presenting?  Is God working through the conversation to help me rethink?  If the answer is yes to any of these questions, I tends to think the conversation is worth having.”

Feel free to add more examples in the comments.

Pro-life advocates ought to be known as thoughtful people, and part of being thoughtful means thinking carefully about your views, and then when alternative ideas are offered, defending your view, or if the other person’s arguments are superior to yours, being willing to change your mind.