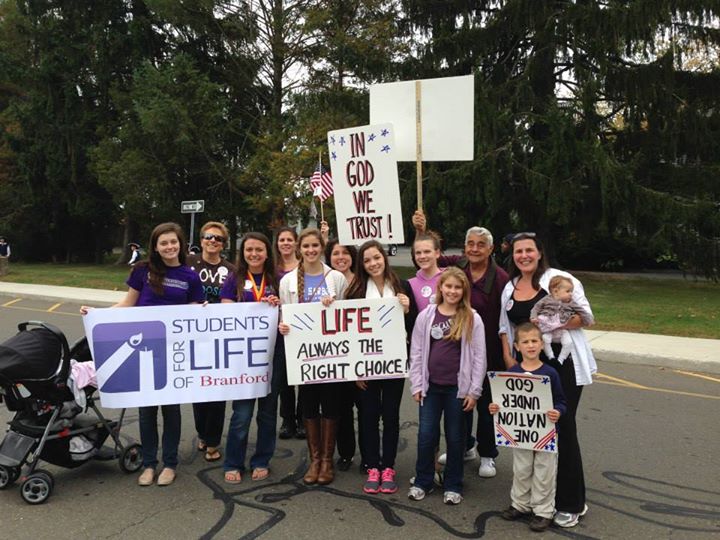 Branford High School Students for Life received the award for High School Group of the Year.

January is a big month for the pro-life movement, because it is the month in which the anniversary of Roe v. Wade, which federally legalized abortion in America, takes place. The March for Life in Washington, D.C. takes place, as well as the Walk for Life West Coast, and many statewide marches and conferences occur in conjunction with the bigger national events. Students for Life of America (SFLA) plays a prominent role on both the east and west coasts during this time with its student conferences, where the organization equips young pro-lifers to impact their high school and college campuses with the pro-life message.

Each year, Students for Life recognizes the outstanding achievements of its affiliates on campuses across the nation. Groups are awarded recognition at each of SFLA’s student conferences. This year, eight groups stood out among the others by overcoming difficult hurdles and accomplishing huge pro-life goals on campus. According to SFLA, the awards recognize successes that the students have made in the areas of campus activism, recruitment, community involvement, and pregnancy resources.

Every day, I am amazed by the courage and the creativity of pro-life students starting and leading revolutions in communities across the country. They are truly the leaders of a renewed pro-life movement that is catching this nation by storm. These Students for Life groups are leading the way for a nation in which abortion is illegal and unthinkable.

This year’s winners are: