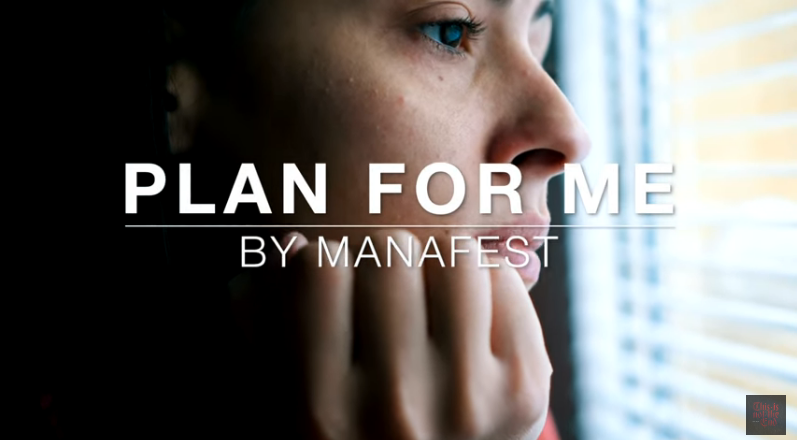 Canadian rapper Chris Greenwood, known by his stage name Manafest, released a new pro-life song on September 6. He says the collaboration with his wife Melanie was inspired by watching the pro-life film “Unplanned” and the documentary “Hush.”

The song, “Plan for Me,” is a dialogue between a father and a child after the child’s death in an abortion. The song opens, “Dear son or daughter / I know we never met / I never saw your first breath / Or take your first step / I was so young me and ye mom / we got along / but we just weren’t ready / Regrets there’s been many.”

In the next verse, the child speaks, saying: “If born I would a changed the world / If born I’d of been your baby girl / I born you would a seen me twirl / Brown eyes and long golden curls / And guess what I still love you / Let it go, I still love you”

As the parents in the song clearly struggle to come to terms with the decision, the voice of the child offers hope, saying, “Mom & Dad / I know it hurts right now” and “God’s already forgiven you / If you can just find the strength now / And forgive yourself / I love ye and I’ll see you up here soon.”

The music video for the song features Manafest’s daughter.

Manafest has won international acclaim for his music and has a large following on social media. While he has not previously taken a public stance on abortion and acknowledges that not all fans will share his views, he decided he needed to stand in defense of life. In a video explaining the decision, he said he sees many Christians who are hesitant to take a stand on issues like abortion. “Maybe you’re the person who should do something about that,” he said.

In his Facebook Live announcement about the impending release of the new song, Manafest also said he was “standing up for human rights.” He described the song as “pretty powerful song and a very personal song,” noting that most people who listen to the song are moved to tears and hoping that the song will have an impact on many listeners.