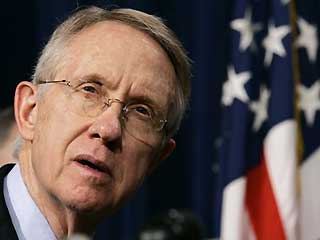 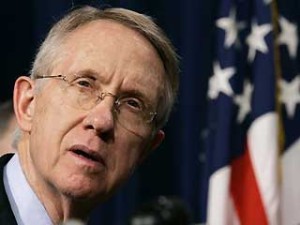 Rush Limbaugh calls Senator Harry Reid “Dingy Harry,” an obvious riff on Clint Eastwood’s most iconic role. The nickname’s never really resonated with me, though, since hearing him drone on is more like listening to Winnie the Pooh’s evil twin than to the cool menace of Inspector Callahan.

“I think to keep pushing these clinics back into the situations where they wind up like this is wrong,” Reid said. “I think no matter how you stand on the issue of abortion, people who make that decision should do it and not have to be worried about infections and some butcher like this doing the bad things they do. They should be in a place that’s clean and sterile and have people that know what they’re doing and care about what they do.”

Reid’s remarks came in response to a question from THE WEEKLY STANDARD about whether or not he supports a bill introduced last week that would ban abortion in the nation’s capital after the fifth month of pregnancy, with exceptions for when the life or physical health of the mother is at risk. There are currently no restrictions on abortion throughout all 9 months of pregnancy in the federal district. Reid did not directly comment on the bill but expressed general opposition to restrictions on abortion.

It’s all the regulations’ fault (no), better sanitary standards would have made a world of difference (no)…Reid has the left’s Gosnell script mostly down, with one bizarre twist: not content to characterize abortion-seekers as driven to Gosnell’s waiting arms, he suggests that the clinic itself was pushed “back into the situation.” So external circumstances in some way made Gosnell run a filthy clinic, employ unqualified personnel, falsify records, endanger women, and slaughter children? Regulations and/or abortion restrictions drove his operation to “wind up like this”? Even by liberal standards, that’s crazy.

As McCormack notes, it wasn’t so long ago that Reid identified himself as a pro-life Democrat, who “even voted in 2003 against an amendment stating that Roe v. Wade was rightly decided,” which makes his Tuesday contention that “the law of the land is now what the Supreme Court has said” all the more appalling.

And Reid is far from the only Democrat to abandon the unborn for political power. Early in their careers, President Bill Clinton, Senator Ted Kennedy, “Reverend” Jesse Jackson, Vice President and presidential nominee Al Gore, Secretary of State and presidential nominee John Kerry, House Majority Leader Dick Gephardt, and Senate Majority Whip Dick Durbin all spoke and acted against abortion, often as forcefully and eloquently as anyone.

It’s bad enough to go along with the mass slaughter of the unborn because one doesn’t understand the issue or is infatuated with some warped philosophy. But to know what abortion is, to have admitted its reality and empathized with its victims, and then to have abandoned them because career advancement in the Democrat Party required it…that’s another level of heartlessness entirely. And that selling your soul to such a vile cause is now the price of admission for a meaningful future in one of the nation’s two main political parties is a national embarrassment.