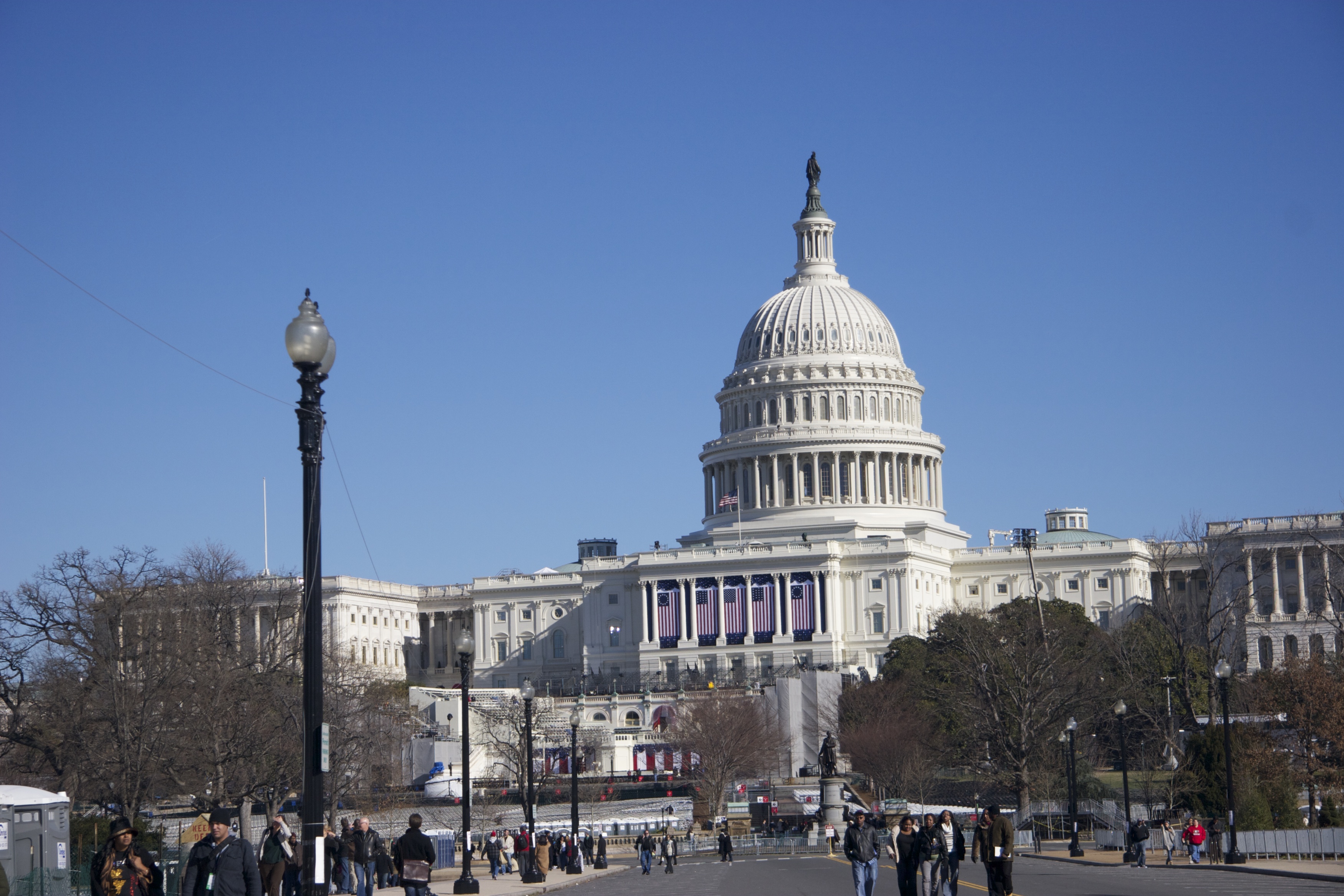 A threat to the community? 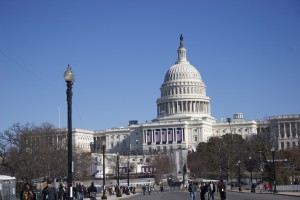 The Capitol, decorated with flags for the 2013 Inauguration Ceremony. Photo Credit: Heidi Miller

Earlier this week, Rives M. Grogan decided to stage a protest during Obama’s inauguration. From his perch on the top of a tree, he protested and held a sign: “Pray to end abortion.” When he came down five hours later, he was arrested.

According to The Washington Post, the U.S. attorney’s office asked the Magistrate Judge for an order banning Grogan from some of the governmental buildings of Washington, D.C., including the Capitol, congressional office buildings, the U.S. Supreme Court, and the Library of Congress. Magistrate Judge Karen Howze took the request a step further and banned Grogan from the city until his next court date of February 25. This order came while the case was still pending, meaning that Grogan has not yet been convicted.

This surprised many people, including Grogan, and called into question his First Amendment right to freedom of speech:

I don’t know why they would ban me from all of Washington.  I think they are totally suppressing my freedom of speech.

While trying to exercise free speech, the more .,. these things happen, the more you put yourself in jeopardy because we have to determine if this is a danger to the community.

Banning him from the District because he’s sitting in a tree or speaking out, I think is absurd. … He’s strange, but do you know how many strange people enter D.C. every day who probably shouldn’t be here?

Grogan has a history of protesting, which has caused him to be arrested on multiple occasions and even landed him in jail. This is the first time, however, he has been restricted from entering a city as a result of exercising what he believes to be his First Amendment right.

David L. Hudson, Jr., a Vanderbilt University law professor, finds this to be “a pristine example of an overbroad condition,” saying that “[t]hey need to go back and draft a more narrowly tailored restriction — meaning something that would comport with the First Amendment.”