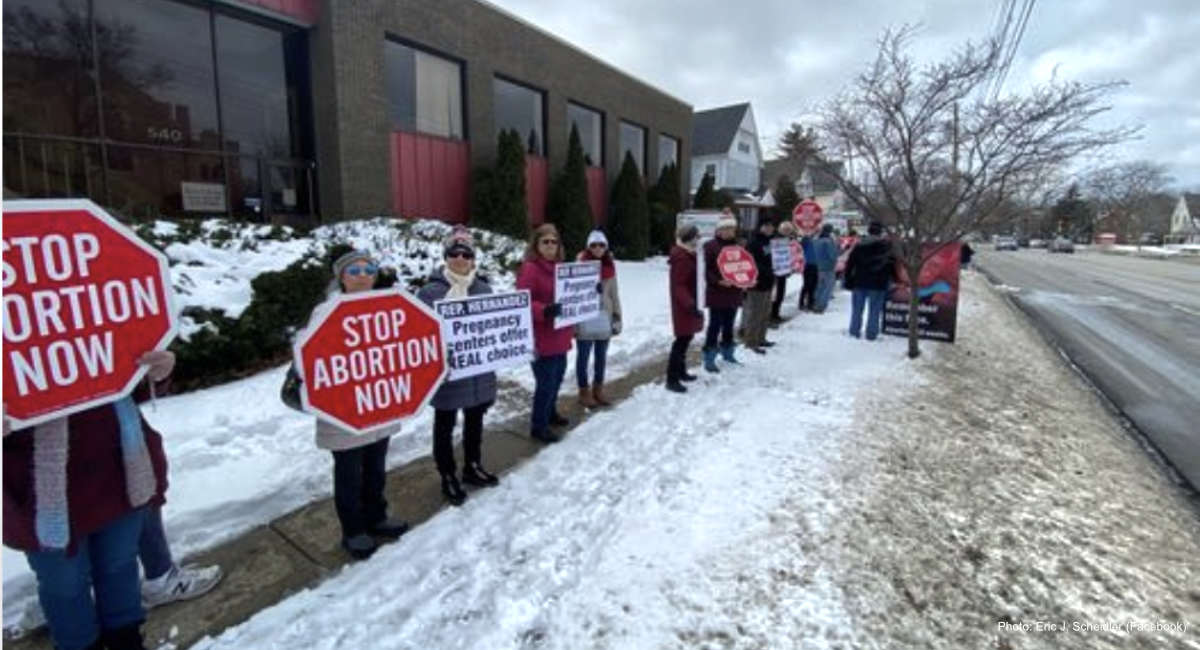 HB4221, which aims to mandate and monitor the speech of pro-life pregnancy centers, purports to “protect the health, safety, and welfare of pregnant women.” In reality, it singles out pregnancy centers but does not address other pregnancy-focused facilities, such as those run by Planned Parenthood or other abortion-minded providers.

HB 4221 states that pregnancy centers, which exist to assist women with resources and support during and after pregnancy, “shall disseminate to clients on-site, and in any print and digital advertising materials, notice stating that the facility is not licensed as a medical facility by Illinois and has no licensed medical provider who provides or directly supervises the provision of services.”

While this description could also apply to a number of Planned Parenthood affiliate offices, which serve as “feeders” for the larger Planned Parenthood abortion centers, the Act specifically mentions “crisis pregnancy centers.” It claims that these centers are “targeting vulnerable women with misleading ads and providing them with false and medically inaccurate information about abortion, birth control, and a woman’s own health status.” The fines for violation are listed at “$500 for a first offense and $5,000 for each subsequent offense against a limited services pregnancy facility that fails to comply with the requirements of the Act.”

But HB 4221 now appears to be sitting on the sidelines for the season. Pro-Life Action League and Eric J. Scheidler staged a protest this past week at the office of the chief sponsor, Rep. Hernandez. The Facebook event for the protest said, “State Representative Barbara Hernandez has introduced the Pregnancy Center Disclosure Act in the Illinois state legislature. This bill would shut down Illinois pregnancy centers and must be stopped! Join us as we protest at Rep Hernandez’s office on February 9th at noon to protect Waterleaf Women’s Center and our other Illinois pregnancy centers!”

The protest was larger than Pro-life Action League anticipated. A Facebook post regarding the event said, “Amazing turnout for our protest at Rep. Barbara Hernandez’s office! And guess what? She now says she won’t be calling her bill, HB4221, that goes after pro-life pregnancy centers. And [as] of this morning, she’s no longer the chief sponsor! Don’t ever let anyone tell you public protest ‘doesn’t do anything.'”

In a separate Facebook post, Scheidler noted that Hernandez claimed “only 10-25 people” showed up to protest outside of her office, however, halfway through the protest there were at least 80 individuals present. Despite the disagreements with numbers, it seemed that Hernandez decided to step back from the bill because she had other bills that are of higher priority to her, according to an email sent to a pro-life resident. The Pregnancy Center Disclosure Act, which is now sponsored by Rep. Kelly Cassidy (who also sponsored Illinois’ horrifying Reproductive Health Act), is not expected to be a focus on the Illinois House floor this session. According to Pro-Life Action League, HB 4221 still exists, but for now, is on hold.