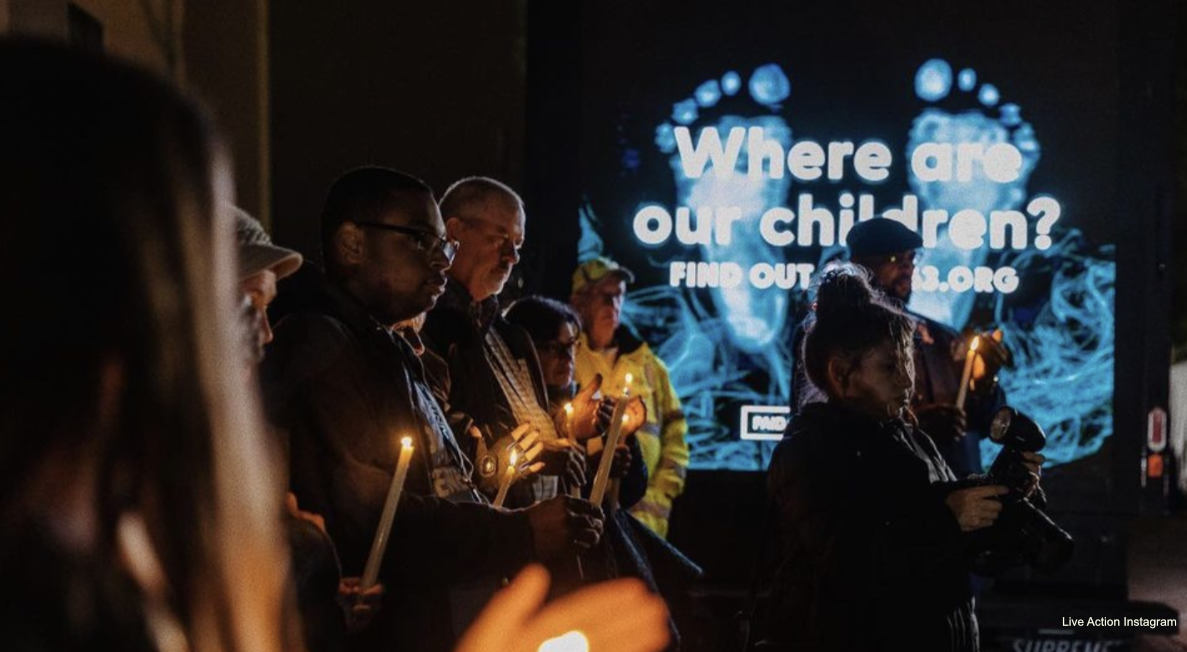 On Friday evening, October 29, Live Action held a candlelight prayer vigil at the sole abortion facility in Mississippi — the same facility at the center of the Supreme Court abortion case to be heard in December. The vigil in front of the eye-catching pink Jackson Women’s Health Organization building with its fencing draped in black tarps began at 7 pm, and was slated to feature mainly prayer with some select speakers. Approximately 30 pro-life participants showed up, including local activists, as the peaceful event had been advertised ahead of time on social media.

Live Action had a digital box truck positioned outside the facility displaying information about the 2363 campaign, which commemorates the approximately 2,363 preborn children killed every day in America by abortion. They also projected the message, “Fight for the 2363” on the side of the notorious abortion facility. 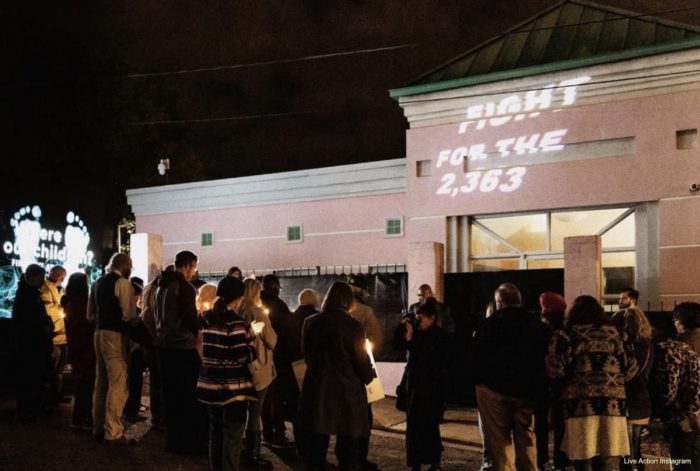 Shortly after the event began, when a second speaker was addressing those who had gathered, the entrance to the building opened, and approximately 15 or so pro-abortion activists led by facility owner Diane Derzis emerged, blaring loud music, holding pro-abortion signs (with slogans like “Abortion regret is a false narrative” and “Other people’s abortions are NOT your business”), and shouting at prayer vigil participants with megaphones. Pro-life activists responded with their own megaphones, and police eventually showed up. 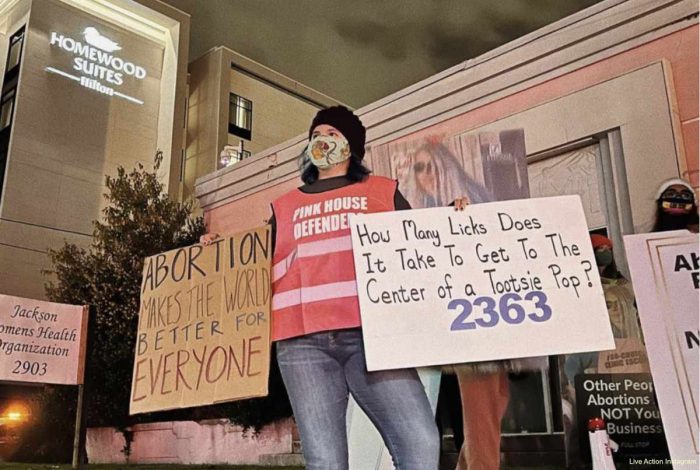 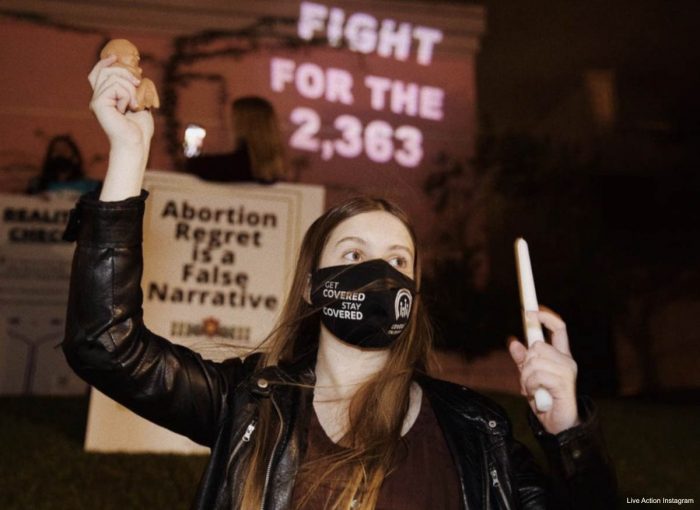 The vigil participants eventually moved further down the street to a different area of the building and continued the vigil, which lasted a little over an hour.

What could have remained a peaceful prayer vigil was deliberately disrupted by abortion activists. However, this will not prevent further efforts to pray against the evil of abortion. Three more Live Action prayer vigils remembering the 2,363 daily aborted children will be held in different locations around the country in the near future.