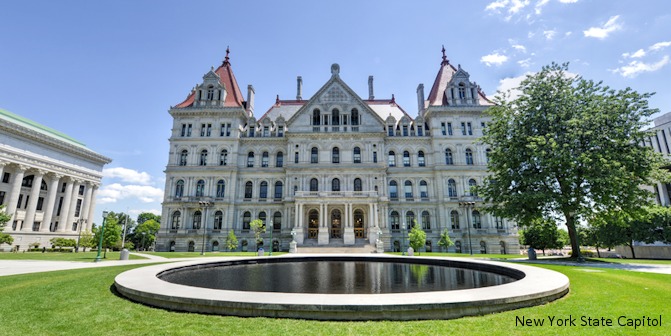 When New Yorkers elected a pro-life majority to the State Senate in November, the pro-abortion camp knew it had lost a major battle.

On Monday, it lost another one, with the Senate passage of the so-called “Women’s Equality Act” without pro-abortion provisions that would, among other things, allow legal abortions up to the moment of birth and open the door to the codification of Roe v. Wade in state law.

Currently, abortion is legal in New York up to the 24th week of pregnancy, with an exception if the life of the mother is at risk. According to the Guttmacher Institute, in 2011, there were 138,370 abortions, representing 13.1% of all abortions nationwide. Furthermore, New York places virtually no limits on abortion — such as waiting periods, parental consent, or limitations on taxpayer funding.

Yet, for radical pro-abortion supporters such as New York Governor Andrew Cuomo, nothing short of abortion on demand at any time, for any reason, without any restrictions is acceptable. So he’s been pushing the so-called Safeguarding Reproductive Health provision of the Women’s Equality Act.

Unfortunately, there’s nothing “safe” about his proposal. Components include:

• “Codifying in New York State law the 1973 Supreme Court decision in Roe v. Wade;
• Ensuring that a woman in New York can get an abortion within 24 weeks of pregnancy, or when necessary to protect her life or health;
• Ensuring that physicians operating within their scope of practice cannot be criminally prosecuted in New York for providing such care” (think Kermit Gosnell).

Note the expansion in point two from “life” to “life or health.” This means not only physical health, but also emotional health. Or, in essence, no restrictions on abortion whatsoever up to the moment of birth.

Ironically, nothing in the governor’s plan to supposedly safeguard reproductive health suggests that abortion clinics should be held to any remotely basic standard of cleanliness. Remember the shocking news that tanning salons in NYC are inspected more regularly than abortion clinics? Indeed, bills were introduced in both the NY Assembly and Senate last legislative session requiring that the health department undertake periodic inspections of abortion clinics. The bills never came to the floor for a vote.

Well, thanks to pro-life representatives in the State Senate, another thing that didn’t come to the floor today for a vote is Governor Cuomo’s radical abortion-pushing legislation.

New York remains one of the most permissive states in the nation for abortion, but as with so many states across the nation, the tide is turning.