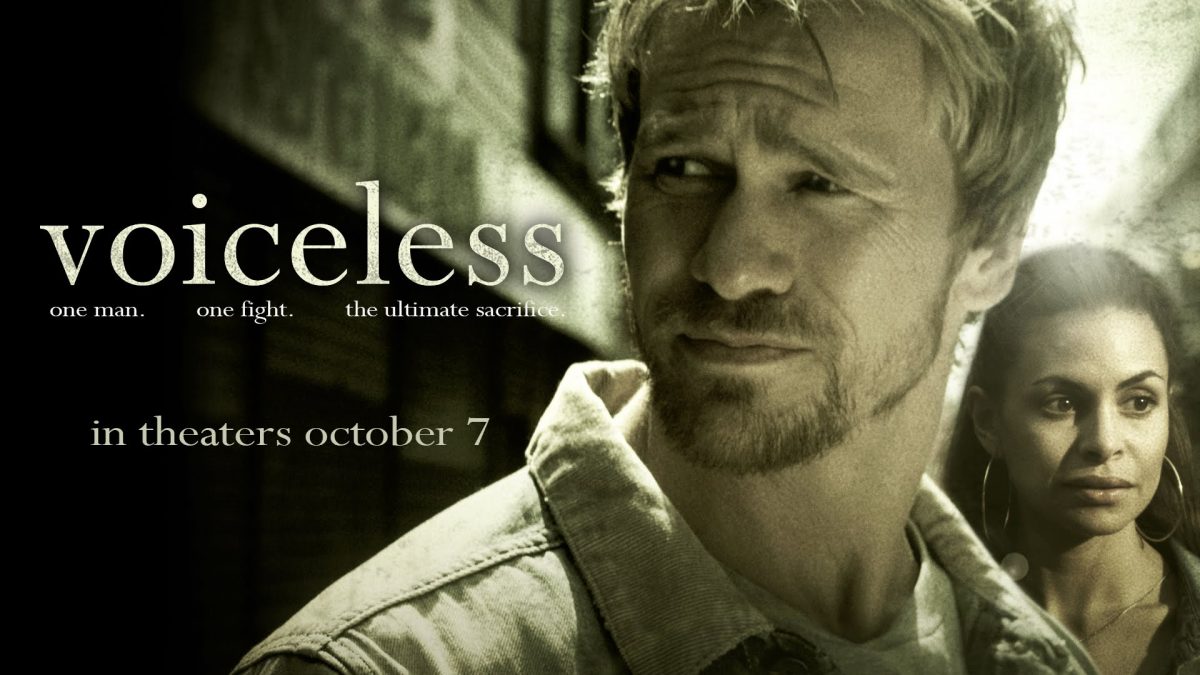 The producers of a pro-life movie opening in theaters nationwide this weekend chose to give the film its debut outside the Supreme Court of the United States.

“Voiceless,” a pro-life film opening Oct. 7, held its premiere Sunday evening outside the nation’s highest court, which legalized abortion nationwide in 1973. Organizers pointed out that this is the first time the court has allowed a movie to be shown on the sidewalk in front of the building.

Jason Jones, co-executive producer of “Voiceless,” told TheBlaze in an interview that the film’s aim is “to tell the truth about the human person.”

The movie centers around Jesse Dean, a recently discharged soldier who had a rough upbringing, but because of his wife, found God. Dean and wife move to Philadelphia so he can take a new job as an outreach leader at an old church, and as he begins connecting to the community, he discovers there is an abortion facility directly across the street.

Dean approaches the pastor and church members for help, but to no avail. Finally, Dean comes to the point when he begins to take action himself; and the more involved he becomes, the more resistance he gets from those inside his church, his family, and his community. Dean must make a choice: will he back off, which is what everyone wants him to do, or will he face a major confrontation which will require him to put everything on the line?

This film encourages people to stand up for what they know is right, and addresses the spirit of retreat as it pertains to engaging the culture.

Jones, who likened showing the film outside the court to “art versus the law,” said he “couldn’t think of a better place” for its premiere. He said the event at the U.S. Supreme Court was one of the “most moving experiences” of his life, because he lost a daughter to abortion in 1989. Ever since, Jones has considered the Supreme Court the site of her death.

“How beautiful that we can show our film that wants to be a voice for the voiceless on these very steps,” Jones said.

The co-executive producer expressed optimism that the film will be successful in theaters even though “we’re fighting for shelf space.”

“There are only so many screens in America, and we’re fighting with big, giant movie companies,” Jones said. “And they are big, lumbering giants, and we’re little David trying to get our screens.”

Jones credited Rev. Patrick Mahoney of Church on the Hill in Washington, D.C., with the idea of showing the film outside the Supreme Court. Mahoney, who told TheBlaze that “it’s as if this film is a voice for those who don’t have a voice,” added that the Court required them to use a smaller screen than they wanted, and barred them from using chairs.

“We just thought it was absolutely critical to come to the Court,” he said. “We wanted to make history here.”

Prior to the film’s showing on Sunday, Mahoney and Jones welcomed those in attendance to its “world premiere.”

Visit the Voiceless website to find out a theater near you on Friday, October 7. Watch the trailer.