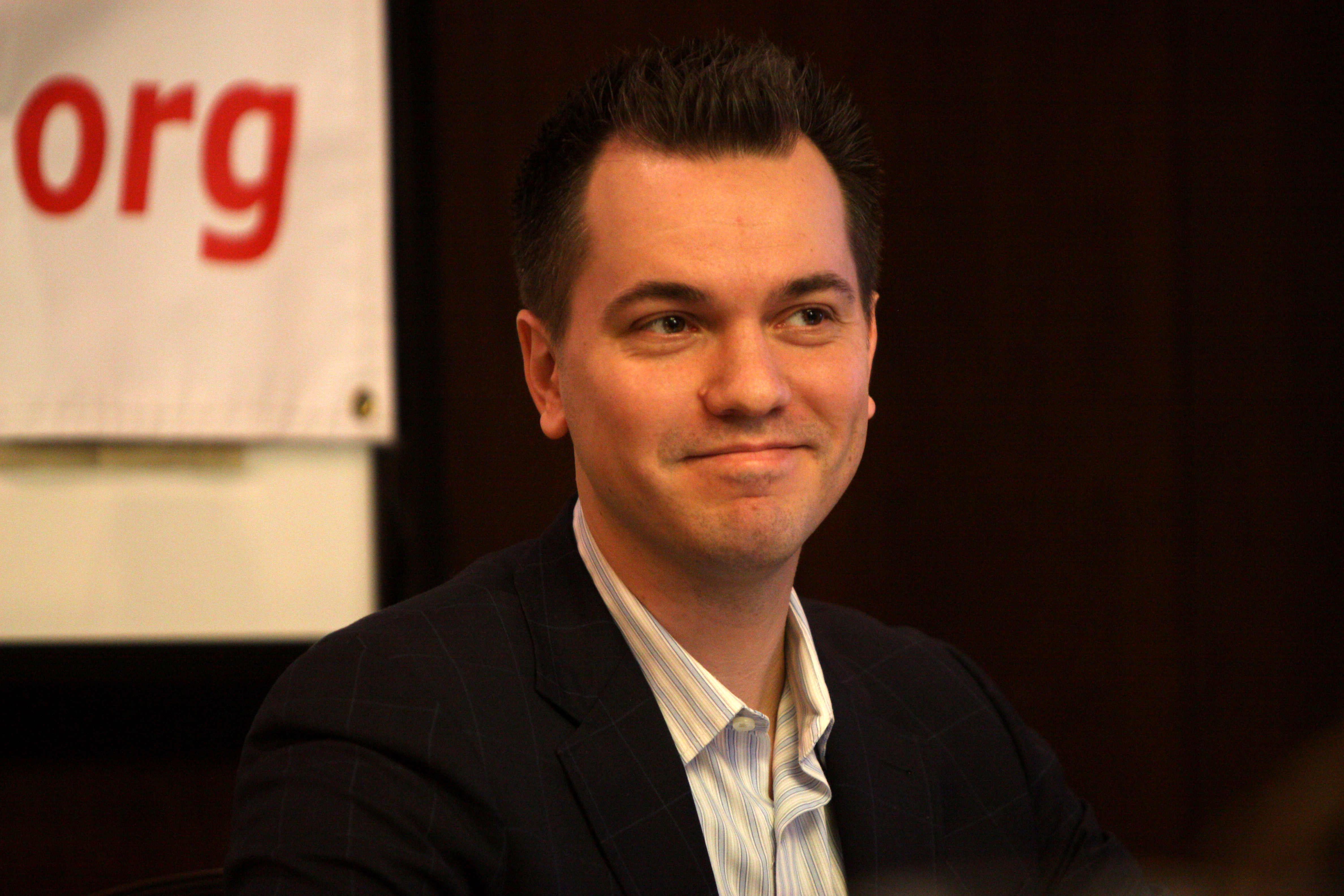 Libertarian Party presidential candidate Austin Petersen has been making waves lately, but unfortunately the buzz has also generated some misleading reporting on his pro-life stance, which ostensibly sets him apart from the Libertarian Party platform, primary opponents Gary Johnson and John McAfee, and 62% of self-described libertarians. At National Review, Brooke Rogers reports:

“What’s right isn’t always what’s popular,” he says. To Petersen, being pro-life also means opposing the death penalty, which his website says is the “consistent pro-life ethic” […] The Libertarian nominee will certainly not garner enough support to make it to the White House in 2017, but a third-party candidate might be the only option on the ballot for “Never Trump” and “Never Hillary” voters. If it’s Petersen, he says he’s running on conscience, “damn the consequences.”

However, his platform and answers at last month’s Libertarian candidate forum deemphasize the president and federal government’s role in abortion, in favor of rhetorically supporting a culture of life and most legal reform happening at the state level, which is disturbing.

Abortion is ultimately a federal issue because our Constitution expressly recognizes life as a federal right that Congress is specifically empowered to protect, and because the babies in danger are obviously powerless to change the laws of a pro-abortion state or move to a pro-life one.

But that’s nothing compared to the disastrous answers conservative commentator Steve Deace got in an interview earlier this month:

Some people might say that birth control, like the morning-after pill for example, might be an abortion so they would outlaw that. But as a libertarian who wants to end the war on drugs, how can I jive those two positions?

Regardless of one’s position on drug legalization, how is it difficult to jive different treatment of a drug that harms one’s self and one that kills somebody else?

Next, Petersen offered the following…explanation…for downplaying the federal government’s role:

Some people have said, “Austin, you’re not pro-life unless you want to put a tracking bracelet on every pregnant woman and haul her into court if she miscarries on suspicion of a potential abortion.” So there has to be some sort of balance there where we don’t want to turn the United States into East Germany where we track pregnant women, but we also want to find ways that we can use authority through the state in order to stop abortion.

Yes, because that’s a totally accurate characterization of what pro-lifer want and what federal-level protection of the preborn would necessarily entail. We’ll come back to this insanity in a bit.

Petersen next suggests openness to signing a partial-birth abortion ban, but is much more enthusiastic about making birth control over-the-counter to reduce abortions, as if throwing more birth control at a culture already saturated in cheap contraception will have a significant impact. Who cares that this would overlook side effects and in many cases simply swap out surgical abortions for chemical abortions?

His best moment comes when he endorses the Life at Conception Act, the most important (and most overlooked) piece of pro-life legislation before Congress. Yet Petersen seems unaware that the LCA specifically invokes Congress’s 14th-Amendment power to enforce the right to life, leaving it an open question how much he would do after invalidating Roe v. Wade.

Finally, Deace challenges Petersen’s notion that federal action to ban abortion amounts to “creat[ing] an authoritarian state like Venezuela” by asking if the 13th Amendment federally banning slavery was also totalitarian. His answer is a doozy:

No, but it was an outcome of a bloody civil war, and I mean, if you want to have a civil war over abortion, I guess you’re gonna have to make a case for why you think we ought to take up arms against our fellow citizens[.]

I don’t know what’s worse: the malice of insinuating pro-lifers might want “to take up arms,” or the stupidity of suggesting a federal abortion ban couldn’t come about without a “bloody civil war” first.

The final point of interest came when Deace challenged Petersen on this police state nonsense:

PETERSEN: Really? That’s funny, because I sure do meet a whole lot of social conservatives who tell me that they would be more than happy to create an authoritarian government.

DEACE: Can you introduce me to these people, Austin? You sure you haven’t read these people in the comment section of Salon or Slate or Mother Jones?

Rather than substantiate his accusation, Petersen played the victim card:

I’m trying to bring more libertarians to the pro-life cause, and it seems that all that the pro-lifers want to do is eject them if they don’t want to use the same tools as they do.

Sure, Austin. It can’t possibly have anything to do with you hysterically caricaturing pro-life desires as a knee-jerk response to any questions about your preferred tools…

I wish pro-life libertarians the best of luck in getting their movement to fully embrace the preborn, but Austin Petersen’s comments suggest that severe stereotypes about pro-life goals and confusion about the role of the federal government in relation to the states will continue to be stumbling blocks for some time to come.