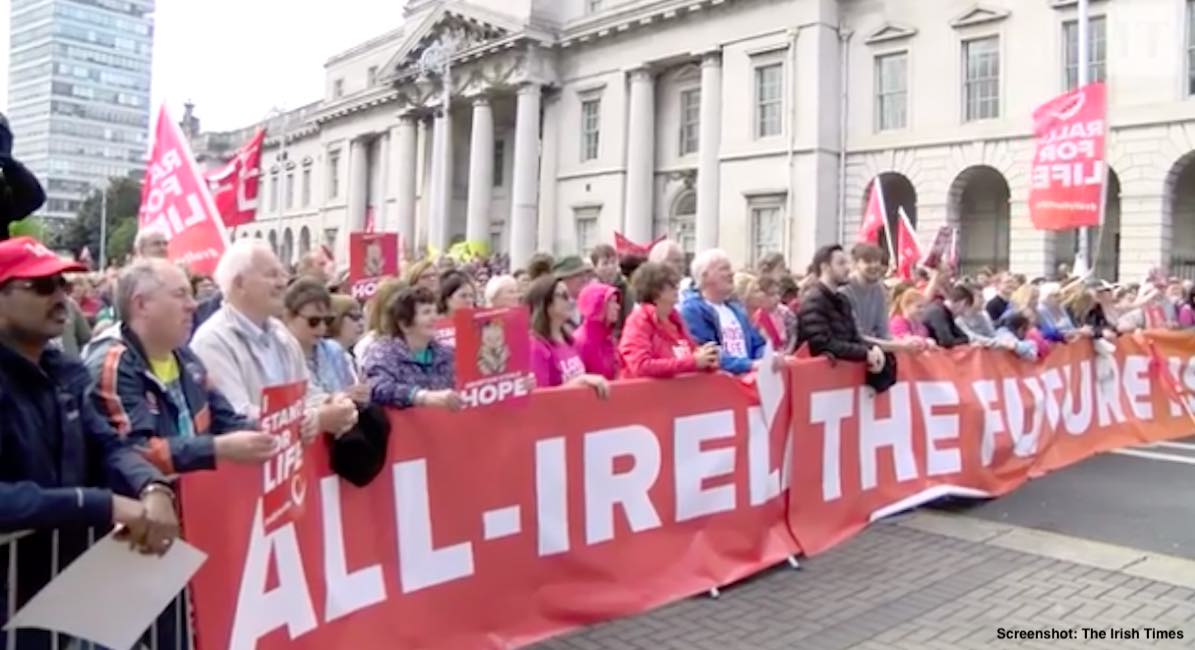 Thousands of pro-lifers gathered in Dublin Saturday to protest the first year of legal abortion since the repeal of Ireland’s Eighth Amendment last year and the subsequent passage of the 36th amendment, which paved the way for the pro-abortion legislation passed in December.

The rally began with a Mass offered by Bishop Kevin Doran at St. Saviour’s. Pro-lifers gathered in Parnell Square, near the Sinn Fein Dublin office, and marched down to Custom House Quay, the location of the Supreme Court of Ireland and the High Court. They carried signs that read, “Abortion betrays women: we deserve better,” “We stand for life,” and “Abortion steals hope.”

Among those marching and speaking Saturday were Carol Nolan, a representative who resigned from Sinn Fein last year over the party’s stance on abortion, and OB-GYN Trevor Hayes of Kilkenny Hospital, which has said it will not perform abortions. “I got into medicine to help women and babies […] I will not be forced to take part in abortions,” he said to great applause among the crowd, according to a tweet by Life Institute.

“I got into medicine to help women and babies, …..I will not be forced to take part in abortions” Dr Trevor Hayes #RallyForLife #WeStandforLife pic.twitter.com/IGkEWTB9hw

And with pro-abortion efforts starting in Northern Ireland, there was some turnout from the North, as well, taking a stand for life.

Ireland, once a nation where life was protected – now, one of the countries with most liberal abortion laws and already beginning to suffer injustices both for mother and baby. For this reason ‘The North Says No’ #rallyforlife2019 #westandforlife #prolife pic.twitter.com/53t7GrdsEg

At the rally, Archbishop Eamon Martin warned that the evils of abortion must never be forgotten. “The direct and intentional taking of the life of any innocent human being is always gravely wrong, we must avoid becoming desensitised to the value of every human life,” he said, according to the Irish Times.

Chairwoman of the Life Institute Niamh Uí Bhriain — which, along with Precious Life and Youth Defence, organized the All Ireland Rally for Life — gave a video interview to the Irish Times Saturday. The rally is in its 12th year, although the focus this year is different. While previous years were about defending the status quo, now pro-lifers have a long-haul battle ahead of them to protect life. Uí Bhriain said, “People who wanted to repeal the eighth amendment began their campaign in 1983,” the year the amendment was ratified in Ireland. “We’re starting our campaign now to repeal the 36th amendment and to have Ireland be a pro-life country again.” 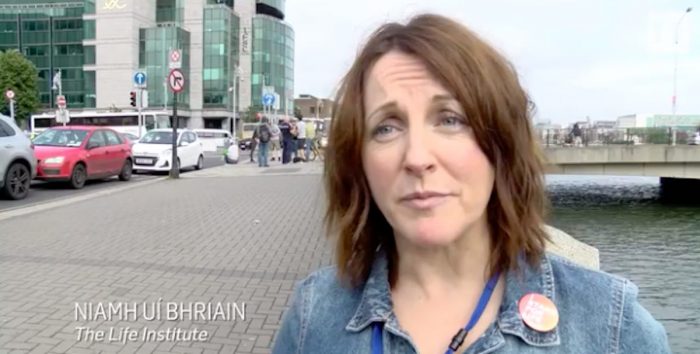 And the turnout of the Rally is cause for hope, because, Uí Bhriain said, “people kept telling me the pro-life movement was finished” after the referendum. “The pro-life movement should just literally go away, fold up its tent, and die. And it was astonishing to see. More than 10,000 turned out again today for the Rally For Life […] They know that it’s never right to kill a child, and they know we have to keep working for a better answer than abortion.”

Despite setbacks and all the work ahead of them, Uí Bhriain was confident Ireland could one day again be a stalwart defender of the unborn. “This is the beginning of what will undoubtedly be a long campaign to repeal the 36th and see, sooner rather than later, a shift against this leg and a shift against what happened.”