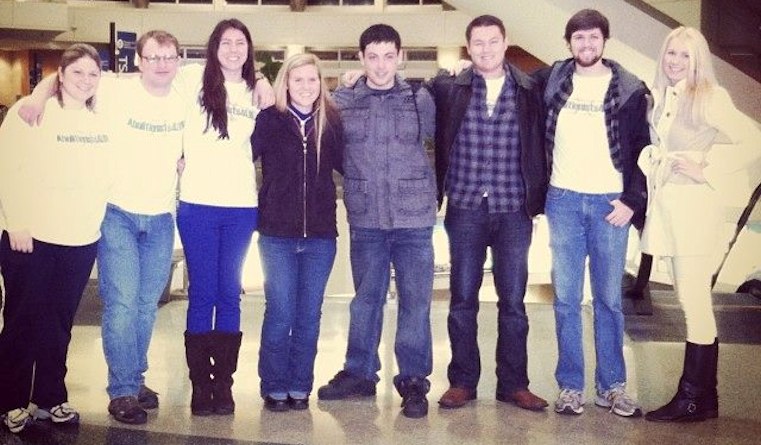 First, there were “free speech zones.” Now conservative speech on college campuses evidently requires a warning label. A pro-life group at Boise State University is suing the school for attempting to squelch their events last spring.

The group, Abolitionists4Life (A4L), says administrators corralled them into “free speech zones,” forbade them from passing out literature, and even required them to post warning signs for any students who might be “offended.”

Noting the “controversial” nature of the pictures depicted an abortion, the administration said the group would need warning signs to alert students who might be offended walking by, according to the lawsuit.

A4L held another event, titled “What has Roe done for us?”, and used a warning flap to cover an autopsy picture of a woman who died from an abortion.

This proved to be insufficient, as BSU was concerned about the possibility of a passerby viewing the picture unintentionally. The university told the group to place the same warning signs up again.

Needless to say, these restrictions seem to have been selectively enforced. A4L says a campus Planned Parenthood group freely handed out condoms to students earlier in the year. But by the time A4L hosted a pro-life demonstration, there was suddenly  a brand-new rule banning the distribution of literature.  And has anyone else noticed that college administrators–who will defend almost anything, including treason and obscenity, on “free speech” grounds–only become concerned about good taste when a group displays graphic abortion images?

Who cares if students are offended? There’s no constitutional right to not be perturbed by a pro-life display.

“Universities are a place where controversial issues are brought up every day and we were simply allowing our campus to see the controversy of abortion for what it really is,” said BSU A4L president Lisa Atkins told the Idaho Statesman.

Of course, universities often try to stifle conservative and pro-life speech while leaving just enough “grey area” to deny that’s what they’re doing. “Oh, we didn’t ban their demonstration,” they’ll insist. “We just restricted them to a tiny area and required them to post signs warning passerby to steer clear!”

Good for A4L for calling foul, and standing up for their constitutional rights on campus.