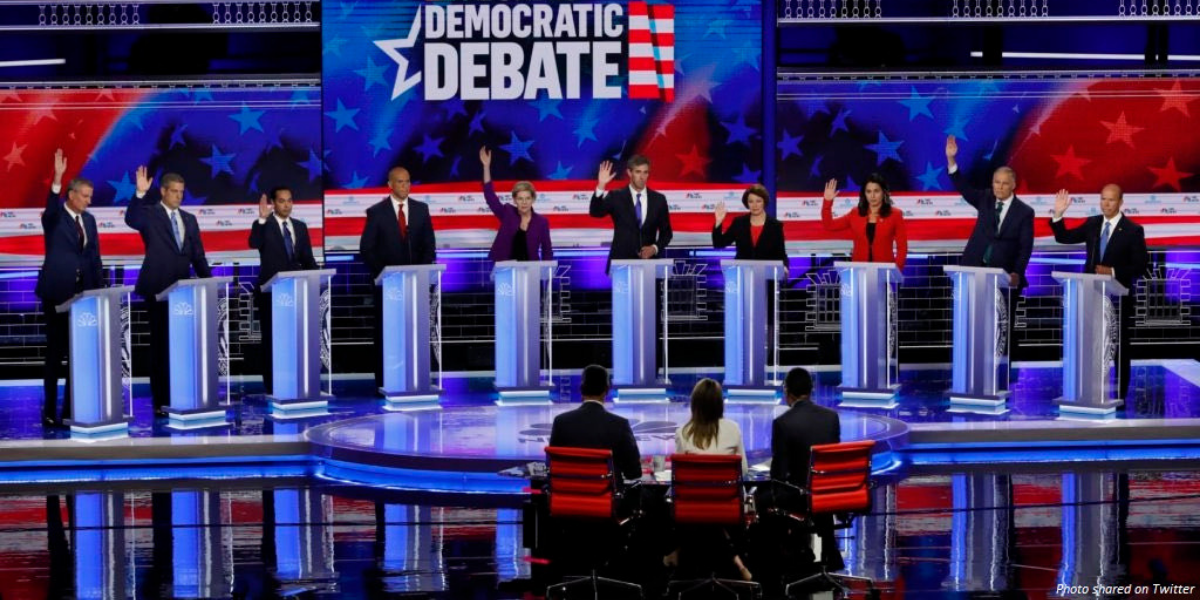 Since the first Democratic debates on June 26th and 27th, the message has been clear: in order to be a viable presidential candidate, you must support abortion on demand, in all trimesters, for any reason, with zero exceptions. Stunningly, even infanticide remains a sticking point, as House Democrats have refused — at least 75 times now — to allow a vote on a bill protecting abortion survivors. In response, Created Equal will be setting up a JumboTron outside of the Democratic debates in Detroit, Michigan, on July 30th and 31st, showing actual video footage of an abortion.

Mark Harrington, president of Created Equal, spoke to the Daily Wire about why his group has chosen to set up outside of a Democratic debate for the first time. “We’ve been protesting the Democratic National Convention for years, but it’s time to up our game a bit, and not just bring still imagery of abortion, but the video evidence of what the Democratic Party and the candidates running for president stand for,” he explained. “These events are attended by the public, and while the actual candidates are probably whisked in through the back, that’s not the point. The point is, those who support the Democratic platform – which is unlimited abortion up until the time of birth, including tax-funded abortion, and for that matter, infanticide – those are the people who need to see it.”

A sample of a past Created Equal video is below.

Harrington also mentioned possible security concerns about verbal aggression or violence from viewers. “We all wear body cameras. So, that’s a deterrent,” he said. “Plus, if anyone acts out unlawfully, we have it captured on video, which is used to prosecute them, and also put online. We are also very well-trained in handling individuals who tend to get emotional.”

Summarizing his goals for the display, he said:

I think a lot of people might wonder, ‘What’s the purpose? It’s just part of the noise of this campaign season,’ but we have never seen a major political party take the positions on abortion like the current presidential candidates have. The fact that they support abortion up to the point of birth, even infanticide, and they want us to pay for it with our tax dollars, is beyond extreme. If we’re not going to raise our voices against that, I’m not sure where we will.

So, I think it’s time that people come out from behind their keyboards and start being vocal about where this major political party wants to take the country. That’s why we’re going.

Created Equal has long been known for its displays of graphic images of aborted babies on college campuses and other public places, showing the true reality of abortion to cut through the dehumanizing propaganda of pro-abortion activists. Team members set up a series of signs, and then engage in dialogue about people’s reactions to the pictures. This will be the first time that the group has shown actual live footage from an abortion.