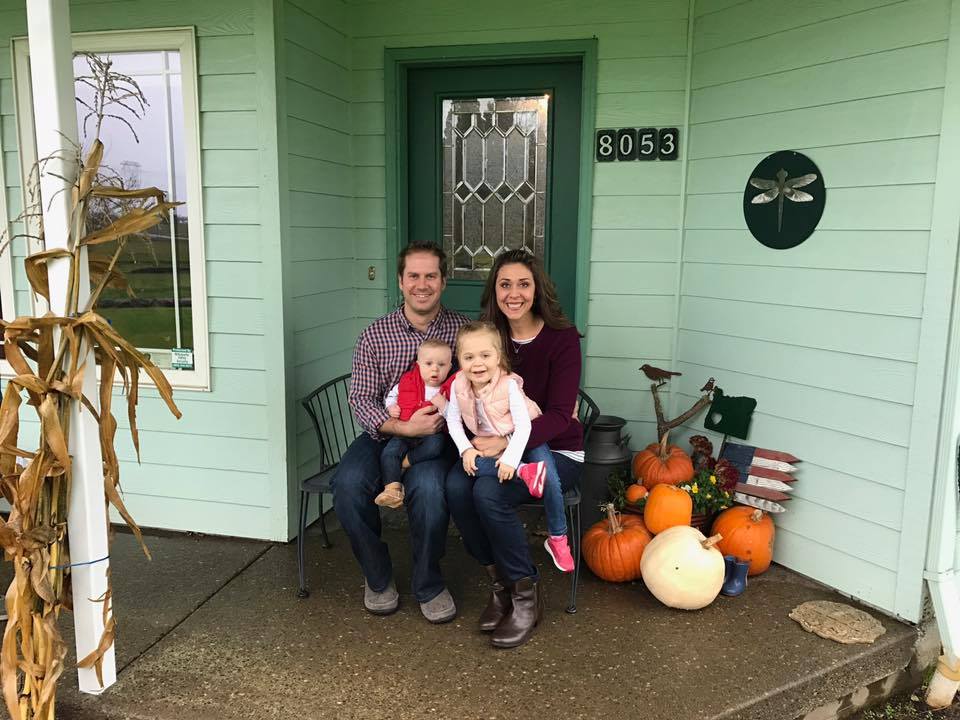 CNN’s Dana Bash is currently running a series entitled “Badass Women of Washington,” featuring women in politics who are, as she says, “breaking barriers in a man’s town, muscling their way into power and staying there.” One of the women featured is pro-life Republican Rep. Jaime Herrera Beutler of Washington. Herrera Beutler was chosen for the series because not only was she pregnant while serving in Congress, but she was pregnant with a baby who was given a zero percent chance of surviving, and instead of backing down, Herrera Beutler fought until she saved her daughter’s life.

“These days, more and more young women are serving here in Congress and having babies while in office,” said Bash. “In fact, Jaime Herrera Beutler was only the ninth lawmaker in history to give birth while serving. It would be difficult under normal circumstances and hers were anything but normal.”

At a routine ultrasound during which they were expecting to find out if they were having a boy or a girl, Herrera Beutler and her husband Dan learned the devastating news that their baby girl didn’t have kidneys. She was diagnosed with Potter Syndrome and her parents were told it was fatal. 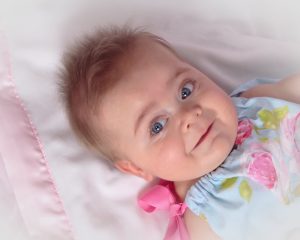 Abigail at age one.

“They took us into a back room and just said, ‘There’s nothing that can be done. Your baby’s gonna die.’ And we’re at this point, just, you’re weeping,” Herrera Beutler told Bash.

The doctor recommended abortion, saying that is the choice many women would be making, but the couple refused. Bash asked them if they considered abortion. Dan Beutler immediately said, “No.”

“Being able to hear the heartbeat and knowing that she, Abigail, had a heartbeat. We had this gut feeling of there has to be something – I mean, a doctor may say it, but she’s moving,” said Dan Beutler. “That’s pretty convincing. We know she’s still alive.”

Without kidneys there is a lack of amniotic fluid, and without amniotic fluid, the baby’s lungs can’t develop. Doctors were 100% certain that the baby girl would die. The couple decided not to keep the news to themselves, and they asked for prayers for their daughter. But as word spread and people reached out in support, others reached out to criticize.

But among all of the comments and reactions that come when your life is lived in the public eye, there was one person, a friend of a friend, who would change everything. He told the couple about an experimental treatment called amnioinfusion, in which saline is injected into the uterus, providing the fluid that the baby so desperately needs. It offered a glimmer of hope. 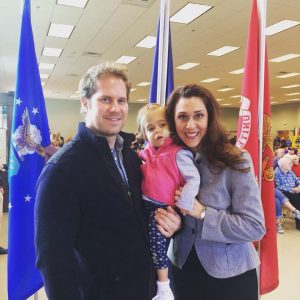 Unfortunately, the treatment was so experimental that the couple said most hospitals ignored their phone calls. They were finally in contact with a doctor at Johns Hopkins, but they had to push to get the help their daughter needed.

“It was almost a sales pitch,” said Herrera Beutler. “It’s not new technology. It was a willingness issue.”

Their determination paid off, and they finally were able to try an initial round of the treatment, and it worked.

“Immediately, when that fluid was introduced, her chest heaved and she began to breathe that fluid in,” said Dan Beutler. “And so you don’t know what’s happening, but you know that she’s doing what she’s supposed to.

Herrera Beutler began to receive the infusions on a regular basis in order to keep fluid in the uterus. She would drive over an hour each way in the early morning before heading to Capitol Hill to work. She told Bash that after four weeks of the infusions her daughter was much improved: her chest was opening up, her feet were no longer clubbed, and her lungs were now developing.

Then, five weeks after beginning the infusions and at just 28 weeks gestation, Herrera Beutler went into labor. Preterm labor is a risk with amnioinfusions. Baby Abigail was born in July 2013, and doctors didn’t hold much hope of her surviving.

“Someone said ‘Look down at your baby,’” Herrera Beutler told KOIN local news. “We looked. She looked up at us, tiny, 2 pounds, 12 ounces. She looked up at us and she opened [her] mouth, drew a breath, then cried. And that doesn’t happen if your lungs can’t breathe.”

Abigail had surgery, was put on dialysis, and became the first person known to survive Potter Syndrome. Now, she is helping others.

“The one thing we have committed and we know is true is maybe it took this to break through because now she’s not the only. She’s just the first. There are other babies who have survived because of her,” Herrera Beutler told Bash. “One just got her transplant last week, another two weeks ago.” 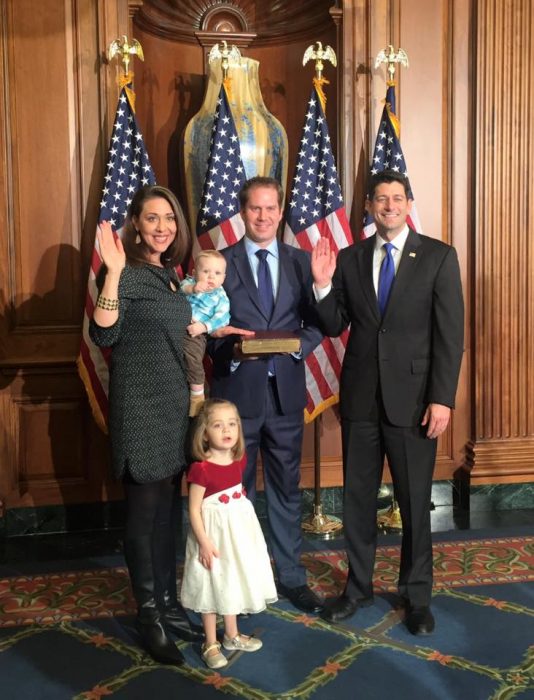 Taking the oath of office with Paul Ryan

Abigail remained on dialysis until she was big enough to undergo a kidney transplant. Her donor was her father, who had put law school on hold in order to care for Abigail while her mother returned to work in Congress. In February 2016, the two underwent surgery and Abigail received one of her father’s kidneys. In May of 2016, Abigail became a big sister to Ethan.

“He’s the next generation of leaders,” Herrera Beutler said of her husband. “[…] He’s showing my daughter, he’s showing my son that a real man looks at a family and says, ‘How can I help lead this family?’ He’s taking care of my baby, and he gave her his kidney, right? So he’s quite an amazing person. And I hope to get the chance to do the same for him.”

Now almost four years old, Abigail is doing well and Herrera Beutler is serving her fourth term in Congress. She proves that not only can children and a career mix, but that mothers are capable of great accomplishments if they are given the chance. Too many times women are told that they won’t be able to achieve their goals if they become mothers, and far too often they are told that they need to abort their children because of a prenatal diagnosis. And unfortunately, many women are far too quick in taking a doctor’s advice to abort.

Herrera Beutler is an inspiration, not just for women in politics, but for all mothers facing their unique challenges and frightening circumstances – especially those who are pregnant and considering abortion.

If pro-abortion women in Congress paid any attention to what Herrera Beutler has done as a mother in Congress, they would be helping women facing crisis pregnancies or prenatal diagnoses to succeed instead of sending them off to Planned Parenthood, where they are told they can’t have children and fulfill their goals. When CNN chose to feature a pro-life woman in Congress because of her pro-life actions, they helped to prove that it is in being pro-life that women are truly empowered.

“I’m honored to have been recognized in Dana Bash’s new series,” Herrera Beutler wrote on Facebook. “[…] Thank you for helping me to share my family’s story; it is my mission to serve Southwest Washington residents with the same relentlessness that led my husband and I to find a path to life for our little girl.”