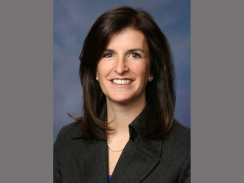 This is getting ridiculous.

Pro-choice folks aren’t too happy with the package of abortion restricting bills in Michigan’s House of Representatives. And they’re going to new extremes to gain support for abortion and ensure that it remains legal in all circumstances. The bills (part one has passed), which have been decried as the worst ever by the left-wing political blog Think Progress, would ban abortions after 20 weeks, outlaw the prescription of the abortion drug through a web chat or phone call, and require surgical abortion clinics to have a surgical suite.

A debate about the bills ended with one Michigan rep barred from speaking after she made an inappropriate statement in an attempt to stir up controversy. Rep. Lisa Brown claims she was silenced for simply using the word “vagina.” But, as reported by Fox News as well as every other news station, she actually said:

I’m flattered you’re all so concerned about my vagina. But no means no.

The difference between simply talking about vaginas and this statement is obvious, and Brown likely knew exactly what she said and the impact those words would have. She implied that the reps supporting the bill were interested in her sexually and that they were placing sexual pressure on her. Using the well-known anti-rape statement “No means no” clearly implied that she views her colleagues as would-be rapists. Yet Fox News reports that Brown doesn’t understand why her comment caused such a stir and was seen as offensive. She plays dumb, saying:

I used an anatomically correct word. I said vagina. Is there something wrong with that? Can I not say elbow? I don’t see the difference.

Rather than apologize for her immature and tasteless statement, Brown took it a step further and went on to perform “The Vagina Monologues” on the steps of the state capitol. If you haven’t heard of or seen it, read this. According to Life Site News, it includes the story of a 24-year-old lesbian getting a 13-year-old girl drunk before molesting her.

As reported by the Detroit Free Press, state Rep. Rashida Tlaib, D-Detroit, is calling on women to withhold sex to stop these pro-life bills, implying that sex is nothing but a ploy women use to get what they want and that men are nothing but slobbering fools who will do anything, including alter their convictions, for the opportunity to roll in the hay. Sex is not a game, and the notion that it is has gotten us into the trouble we are in, what with high unintended pregnancy and STD numbers, and rising divorce rates. Still, Tlaib thinks wives should refrain from sex in order to get what they want (she wrongly assumes all women want open access to abortion). She says:

We’re launching a war on women. Stop having sex with us, gentlemen, and I ask women to boycott men until they stop moving this through the House.

Women don’t want men to view them as sexual objects, but they can imply that that is exactly what women are and then use that to get what they want? You can’t have it both ways.

No one disagrees that standards should be high in an operating room. But the standards set in abortion clinics by this bill will result in higher costs for the patient and the clinic, possibly causing many clinics to shut down and leaving many women who wish to get an abortion out of luck.

According to them, abortion should be cheap. But what about life-saving surgeries, including lung transplants or brain surgery? Here’s the thing: if someone needs a new heart, he is expected to find a way to pay the enormous cost. So if someone wants an abortion, why should she get to pay little to nothing? This makes no sense. Few women can list “medical” as their reason for abortion. Abortion is a “want.” Transplants are a desperate “need.” When pro-aborts say that setting higher safety standards will mean charging more money, and then fewer women will be able to receive an abortion, they are actually worried about their own wallets. Abortionists are afraid of losing business. If they cared about women, they would want them to have the best care possible. After all, what woman doesn’t want her surgeon held to high standards?

StateNews.com doesn’t stop there. The publication goes on to write about how terrible it is to give birth to a child with special needs:

Many abortion clinics in Michigan offer procedures through the 24th week of pregnancy; this new rule would give women one fewer month to make a very difficult decision[.] …

Mothers whose babies develop severe health defects in the 21st week then are subjected to seeing their baby suffer, and then eventually die either before, at or a short time after birth, proceeding to the same result as an abortion.

No woman should have to deal with the emotional turmoil caused by giving birth to a stillborn baby or watching her baby die after the first few months of birth when she could have had the option to avoid it.

They said it: abortion is the same as death after birth. In addition, saying that no woman should have to deal with the loss of a child is true. No mother should go through that. But no child should die at the hands of her mother.  I think it’s safe to say that giving birth to a dead baby through abortion is the same as giving birth to a stillborn baby, except for the fact that the baby would have died naturally, not through murder. And yes, watching your baby die after a few hours, days, months or years of struggled existence is painful, heartbreaking, and emotionally draining. But there will be memories, love, and even some joy. There could be memories of that baby grasping her mother’s finger, gazing into her father’s eyes, or snuggling up to her mother’s warm body. But even if a parent doesn’t get those memories, there will be the love, the hope, the strength to celebrate. There could even be a miracle, and the child may live.

The historic pro-life bills of Michigan mark another step in the long-awaited change that is coming. These bills bring hope to pro-lifers, and at the same time are causing stress in pro-abortion circles. Chaos is working to keep pro-life activists off-track. So while pro-life Americans pause to celebrate these achievements, their eyes should be ever fixed on the future.