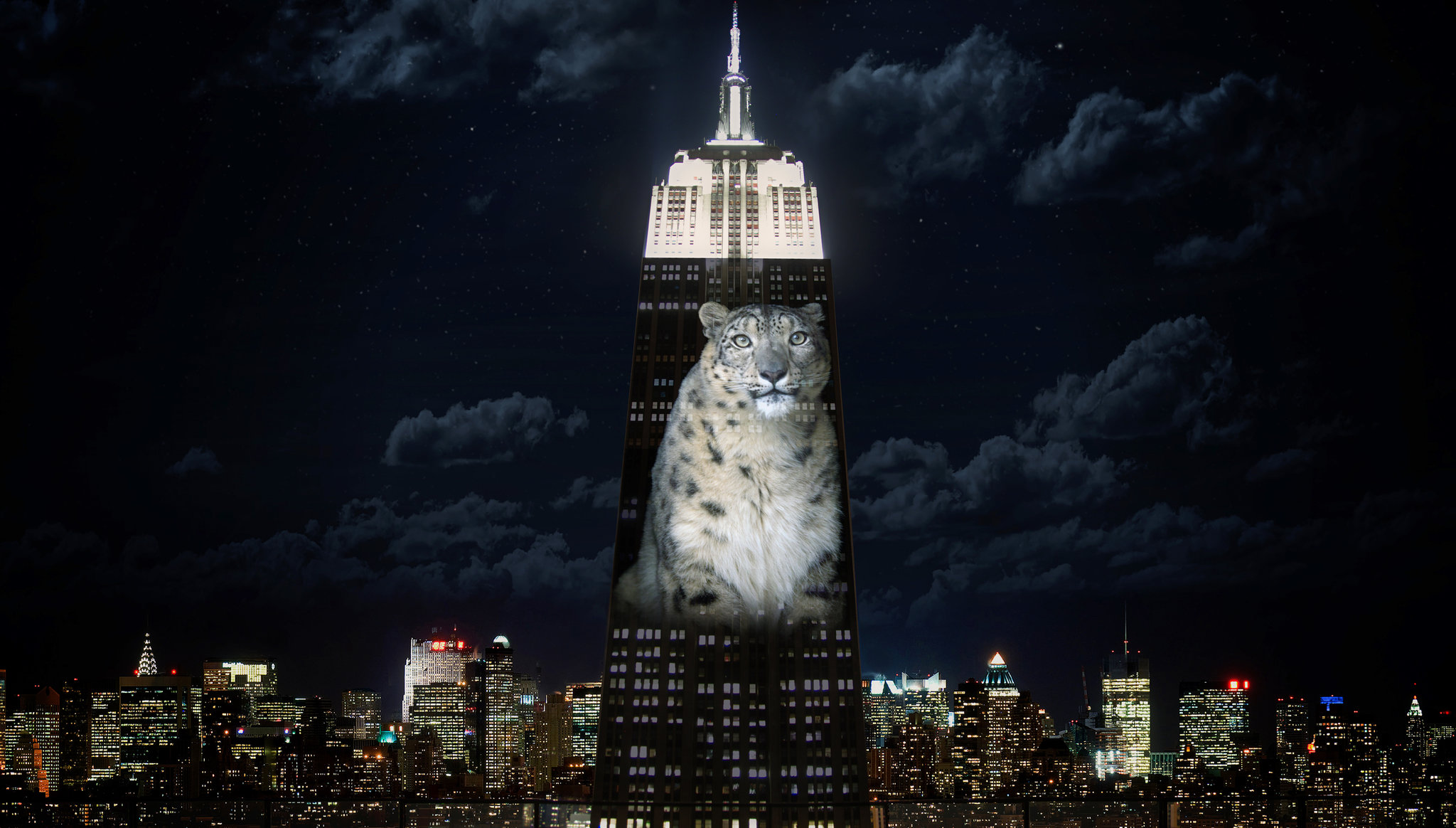 Even coming from the pro-choice community, this sort of ‘Save a Lion, Kill a Baby’ disconnect is downright stunning.

A Soho billboard with the face of a human child representing a saved human life is taken down, but an eight-minute video looping images of imperiled animals covering 33 floors of the southern face of the Empire State Building is allowed to stay up without protest?

Let’s jump back four years. In 2011, in honor of Black History month, two pro-life groups, Life Always and ThatsAbortion.com, contracted to have a billboard hung in New York City, where more African American babies are aborted than born.

The billboard at 6th Avenue and Watts Street in Soho depicted a little African-American girl in a pink cotton dress with a white bow in her hair and an apprehensive expression on her face. The message on the billboard read, “The most dangerous place for an African American is in the womb.” At the time, Life Always board member Pastor Stephen Broden said that “During Black History Month, we celebrate our history, but our future is in jeopardy as a genocidal plot is carried out through abortion.” The Life Always statement was correct: “There is a battle being waged in the United States that has taken more lives than any foreign war or act of terrorism. The enemy is abortion.”

Planned Parenthood, the national, government-funded organization now being exposed for selling aborted baby body parts, has a clinic just a half-mile from where the controversial billboard was posted. In the year prior to the billboard’s debut, three nearby Planned Parenthood clinics reportedly aborted 17,000 babies.

The risk of losing that kind of brisk business in the African-American community may be why, together with pro-choice reverend Al Sharpton, Planned Parenthood asserted that the billboard was a racist attack against a woman’s right to choose.

Maybe Al Sharpton and Planned Parenthood president Cecile Richards could explain how attempting to save black lives translates into racism? Or how #BlackLivesMatter when they are snuffed out at such an alarming pace by the abortion industry?

While we wait for that explanation, we need to remember that the accusation of racism is a dependable ally. That must be why Rachel Noerdlinger, spokesperson for Sharpton, claimed that the billboard, which was eventually taken down, “[exhibited] classic racial profiling.”

It was during the brouhaha that Planned Parenthood – who we now know hacks up more black babies than white babies, especially in NYC, and sells their little baby body parts to the highest bidder – said that Life Always was “using a divisive message around race to restrict access to medical care.”

What everyone isn’t aware of just yet is that Planned Parenthood is to medical care what death panels will be to Obamacare.

During the controversy, public advocate/current NYC Mayor Bill de Blasio called the ad “grossly offensive” and called for its removal. Based on that sort of public outcry, the decision to remove the billboard was eventually made by Louisiana-based Lamar Outdoor Advertising, the company hired to hang the signage.

After the billboard was removed, Noerdlinger said “the Rev. Sharpton salute[d] the company.”

So let’s sum up: A pro-life group spends its own money and hires an advertising agency to assist them in exercising their First Amendment right to free speech. Then, calling it offensive, an oxymoronic pro-choice reverend and an abortion organization with cleaner lab coats and better post-abortion snacks being the only things that differentiate them from baby-killer/butcher Kermit Gosnell, manage to get the billboard taken down.

Maybe instead of suggesting black women are easily manipulated, it’s about time black women were made aware that in 2012, although blacks comprised 17% of the population of Manhattan, black unborn children suffered 42.4% of the total abortions.

What went on in 2011 is relevant in 2015. The same city in which a company was bullied into removing a billboard of a black child (issuing a warning, which happens to be a fact, about abortion) thought it fitting to project the photo of the slain Cecil the Zimbabwean lion onto the Empire State Building.

The project’s creator, Louie Psihoyos, founder of the Oceanic Preservation Society, said he wanted to do the Empire State Building display to “start a conversation.”

Starting a conversation about the disproportionately high numbers of black babies aborted in the Big Apple is exactly what pro-life groups were attempting to do in 2011.

Mr. Psihoyos, who also directed the Oscar-winning 2009 documentary “The Cove,” a film that exposed Japan’s gruesome dolphin-hunting industry, reminisced that in 2011, the same year that the pro-life billboard was banned, the top portion of the Empire State building was lit up red to symbolically depict the blood of the marine life slaughtered in “The Cove.”

So, with the approval of pro-abortion deniers of free speech, around the time the Empire State building was mourning the blood of dolphins, the blood of African-American babies, some of whom might have been saved by a banned billboard, was being spilled in a Planned Parenthood clinic in Soho.

Psihoyos was granted the right to converse; the pro-lifers were told to shut up.